I laughed when I saw The Washington Post headline: "Minneapolis had progressive policies, but its economy still left black families behind."

The media are so clueless. Instead of "but," the headline should have said, "therefore," or "so, obviously."

Of course, progressive policies failed! They almost always do.

"If you wanted a poster child for the progressive movement, it would be Minneapolis," says Republican Minnesota Senate candidate Jason Lewis in my new video. "This is the same city council that voted to abolish the police department."

The council, which has no Republicans, spends taxpayer money on most every progressive idea.

They brag that they recycle most everything. They have a plan to stop climate change. They tell landlords to whom they must rent. They will force employers to pay every worker $15 an hour. They even tell supermarkets what cereal they must sell.

Despite such policies, meant to improve life for minorities and the poor, the Minneapolis income gap between whites and Blacks is the second-highest in the country.

While that surprises the media, it's no surprise to Lewis, who points out, "When you take away the incentive for work and savings and investment, you get less of it!"

Exactly. When the government sends checks to people who don't work, more people don't work. Guarantees like a high minimum wage raise the cost of potential workers, so some never get hired. High taxes to fund progressives' programs make it difficult for businesses to open in the first place.

Lewis says; " I've been touring businesses that were burned. They did not mention global warming, recycling or the environment one single time. You know what they say? Give me low taxes and give me public order."

Lewis says Minnesota is now a "command and control economy. ... They're not even shy about it. (Congresswoman) Ilhan Omar said we need to abolish capitalism!"

Not exactly. But Omar did call for "dismantling the whole system of oppression," including America's economic systems that, "prioritize profit."

Lewis says she wants to create "equal poverty for everybody."

No, I push back, "She thinks her ideas will lift everybody up."

"Show us, Ilhan," he responds. "Where has it worked? Everything that you're proposing hasn't worked!"

But Cam Gordon, a current Minneapolis councilman, tells me the city's economic "disparities were caused by a long trail of historic racism."

He tweeted: "Time to end capitalism as we know it."

He says that would be good because "We could have more democratic control of our resources." Cam Gordon is the kind of guy who gets elected in Minneapolis.

"Every alternative to capitalism brings stagnation and poverty," I say to him.

Gordon answers, "I think we can take care of each other better."

Lewis points out that before COVID-19, "the people gaining the most were at the bottom end of the wage scale. Women, Hispanics, African Americans were gaining the most. A rising tide truly lifts all boats."

He's right again. In the past 50 years, while progressives attacked profits, capitalism -- the pursuit of profit -- lifted more than a (SET ITAL)billion(END ITAL) people out of extreme poverty.

When I point that out to Gordon, he simply ignores my point about fabulous progress around the world and says: "The problem with capitalism as we know it is this idea that we have to have constant growth. ... Capitalism got us the housing crisis right now and ... climate change. It's actually going to destroy the planet."

Sadly, today in America, the progressives are winning. 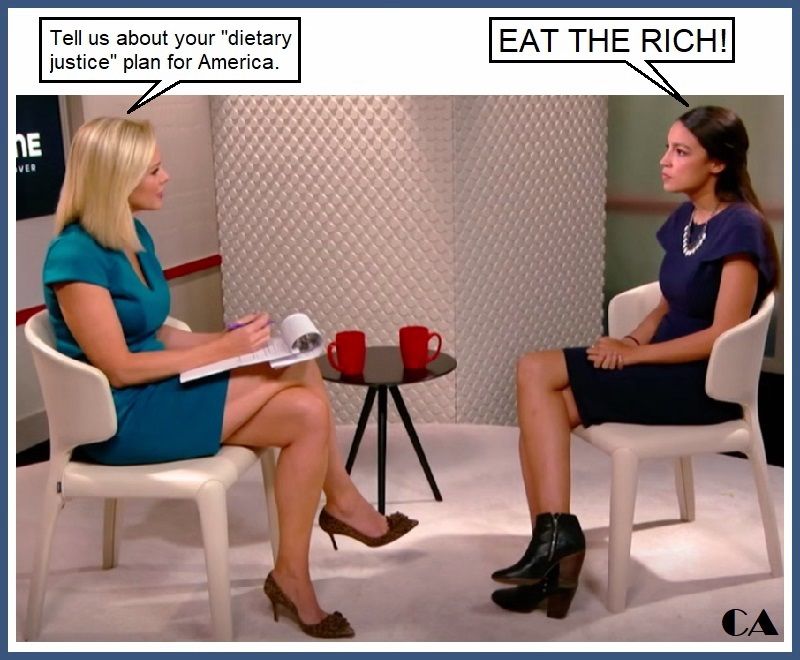 that’s what it is meant to do. And like the article says you don’t give a **** about global warming, the environment or social justice when your business was just burnef down to the ####ing ground.

I’m guessing Confederate statues aren’t that important to you either at that moment.

Almost always? When have the ever succeeded? Well, sometimes they are designed to punish someone or some group and those work really well so I guess the author was technically correct.

1) They seem to think that capitalism -- the pursuit of profit -- is somehow racist. I'd like that explained to me.
2) They seem to confuse capitalism with a pyramid scheme which stays afloat only while it receives an influx of new suckers but which inevitably collapses. No. That's not capitalism. That's social security.
3) Capitalism does not require constant growth. Capitalism provides constant growth. It's about wealth creation. Which is a good thing. Socialism has no mechanism for wealth creation. Capitalism, however, is always pursuing profit, always creating wealth, always expanding the pie. That growth is what makes life better for people.