“Hello, old chap, you got stuck with the big decision, didn't you?"

“Say—I’m swimming in glowing press, I am. Don’t you wish you were? But of course you’d druther work on reopening the economy — wouldn’t you? Even if people gonna criticize you if it ain't picture perfect afterwards.”

Donald contemplated the Governor a bit, and said: “What do you call work?”

”Donald resumed his hard work, and answered carelessly: “Well, maybe it is, and maybe it ain’t. All I know, is, it suits Donald Trump.”

“Like it? Well, I don’t see why I oughtn’t to like it. Does a man get a chance to reopen the world's biggest economy every day?”

That put the thing in a new light. Andrew stopped nibbling his apple. Don coordinated with his task force — Andrew watching every move and getting more and more interested, more and more absorbed. Presently he said:

“Say, Don, let me open up the economy, just a little bit.”

Don considered, was about to consent; but he altered his mind:

“No—no—I reckon it wouldn’t hardly do, Andrew. You see, Aunt Polly, I mean, the economy is awful particular about how she restarts.  Yeah it’s got to be done very careful; I reckon there ain’t one man in a thousand, maybe two thousand, that can do it the way it’s got to be done.”

“Andrew, I’d like to, but the economy — well, Gavin wanted to do it, but he wouldn't a done it right; Phil wanted to do it in his State, and I told him he'd just mess it even more than he has already. Now don’t you see how I’m fixed? If you was to reopen your economy and anything was to happen to it—”

Don gave up the decision with reluctance in his face, but alacrity in his heart. And while the governors began to sweat over how much heat they would take if they messed up by just a few days, Donald sat on the big chair in the Oval Office, called a press conference and planned the slaughter of more innocents. There was no lack of material; governors spoke out every little while; they came to jeer, but remained to work. By the time Andrew figured out what happened to him, Don had traded Gavin the chance to reopen on his State in exchange for a compliment; and when he played out, Phil had signed up make the hard call in his State in exchange for having to do his own testing — and so on, and so on, hour after hour.

And when the middle of the afternoon came, from being a mocked authoritarian in the morning, Don was literally rolling in plaudits for his restraint. He had had a nice, good, time all the while — with plenty of company! If he hadn’t run out of time he would have called the bluff of every Democrat in a State House.

Don said to himself that it was not such a hollow world, after all. He had discovered a great law of human action, without knowing it — namely, that in order to make a Democrat embrace a thing, it is only necessary to tell him that Donald Trump opposes it. 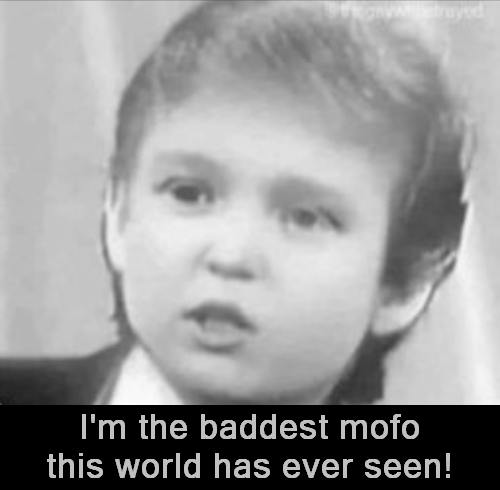 The Donald said once that he wears his hair the way he does because that’s the way his mom combed it. You can see in this picture that he hasn’t changed that style....

Nice, that was very Samuel Clemens!!

Why that’s mighty kind of you,

I am deeply awed. Take a bow!

Enjoyed this very much.

The President is a Master Troller.

In the last presser there was not even one question about
state powers under the Constitution.

“Hey, I didn’t get a Harrumph out that guy. You better watch your A$$ buddy.” Gov William J. La Petomane

Many east coast FRiends are going to miss this post.

Will do. Thanks for the suggestion.