WASHINGTON — House Democrats were prepared and passionate as they laid out over three draining days in the Senate a detailed argument for impeaching and removing President Trump. What they do not appear to have been is persuasive to the critical handful of Republicans who hold the key to their immediate objective: gaining access to witnesses and documents that could cement their case.....

“The House made a decision that they didn’t want to slow things down by having to go through courts,” Ms. Murkowski said. “And yet now they’re basically saying ‘You guys — the Senate — got to go through the courts. We didn’t, but we need you to.’”...

Republicans have long argued that the Democrats’ main aim is to use impeachment to increase their chances of winning the White House, holding the House and seizing the Senate this fall by energizing their voters, independents and Republicans uncomfortable with Mr. Trump while putting endangered Senate Republicans in the hot seat. That has irritated Republicans, sharpening their determination to stick together and push back against the efforts to prolong the trial.

“There has never been a likelihood in a partisan impeachment that you would remove the president, so you have to look at what else it might be about,” said Senator Roy Blunt of Missouri, a member of the Republican leadership. “And it is all about politics.”

TOPICS: Government; News/Current Events; Politics/Elections
KEYWORDS: impeachment; senate; trial Navigation: use the links below to view more comments.
first 1-20, 21-40, 41-44 next last
Some actual truths from the Slimes. Failed to mentioned the Dim presentation bored the American People to death so they switch channels.
1 posted on 01/25/2020 3:46:47 AM PST by where's_the_Outrage?
[ Post Reply | Private Reply | View Replies]
To: where's_the_Outrage?

So far I’ve donated to Trump twice...Then to my congress critter, and several other such as John James for Senate.

I agree, sitting naked on stinging nettles while watching a PBS documentary on paint drying would be less painful. There was nothing new. Murkowski seems to have finally figured out the Democrats game. Schiff and the Democrats still hasn’t figure out you don’t make allies by insulting the people with whom you want to form an alliance.

the House of Representatives shall file its record with the Secretary of the Senate, which will consist of those publicly available materials that have been submitted to or produced by the House Judiciary Committee, including transcripts of public hearings or mark-ups and any materials printed by the House of Representatives or the House Judiciary Committee pursuant to House Resolution 660. Materials in this record will be admitted into evidence subject to any hearsay, evidentiary, or other objections that the President may make after opening presentations are concluded. ...

And after those possible fireworks, we get senators questioning the parties.

8 posted on 01/25/2020 4:05:42 AM PST by Cboldt
[ Post Reply | Private Reply | To 1 | View Replies]
To: where's_the_Outrage?
Using detailed evidence manufactured by Democrat supporters, we present our version of the Steele report to demonstrate that the sitting president, the chief executive, was attempting to use his power to investigate obvious bribery by a foreign company of the vice president's son and that the previous administration used aid funds to get what they claim was a corrupt prosecutor to be fired.

This was obviously done by THIS president to help him in the elections; when the sitting vice president who had aspirations for running for president did it, it was not. Of course, by defending the former vice president, House managers opened the door on the topic (and associated topics like making up even more evidence to wiretap the Trump campaign.)

But hey, we want you to go waste the remainder of your term (and please stop confirming judges) in long drawn out court battles to see if there's any actual evidence of there being an unspecified crime that the president obstructed us from manufacturing, err, finding.

Oh, and voters, please remember Orange Man Bad. We're not lying this time, like we did about ‘if you like your doctor you can keep your doctor.’ Vote D!

9 posted on 01/25/2020 4:07:52 AM PST by kingu (Everything starts with slashing the size and scope of the federal government.)
[ Post Reply | Private Reply | To 1 | View Replies]
To: P.O.E.
All I heard so far from the Democrats are lies and more lies. Right now they probably have staffers working overtime writing questions to hand out to brain dead senators to ask during the Question phase next week. This farce has to end, NO WITNESSES!

Overwhelmed by even more lies from the Slimes....As usual. The Slimes is pathological when it comes to reporting on Donald Trump.

Will all 47 democrats willingly infect themself with the Schiff TDS virus?

13 posted on 01/25/2020 4:20:30 AM PST by ronnie raygun (nick dip .com)
[ Post Reply | Private Reply | To 1 | View Replies]
To: Russ
My only problem with calling witnesses is, it will probably drag this sham on for another 5 months, which is nonsense. I'd really like subpoenas sent to the fake whistle blower, Alexandria Chalupa, Hunter and Joe, Adam Sch*tt and that slimy ICIG Atkinson to be put through the wringer on the witness stand.
There are times that I think Pelosi and her cabal of gangsters have ulterior motives of dragging the Senate hearings on and in, in order to kneecap Bernie Sanders and stop the GOP Senate from confirming judges. In addition to driving down Trump's numbers of course.
14 posted on 01/25/2020 4:33:30 AM PST by SmokingJoe
[ Post Reply | Private Reply | To 10 | View Replies]
To: where's_the_Outrage?

So after Schiff and Jabba the Hut droned on for days, saying the same thing over and over, Republicans remain unconvinced ... and NOW Team Trump gets to present the REAL truth ...

including the bogus Steele dossier, the fake FISA surveillances, the co-ordination among Obama holdovers (like Ciaramella and Vindman), the coordination between Schiff and Ciaramella, the rampant Biden corruption ...

starting today, it ALL comes out, everything the Democrats and their Big Media pals don’t want to talk about 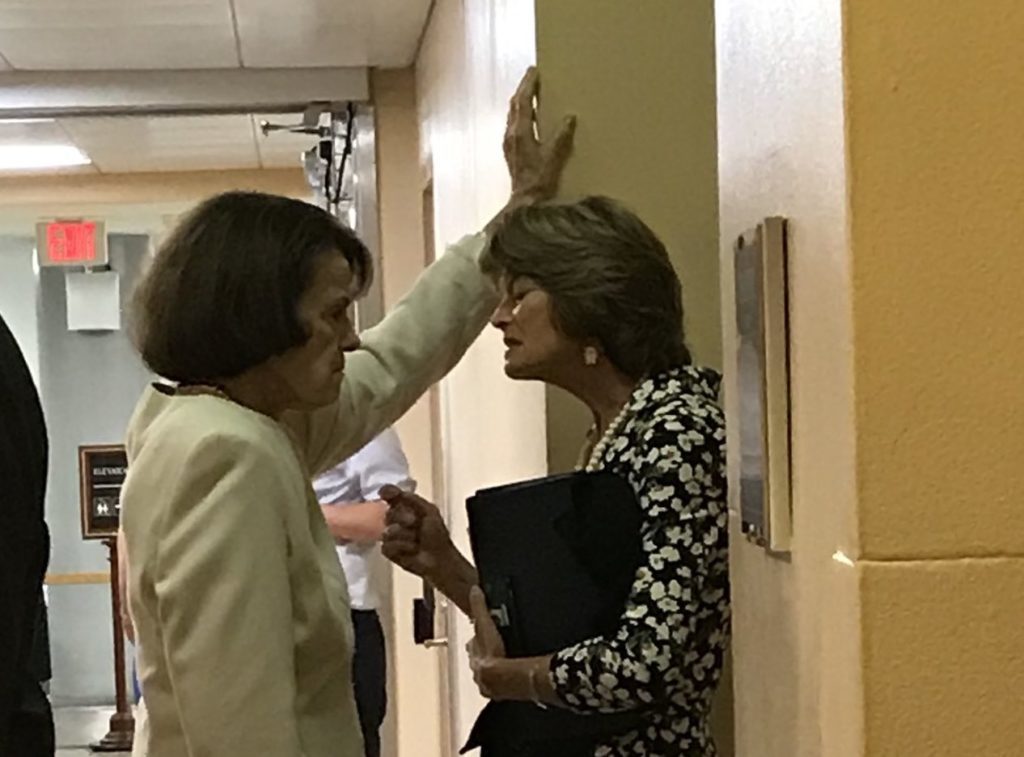 Yep - I listened to the President’s guy’s opening remarks and then Schiff started - after about 40 minutes, I couldn’t take anymore because he was already recycling his comments by restating what he has already said....

Feinstein... the face you make when you realize someone stole your last pair of Depends.

The Democrats are asking for the worst thing for them - a hand grenade with the pin already pulled - because the President WANTS witnesses and his chance to testify. I'd like to see their lies and corruption brought out into the light. If Lindsey Graham and others are caught squirming in that mess so much the better.

Prepared? no, not really

It is reported that the same information and graphics were presented over and over. By presenting what amount to be reruns, the managers were in fact not prepared with enough evidence to fill the allotted time