A group of freshman House Democrats are on a private crusade to get Rep. Justin Amash (I-Mich.) appointed as an impeachment manager, according to a new report.

The group, led by Rep. Dean Phillips (D-Minn.) and consisting of about 30 freshman Dems, has asked House leaders to consider Amash as a potential manager, the Washington Post reported.

The now-independent congressman was formerly a member of the GOP and the House Freedom Caucus until earlier this year, when he publicly argued that President Trump had committed impeachable offenses based on former special counsel Robert Mueller’s report.

His comments, along with a blistering op-ed in the Washington Post slamming partisan politics without mentioning the president by name, drew the ire of Trump, who responded by calling him a “total loser.”

Remember when the Clinton impeachment manager set up a private room where reps could go to view evidence?

Going into that room, they were mostly in favor of acquittal. Coming out, they voted to impeach.

The senate majority leader refused to let senators see that evidence, and Clintstone was not removed from office.

They should make that evidence public.

Has that trojan horse / RINO / troll said or done anything about this?

When the little corksucker puts a For Sale sign on his home and moves to Detroit and the hell out of West Michigan.

Amash would be a fool to willingly put his hands on the flaming bag of feces the Dems want to hand him.

6 posted on 12/16/2019 4:02:58 PM PST by bitt (When the law enforcers turn out to be the law breakers, then we have totally upended the rule of law)
[ Post Reply | Private Reply | To 3 | View Replies]
To: dsc
The senate majority leader refused to let senators see that evidence, and Clintstone was not removed from office. 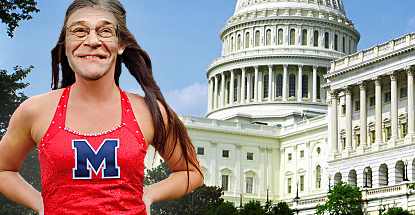 Bill Clinton and Trent Lott both had Dick Morris as an advisor.

That s.o.b. Is my rep. Can’t wait till he’s officially my former rep, not that I voted for him to be my rep. Total jerk.

Hope they do choose Amash.

He is a royal f**k up and he will screw them up royally too.

Schiffty is so dirty he has necessarily found a virtue signalling hidey hole with the Armenians and others back in California.

Schiffty does nothing but virtue signal now, like a newly reformed hooker. He has brought shame to the country, The Constitution and to his so called Party.

Prob true but he seems to be the new image of the carpetbagger - he fooled the local tea party into believing that he was a patriot in order to get elected. Once elected he immediately turned his back on the stupid yokels and made a lucrative business deal with the ChiComs.

Who can say whether he will get re-elected? He has his already and has shown his willingness to sell his soul to the perceived winners... a real true contemporary DC swamprat carpetbagger.

Frankly, his constituents should tie him to a pole and tar and feather him. He will still prob be a rich so-and-so but they will have the satisfaction of showing that the rubes are not sheep.

Amash is an opportunist and will sell out to the highest bidder. Should nickname him “Little Benedict Amash”.

Don’t disagree, but he’d have to be an epic-level moron to touch this tar baby.

Amash is a worthless POS who can’t decide if he’s a libertarian or a Democrat so he keeps trying on hats. Now he’s fled the GOP one step ahead of being kicked out and now he’s an independent. What he really is is a chinese businessman who got butthurt when Trump started putting the tariffs on Chinese imports and it hurt his family’s business income.

As they say in the South, “ Welcome to the briar patch”.

15 posted on 12/17/2019 8:47:26 PM PST by MadMax, the Grinning Reaper (Figures)
[ Post Reply | Private Reply | To 13 | View Replies]
To: Libloather; fieldmarshaldj; Impy; LS; NFHale; GOPsterinMA; campaignPete R-CT; AuH2ORepublican; ...
Heh. Remember when those of use who opposed this loose cannon turd in the GOP primary were accused of being part of the "GOP-E"? Amash defenders on here have gone underground pretty quickly.

Amash as a House Impeachment Manager would be Must See TV. Hell, give him the Henry Hyde role of being the lead manager. Whereas Hyde was dignified and reflective, Amash would be a foaming-at-the-mouth demagogue and accuse Trump of violating every single clause of the U.S. Constitution. He'd be one of those soap opera TV movie lawyers. He'd love to get his face on TV constantly as the face of the pro-Impeachment crowd and the RATS would use this ex "Tea Party" loon to try and claim Impeachment is "bipartisan" though even the world's biggest RINO wouldn't be caught dead supporting it.

I'm not sure which would be more entertaining, Amash as Impeachment Manager or Alexandria Osacio-Cortez as Speaker of the House. Amash has a law degree but only practiced law very briefly and I'm not even sure if he has courtroom experience. He could be easy outmaneuvered in a real courtroom setting against any real lawyer the White House has, and I'm sure his tactic would be to claim anything and everything he disagrees is unconstitutional. He'd get increasingly unhinged as his baseless "objections" were voted down time and time again by 100-0 votes.

Really, the only one who be uncomfortable with this scenario is Rand Paul, having to sit there and watch his little buddy bury himself.

“DarkSavant” defended Amash to you in that thread and his last post is from this May, agreeing with DJ that Amash is a losertarian tool, lol.

I was noticing House Atreides was all over me in that old thread defending Amash. How do you feel about him now, H.A. ? Told you he was a nutjob.

18 posted on 12/22/2019 8:30:09 PM PST by fieldmarshaldj (Dear Mr. Kotter, #Epsteindidntkillhimself - Signed, Epstein's Mother)
[ Post Reply | Private Reply | To 17 | View Replies]
To: thoughtomator
Amash would be a fool to willingly put his hands on the flaming bag of feces the Dems want to hand him.

Let the freshRATs have what they want.

(what do they know about anything?)

HOW DARE YOU QUESTION AMASH'S PATRIOTISM!!! HE STANDS UP FOR THE CONSTITUTION AND JUST VOTES THE WAY THE FOUNDERS WOULD!! YOU ARE GOPE! GOPE! GOPE!