U.K. Prime Minister Boris Johnson appears to be steaming toward the parliamentary majority he desperately desires to pass his Brexit deal and end the gridlock in Westminster.

Why it matters: Thursday’s vote is the culmination of three years of intense efforts to deliver Brexit, and to block it. The rocky road Johnson has plodded along since replacing Theresa May in July would become much smoother with a resounding electoral mandate.

Driving the news: This has been a brutal campaign fought by two leaders who are disliked and distrusted by broad swaths of the public.

Breaking it down: James Johnson, who ran Downing Street’s polling under Theresa May, gives the Conservatives a 75% chance of a parliamentary majority.

Numbers to watch: Johnson's bar for success is the 326 seats needed for a majority, though he might keep the top job if he falls just short.

If it’s anything like Canada - and with multiple parties, the comparison seems apt - then 43% is enough for a big majority

BoJo has gotta win ... there’s just no comparison between his optimistic attitude and Corbyn’s dour brooding ... even us outsiders can see that

Sure hope Mr. Johnson wins. He is the man for the job.

Corbyn’s motto appears to be “Back to the 70’s”, when Labour’s sclerotic left-wing economic policies left Britain with high unemployment and out-of-control labor unions that struck repeatedly and whimsically. 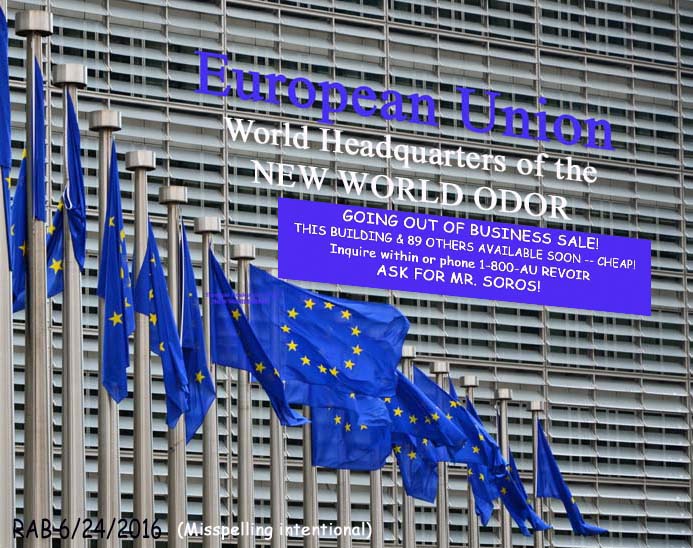 Will Britain stop holding elections for a while after this?
It seems no matter what happens, there is always a new election coming up six weeks later. It has to be maddening for the Leavers. No more Mulligans!!

The most important thing is the margin between Conservatives and Labour.

Tomorrow afternoon the big final seat projection from the people that were on the money in 2017 will be released.

It depends on the margin of victory and how many MORE seats the conservatives take.

IF the margin of victory is small, welcome back GRIDLOCK.

If Bojo wins a majority, it’s going to be 5 years of weeping and despair for lefties and remainers. If he doesn’t, more deadlock and another election within a couple of years to try and get a majority.