Attacker At Florida Military Base Was Member Of Saudi Military, ‘Was An Act Of Terrorism,’ Congressman
DailyWire.com ^ | December 6th, 2019 | Ryan Saavedra

Rep. Matt Gaetz (R-FL) said on Friday that the individual who opened fire at Naval Air Station Pensacola was a member of the Saudi military and that the attack "was an act of terrorism."

The foreign national attacker killed at least three people and injured several others who were sent to a nearby hospital for treatment.

Gaetz responded to the attack by calling for "extreme vetting" of those who are allowed into the United States and who train at U.S. military bases.

"Major news organizations are now reporting the information that we began to learn earlier this morning that it was a Saudi Arabian military official in Pensacola, in our community for training, who committed these murderous acts and this terrible, terrible violence at NAS Pensacola," Gaetz said. "I think it's important for us to know a little bit about why Saudi Arabian officials are in our community."

"Training is a critical part of the mission that we engage in in NAS Pensacola," Gaetz continued. "One way that we leverage that training is to ensure that our allies around the world are capable and familiar with U.S. systems, that they're comfortable working with U.S. officers, and that we have an interoperability in our lexicon and in the way we engage in battle."

"This event represents a serious failure in the vetting process and in the way in which we invite these people into our community," Gaetz continued. "So today, as we learn more as the investigation continues to unfold … I'm going to be very active in working with the Department of Defense and the Department of State to ensure that we have extreme vetting for the people that come into our country on our bases and in our communities."

In a subsequent tweet that featured a video of Gaetz appearing on CNN, Gaetz wrote: “This was not a murder. This was an act of terrorism.”

The U.S. Navy confirmed on Twitter that the attacker, who was an aviation student, is dead.

Heavy.com noted some of the history surrounding the military base, with respect to past incidents involving terrorism:

In the aftermath of the attacks on 9/11, Newsweek reported that three of the hijackers had the addresses on their driver's licenses listed as being at NAS Pensacola. The article notes that Naval Air Station Pensacola is known as the "Cradle of U.S. Navy Aviation."

The Navy Times reported in February 2016 that NAS Pensacola officials had increased security measures at the base, after the base had been known was "unusually open" for years.

The Pensacola News Journal reported in September 2019 the "new, top-secret classrooms" had been built on the base to counteract the threat caused by cyber terrorism. 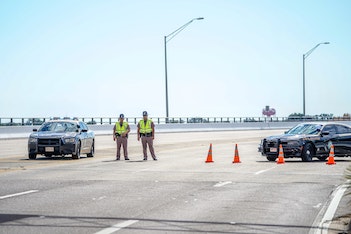 Tweets available at link, but I do not know how to copy for this ppost

Why Military Bases Have Proved Vulnerable to Mass Shootings

get these GD Muslims out of our country!! 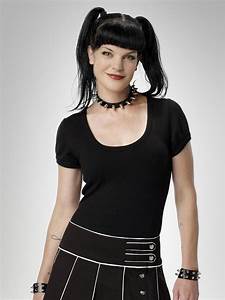 So she refused to date the Saudi perp? Alleged that is.

I wish these Republicans would call it what it is: Islamic terrorism. -Tom

Take the 6 remaining of this cadre and imprison them in Guantanamo bay for interrogation. The three filming the event need to be interrogated via water boarding so we can get the details of their network back in Saud.

I could be wrong, but I think the other 6 people involved here would suffer more serious consequences from the Saudi government than they would from ours. The royals in power there now really will show no mercy and swift justice will play out.

I think the other 6 people ...would suffer more serious consequences from the Saudi government than they would from ours....

I agree. Why bother with investigations, trials, etc. Return them and inside a month, there will be confessions and heads will be rolling in the Riyadh square.

Amen!! I just emailed the President@ White House. gov that he needs to immediately put a moratorium on Saudi military training at US bases. The vetting process obviously doesn’t work and until a REAL investigation is complete our military should not be at risk from terrorist attacks on any military base in the US. Send them all home NOW - if Saudi Arabia is the ally the President says they are they will accept a moratorium readily and get a handle on their people. Seems like their response to such an action would reveal just what an ally they are. Everyone let the President know he needs to act and protect our military. We have had enough of the Bush -Obama bowing and scraping to Saudi Arabia and making excuses.

“I could be wrong, but I think the other 6 people involved here would suffer more serious consequences from the Saudi government than they would from ours. The royals in power there now really will show no mercy and swift justice will play out.”
```````````````````````

My guess is that if they prove to have been part of it and we ship them back to Saudi instead of imprisoning them here then their heads will be separated from their shoulders within 24 hours of landing there.

If they are Saudi nationals, especially if they are members of their military, I have no problem letting their government deal with them.

one plane all of the sauds on the base or within 50 miles of the base.

Well, that gets justice for the victims as well as having a deterrent effect on others. I call that win/win.

19 posted on 12/07/2019 1:52:28 PM PST by Emmett McCarthy
[ Post Reply | Private Reply | To 16 | View Replies]
To: UMCRevMom@aol.com
<>This report has been updated to accurately state that the alleged attacker killed three individuals, not four. The fourth person who was killed was the alleged attacker<>

H.L. Mencken would have bitch-slapped the reporter.