All 13 Texas Democrats in Congress support impeachment or are at least open to it, after five holdouts joined the chorus in the hours before her announcement, some more enthusiastic than others.

Texas Republicans remained unified in their opposition to impeachment, even as Democrats around the country lined up to demand impeachment on Tuesday, projecting a sense of unity and momentum.

The first from Texas who hadn't already demanded Trump's ouster was Fort Worth Rep. Marc Veasey, long a holdout, who said he's ready to vote for impeachment immediately.

Four others -- Dallas Reps. Eddie Bernice Johnson and Colin Allred, Laredo Rep. Henry Cuellar, and Houston Rep. Lizzie Fletcher -- said for the first time that they're ready to begin proceedings if the White House refuses to turn over a whistleblower complaint alleging misdeeds by Trump in his dealings with Ukraine, or as other evidence emerges against him.

"If the decision is made by the president and his administration to withhold this information from Congress, or if the allegations of his abuse of power are substantiated, I will be placed in a position where I must fulfill my constitutional duty and support impeachment proceedings," said Johnson, dean of the Texas congressional delegation and chair of the House Science committee.

Pelosi is being held hostage by the MEntally Ill wing of the Democratic Socialist Party that she helped to cultivate.

Dummies. Wait till the transcript is released. It’s going to be hilarious to watch this go down in flames.

Still sore about losing in 2016

Stand up a national civilian militia to support the ban

Ukraine has implicated Biden, the State Dept and the Obama Administration with his video.
The DNC has no choice.

They really, REALLY want to give back the House, don’t they?

They’re seeing Trump’s numbers rise lately and are in a panic.

Why else take such a gamble that has real potential for disaster?

Media driven call for an impeachment vote. Maybe the House approves it. Never passes the Senate. Good theatre. Hours and hours of programming. In reality, nothing happens. But hopefully ratings go up. Enough to cover bills.

They'd never be going down this road if they thought they had a chance in hell of beating Trump in 2020.

A “news” entity should ask EACH one of these clowns to explain their BASIS for impeachment.

The herd mentality is strong in the democrat party.

Exactly, they are going nuclear

First tangible evidence that Trump is willing to go after the lawless SOB Rats and put them behind bars where most of them belong. They can’t let him act because most of them know they live on the wrong side of the law. Thus, we hear a warning shot over the bow from the Rats. . . .

Yes! Yes! This is going to explode in their faces like a 1000 nukes! “We are impeaching because Joe Biteme and his son must be protected!”

17 posted on 09/24/2019 12:50:17 PM PDT by GrandJediMasterYoda (As long as Hillary walks free, equal justice under the law will never exist in the USA)
[ Post Reply | Private Reply | To 1 | View Replies]
To: tcrlaf
Ahead of Pelosi impeachment rollout, all 13 Texas Dems now in line on Trump's possible removal

The President needs to call Barr in and go down the "list" starting with the clintons and tell him in no uncertain terms that he wants IMMEDIATE action - warrants, imdictments and perp walks!

POTUS needs to invite every sitting GOP member of Congress to the WH tomorrow and directly ask for their support against the coup. Let’s see who shows up. 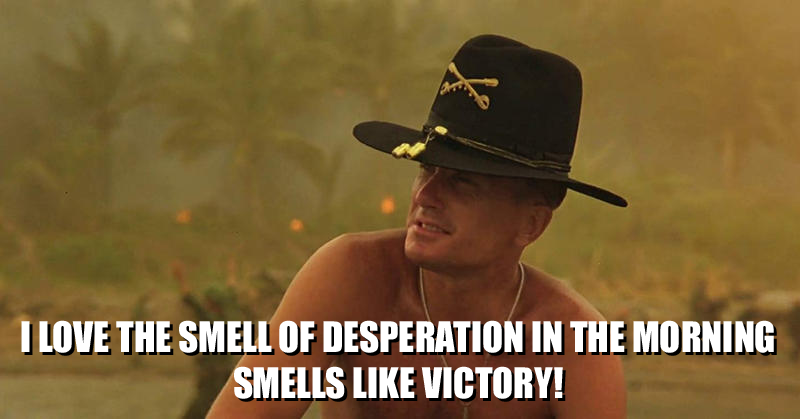