If Christians don’t personally engage in politics, it’s all over for America
Life Site ^ | 9-19-19 | Robert Marshall

On October 30, 2008, Barack Obama said, "We are five days away from fundamentally transforming the United States of America." The legal policy changes wrought under the Obama Administration paved the way for the so-called Equality Act, HR 5, which passed the U.S. House of Representatives on May 17, 2019 by a vote of 236 to 173. The Equality Act would fundamentally and radically alter Civil Rights Law to prohibit "discrimination" on the basis of "sexual orientation" and "gender identity," in the same way racial discrimination is prohibited. Analysis by pro-life and pro-family organizations, as well as the U.S. Catholic Bishops, have warned that the Equality Act would:

TOPICS: Constitution/Conservatism; Culture/Society; Editorial; Politics/Elections
KEYWORDS: activist; christian; christians; engage; equalityact; gays; lgbt; politics Navigation: use the links below to view more comments.
first 1-20, 21-30 next last
I am saddened (but realistic) knowing that many people won't bother to read this and understand what it means.

But, this is the kind of stuff that goes on and has unrealized far reaching effects while folks aren't paying attention to the vermin in the swamp.

If America doesn’t repent, it’s all over for America.

Let’s either post it every day or keep it Bumped To The Top!

sent from my iPhone

Christians know politics will not save a single soul, ever. We are busy making a dufference one on one with real people. Christians are not exactly establishment types.
Besides, who do I side with trump, and his gun control package, or the libs with trump’s gun conteol package.Every Christians will be slaughtered, imprisoned or converted after our guns are gone.
Nope, we are running out of time... double down to save every soul around you.
Make America Gun Free (MGF hat anyone), isn’t exactly what the Constitution stands for.

I watched it happen in California. After the Pat Robertson activism from the 1988 Presidential campaign took hold California Republicans were able to keep the Reagan legacy alive through the 1990s, but starting in 1998 and accelerating through Schwarzenegger years the drop off of Christian conservative activism doomed the state.

8 posted on 09/23/2019 6:22:29 PM PDT by foreverfree
[ Post Reply | Private Reply | To 1 | View Replies]
To: Honest Nigerian
Liberty is the gift of God. God does not find it funny when Christians abuse or neglect his gifts. You may not agree with this, (as a Christian I can say that this is what I believe) but at the time of the Founding they knew it very well.

John Philpot Curran, born 1750, made this as clear as anybody could:

It is the common fate of the indolent to see their rights become a prey to the active. The condition upon which God hath given liberty to man is eternal vigilance; which condition if he break, servitude is at once the consequence of his crime and the punishment of his guilt.

Right now, the forces of tyranny are way more active; wheras the Christians are much more qualifying of the label 'indolent'.

We know Liberty is a gift from God because we are all made in His image. That's right there in Genesis - do you really need the numbers? I'm sure you know the part. If you really want to see what happens to a people who neglect any of God's gifts, read what happens to the Israelites when they think they can go it alone without God.

"Be careful about loving the things of earth too much."

Liberty, as such, isn't an "earthly" or I'll say it more pointedly - Liberty is not Worldly - it's not Mammon. The world clearly wants socialism.

In protest I have an illuminated crucifix placed in my front yard facing the highway. Alongside an fully lighted American flag.

Christians do actively engage in politics, but mostly as voters. (Maybe that’s passive and not active.) If not for them PDJT wouldn’t be in office now.

It would be nice if more ran for, and won, elected office.

If more Christians don't get off their butts and work to save this great country God helped us have, He might figure we aren't worthy of His help.

He put us here to see what we would do, not to have us wait for Him to do something.

Suppose our founding fathers had the attitude that there was nothing to do, just wait for God to do it all for them?

So far the actions we need to take are simple, with very little risk to life and limb.

Just vote and help get others to vote.

So far, nobody is shooting at you. We are not having to shiver through a winter at Valley Forge.

Unless you are independently wealthy it is hard to fund a campaign...and to keep one's integrity after winning when besieged by wealthy donors and PACs. 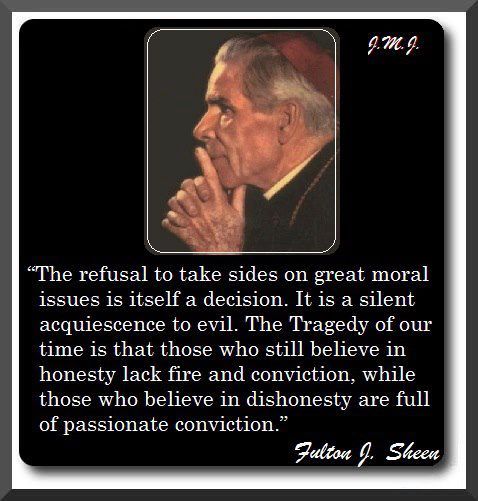 Jesus said “You are the salt of the earth. If the salt has lost its flavor, what good is it? It is tossed aside”

Salt preserves. We (Christians) preserve Righteousness here on Earth as much as God enables us and we are willing. If we don’t, Evil men can do what they want. Joseph, Daniel, Nahum, the Centurian who believed, officials who were saved in the Book of Acts. Jesus said His Kingdom is not of this world, but it doesn’t mean that we as Christians don’t implement Godly values as leaders in society and government. He prayed specifically in John 17 for His Father NOT to take us OUT of the world, but that God would keep us from the World’s influence.

18 posted on 09/23/2019 7:01:15 PM PDT by DouglasKC
[ Post Reply | Private Reply | To 1 | View Replies]
To: Mogger
Something to keep in mind here is that Christianity may be fundamentally incompatible with any notion of “democratic” governance in this world.

It was a Jewish guy, of all people, who said it best:

”At the end of the day, the crowd always chooses Barabbas.” — Richard “Kinky” Friedman, famed singer, songwriter and social critic

Just since your name implies good guess that you’re from Nigeria, let me ask you - don’t you think that the Christian leaders that God has raised up in Kenya and other African nations that have refused to go along with Obama/Kerry/UN’s intimidation to accept Abortion and Homosexuality, might not have been there in their positions of government if they did not ‘get involved’? I pray for their strength to withstand the evil external pressure all the time.

God blesses those who follow Him, doesn’t matter what tongue or nationality.