On Tuesday, journalists on all three network morning shows joined liberal celebrities in rushing to defend Prince Harry and Meghan Markle against accusations of hypocrisy after the supposedly environmentally-conscious royal couple took two different trips on private jets within a week. Reporters on CBS, NBC, and ABC touted other wealthy elites like Elton John and Ellen DeGeneres scolding critics for daring to question the royals’ controversial travel habits.

“Elton John coming to the defense of Meghan Markle and Prince Harry. This after news broke about the royal couple’s recent vacation to Nice, France. Headlines focused on their use of a private jet,” correspondent David Begnaud announced on CBS This Morning. He added: “Some thought it went against their views on protecting the environment.”

The reporter then noted that Elton John “revealed that he is the one who provided the couple with the private jet” and “called the press accounts ‘distorted and malicious.’” Begnaud emphasized the singer’s claim that he “ensured that their flight was carbon neutral.”

Co-host Gayle King chimed in: “I’m so glad you’re doing this story....Elton John makes a point of saying he contributed to the organization Carbon Footprint to cover the cost of whatever – whatever happened when they used that flight.” The other networks emphasized this point as well, without bothering to fact-check the myth that such flights could be rendered “carbon neutral” by donating to an environmental group.

King, who was recently caught in her own climate hypocrisy after joining left-wing celebrities at a swanky environmental summit in Italy, was particularly defensive on behalf of Harry and Meghan: “But aren’t you entitled, as a royal couple, to have a friend that says,...

Anyone who supports this climate change business...needs to be put on a one-year no-flight-activity situation.

2 posted on 08/21/2019 10:20:42 AM PDT by pepsionice
[ Post Reply | Private Reply | To 1 | View Replies]
To: rktman
They are pushing the race card hard on this one trying to cover the real problem. Meagain and her do as I say and not as I do attitude. She could have flown like Prince William 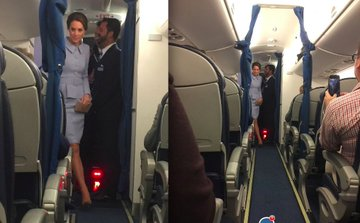 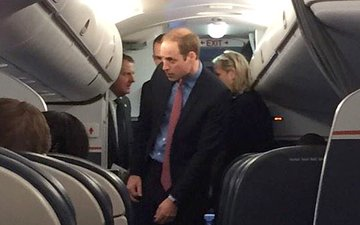 3 posted on 08/21/2019 10:21:12 AM PDT by RummyChick ("Pills, money .. this city is wicked. Your best friend will kill you here." Smoove about Baltimore)
[ Post Reply | Private Reply | To 1 | View Replies]
To: rktman
Elton John makes a point of saying he contributed to the organization Carbon Footprint to cover the cost of whatever

That stuff has to be the biggest scam in the world. What happens to the money that goes into these slush funds? If I had to guess, I'd say that the carbon offset money is principally used to buy sex slaves for wealthy public figures who take private jets around the world.

And everyone under 40 screamed 'YES I AM!'

7 posted on 08/21/2019 10:25:45 AM PDT by L,TOWM (An upraised middle finger is my virtue signal.)
[ Post Reply | Private Reply | To 1 | View Replies]
To: ClearCase_guy
Elton John makes a point of saying he contributed to the organization Carbon Footprint to cover the cost of whatever

The Progressive Movement becomes more and more like the worst parts of the religion that they despise so much. How is this "carbon offset purchasing" any different than the wealthy buying "Indulgences" to excuse their sinning?

Free Republic will NEVER have to have another Freepathon.