President Trump on Friday lashed out at Democrats over their ongoing investigations into his administration, suggesting there should instead be probes into former President Obama's book deal and other activities under his predecessor.

"They want to investigate, they want to go fishing and I watched Bob Mueller and they have nothing," Trump said of Democrats during an Oval Office gathering to announce an agreement with Guatemala.

That is why he has to tweet it...it then can not be ignored.

Then drop the DECLASS nuke and get this s—t over with POTUS. Millions of patriots are behind you and know what happened to you. If ANTIFA or any of these left-wing kooks raise their butt-ugly heads we are ready.

Twitter is his lifeline to us & our lifeline to him. They can’t afford to silence him there.

5 posted on 07/26/2019 5:56:06 PM PDT by Sasparilla ( I'm Not Tired of Winning)
[ Post Reply | Private Reply | To 2 | View Replies]
To: All
..... the Obamas are exploiting the presidency, bragging they are a billion dollar brand (cue laugh machine here.) The Obamas "claim" they are becoming richer than the Clintons, and are grabbing with both hands. The Halfrican community organizer and his wife appear to be outdoing the Clintons without either of them holding public office, the way Hillary Clinton did.......

REALITY CHECK---Do not believe anything the Obamas say about their income. Clearly, they are living large off their "federal inheritance."

PIC ----- Then-F/L Michele, her mother and daughters in the Moroccan palace. Look at that smile----Obama gave her $100 million tax dollars "to teach Muslim girls."
AND GET THIS: The $100 mill is to be held by the Chicago-based tax-exempt Obama Foundation, to be doled out when needed (cue laugh machine here).

The democrats aren’t through with attacking him. They most likely think they have the winning card.
He is saving his big play for when it is really needed & absolutely necessary.

<><> The Chicago-based tax-exempt Obama Foundation says it wont release the names of his donors.
.........Americans need to have this information about how he intends to pay for the center.

<><> Obama is exploiting the presidency----pocketing huge speaking fees...
.........he will not reveal the terms of his speaking engagements.

<><> Obama took $100 million from the State Dept to "teach Muslim girls in Morocco"....but the money is held by the Obama oundation "til needed." (cue laugh machine here)

Wonder if the $billion made a short cut thru numbered accounts in a French Polynesian bank? (smirk)

It sounds like swampy Dan Coates has been blocking DECLAS. But the good news is that he is soon to be out the door. Then the fun will begin.

THE FEDERAL MONEY KEEPS ROLLING IN----The Obama crowd (never expecting to lose in 2016) left a huge paper trail.
Soon as they occupied the WH, Obama placed his COS---Chicago Rahm Emanuel---in control of the US Dept of the Treasury.....
ponder that...... Chicago Rham was Obama's COS AND controlled Treasury.

"Mr President, you are now in complete control of the US Treasury."

THE SMOKING GUN---WSJ REPORT--On Jan 20, 2009 Timothy Geithner was appointed Obama's Secy of the Treasury. But within three weeks, the Obama White House tightened its grip on Treasury. Obama put his COS, Rahm Emanuel, in charge of Treasury---Rahm Emanuel's dual role was an unusual move. When he got to Treasury, WH COS Rahm Emanuel was so involved in the inner workings that the phrase "Rahm wants it" had become an unofficial mantra among subservient govt staffers, prostrate in obeisance, scurrying to accede to Rahm's wishes, according to Treasury government officials. Reported by WSJ / 05/31/09

Former President Barack Obama spoke at a Boeing leadership meeting in January after the aerospace giant Opens a New Window. donated $10 million to the Obama Presidential Center, a company spokesman confirmed. Obama discussed U.S. economic development and his new foundation, according to Bloomberg, which first reported the news. Boeing – the top U.S. exporter and one of the largest U.S. defense contractors – also donated $10 million to the George W. Bush Presidential Center. (Excerpt) Read more at foxbusiness.com ...

If he does not put (now MANY of) our domestic enemies away, they will hound him and his family the rest of their lives.

This is the war we MUST win against our domestic enemies.

They’re getting to him. 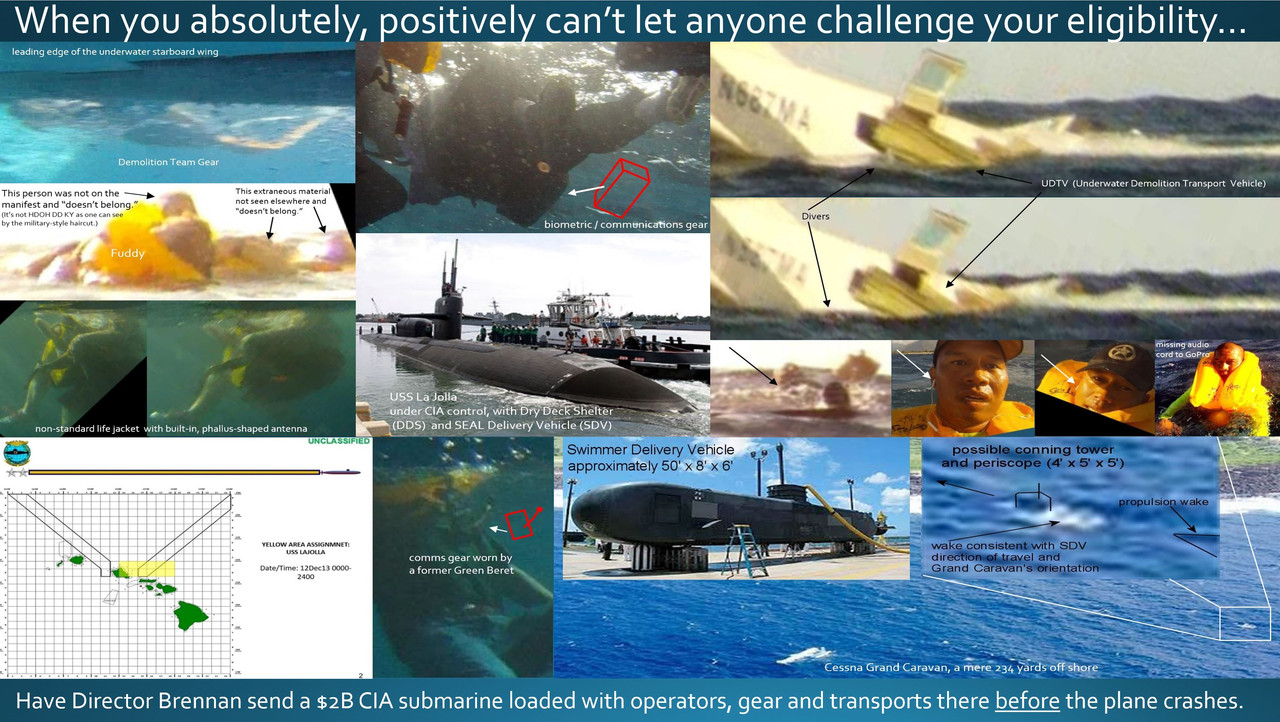 I got news for you it is way past time to start playing some of those cards.

17 posted on 07/26/2019 7:39:18 PM PDT by poconopundit (Will Kamel Harass pay reparations? Her ancestors were black Slave Owners in Jamaica.)
[ Post Reply | Private Reply | To 6 | View Replies]
To: tcrlaf
Speaking of Obama book deals, our intrepid media might look into this one:

In 1991, the Kenya version of Obama’s birth narrative made its first known appearance. Obama’s February 1990 New York Times coverage had attracted the attention of literary agent Jane Dystel, whose agency Acton & Dystel had previously handled the work of black civil rights author James Baldwin.(8) Seeing Obama as another potential Baldwin, Dystel suggested that he write a book proposal. On November 28, 1990, Simon & Schuster imprint Poseidon Press offered Obama a six-figure contract for a book to be called Journeys in Black and White. In 1991, Obama took a position at the University of Chicago Law School in order to write the book.

In Chicago, Obama developed writer’s block and became preoccupied with his social life with Michelle, and he missed his book’s publishing deadline. On October 20, 1992, Poseidon Press terminated its contract with Obama, leaving him owing them money for his cash advance.

While Obama was working on Journeys in Black and White, the Kenya version of his birth narrative made its first known appearance in publicity material circulated in 1991 by Dystel’s literary agency, Acton & Dystel.(9) To celebrate the 15th anniversary of its 1976 founding, Acton & Dystel produced a 36-page booklet showcasing 90 of its clients. Obama’s entry appeared between New Kids on the Block and Mark Olshaker. It stated, “Barack Obama, the first African-American president of Harvard Law Review, was born in Kenya and raised in Indonesia and Hawaii.” The piece concluded by mentioning the anticipated publication of Journeys in Black and White.

The booklet was edited by Miriam Goderich, who later went on to become Dystel’s partner at a new agency, Dystel & Goderich. In 2012, Goderich emailed Yahoo News a statement attributing the Kenya birthplace detail to a fact-checking error on her part: “This was nothing more than a fact checking error by me--an agency assistant at the time. . .There was never any information given to us by Obama in any of his correspondence or other communications suggesting in any way that he was born in Kenya and not Hawaii. I hope you can communicate to your readers that this was a simple mistake and nothing more.”(10) Of course, this raises the question of how a publishing professional could make such a fact-checking error. What led Goderich to think Obama was born in Kenya?

And then there’s Bill Ayers’s ghostwriting.

Sorry if this causes me to be flamed, but tired of the Trump whining when he has the power to nuke these assholes from orbit by declassifying the FISA warrants used on him and all the rest of the crap. Literally he would prove collusion and sedition as well as treason, and perminately destroy the DNC. Hell he would have enough evidence to charge the entire DNC, the media and democraps under RICO laws. Why he just whines on how unfair these Communists are verses killing them once and for all baffles the crap out of me. Theory’s appreciated to set me right.