A public interest advocacy group has identified the country’s “most wasteful and pointless” transportation projects, which are costing taxpayers $25 billion.

The U.S. Public Interest Research Group (PIRG) cites among “the biggest boondoggles” a $2.2 billion widening of Interstate 81 in Virginia, a $7 billion interstate project in Houston and a $802 million “Connecting Miami” redesign of city highways.

According to PIRG, widening highways to reduce gridlock fails for several reasons. Multiple studies show that more road space over time leads to further congestion because of a phenomenon called “induced demand.”

PIRG released the report as President Trump and Congress were tussling over a $2 trillion plan to upgrade American roads, highways, ports and airports.

Officials from some of the targeted projects reject PIRG’s characterizations and argue that their efforts have merit for the commuters and communities they serve.

In Virginia, PIRG singled out a $2.2 billion widening of Interstate 81 and highlighted potential damage to Civil War sites as a consequence. It also warned about safety dangers because the highway’s speed limit is expected to increase to 70 mph.

The only thing wrong with the Pennsylvania project is that it doesn't start sooner and doesn't expand farther.

The Interstate in question was built 60 years ago prior to the Interstate highway standards. The population of the area has grown 50% but the road has stayed the same.

I believe that the induced demand happens.

I recall decades ago, when they were planning the “Washington Circumferential Highway”, which later was named the “Beltway”, planners expected that this circular road would be a bypass around Washington for through traffic, for the long haul truckers and tourists more than local traffic.

Eventually, suburban sprawl around Washington occurred in areas which were adjacent to Beltway interchanges, and traffic patterns changed because of the existence of the Beltway. Traffic increased precisely because the Beltway was there.

Very few people traveled from Bethesda to Tyson’s Corner in the 1950s. Today that is a routine trip on the Beltway.

I’m sure many of you can think of other examples of this induced demand where you live.

Shouldn’t “nonpartisan” be capitalized and a period be placed at the end of the sentence?

We have some of the most ignorant humans in history, in leadership positions today.

Where the F do these people think we got our freeways we have used for the last 50 years? We got them from generations ago when people actually used their thinking caps and came up with an interstate highway system that was adequate for the projected population base.

What the hell do these idiots think we’re going to do in ten to twenty years?

Using their logic, we should stop producing food, since food only encourages more need for food.

These same elites came up with the grand idea of opening our borders and allowing 40 million people in across the wilderness. Today Los Angeles has more people than it’s highways, power plants, and water delivery systems can support.

Much of that increase in population, came to Los Angeles.

Now they bitch and moan that our roads are too crowded, and they can’t fix it. The way to fix it years agi was to block illegal immigration, allow the citizens to remain, and quit driving taxpayers out of state.

It was NOT to allow three or more families to live in a single family dwelling.

These Leftists overpopulated the place. Now they blame everyone else for the problems.

We can’t afford infrastructure, because so many folks are lounging their life away on the system and getting paid under the table on top of that.

It’s time for a reset.

Here, have a Sun Dance. 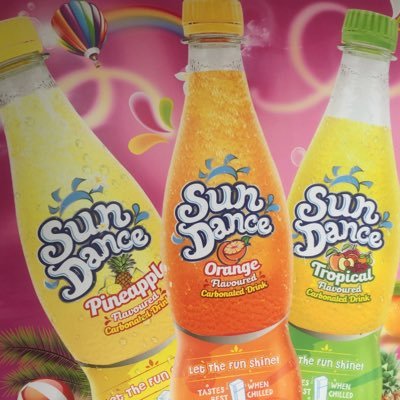 Bicycles. That’s the answer. Millions and millions of bicycles.

I-83 widening from Exit 19 to Exit 22 and associated ramp makeovers made the list.

Hey, Ralph Nadar...that road is “unsafe at any speed!”

In my lifetime, the only thing that grows during “progressive” government control, is government power. The people take a back seat to the bureaucracy.
EVERY SINGLE TIME. Could the incline be too great to make the road direct?

The US should have more short sea shipping.

Yup, looks like it is going a RR track, which would preclude the direct route.

The center of the idiotic almost a circle is for the homeless encampments, right?