Powell is the author of the New York Times best seller and tell-all book Licensed To Lie, which exposed the corruption within the justice system. The book is based on the case Powell won against prosecutor Andrew Weissmann, when he was deputy and later director of the Enron Task Force.

Weissmann served as Mueller’s second in command for the special counsel investigation into the Trump campaign, despite the fact that his tactics have been highly criticized by both judges and colleagues. He was called unscrupulous and has had several significant issues raised about how he operated during the Mueller inquiry into Trump campaign officials, including Flynn.

He prosecuted the accounting firm Arthur Andersen LLP, which ended in the collapse of the firm and 85,000 jobs lost world wide. Maureen Mahoney took the case to the Supreme Court, and Powell consulted. Mahoney overturned Weissmann’s conviction and the decision was reversed unanimously by the court.

Powell has openly stated in columns and on cable networks that Weissmann’s dirty tactics of withholding exculpatory evidence and threatening witnesses to garner prosecutions should have had him disbarred long ago.

I don’t think Flynn was either a Russian plant or used like a fool by Putin.

You need to do better research on the General. All of that is disinformation.

The man was a personal enemy of the most powerful man in the world. He is a fearless warrior and is an honest man.

The nihilists decided he had to be silenced. Which is what is happening. He can’t defend himself until he is freed from the court order to not talk about his case.

Go and buy his inspiring book, “Field of Fight”. He narrates the audible version.

Michael Flynn was/is a life-long DEMOCRAT and Obama appointee. These two facts alone should raise very serious red flags about who he is, especially considering how far left the party has shifted in recent years.

Right on. A three star general, intelligence specialist and director of the DIA fired by Obama for trying to make field intelligence in the ME available on a useful time-scale was a Russian plant. Sure I believe that wholeheartedly! /s/

24 posted on 06/12/2019 1:57:19 PM PDT by AndyJackson
[ Post Reply | Private Reply | To 12 | View Replies]
To: The Westerner
You need to do better research on the General. All of that is disinformation. The man was a personal enemy of the most powerful man in the world. He is a fearless warrior and is an honest man.

So then why was this life-long Democrat, Obama-appointee, a regular guest on the state-controlled propaganda network "Russia Today" (RT)? Do you think he was there to spy on the Russians?

25 posted on 06/12/2019 2:00:22 PM PDT by ETL (REAL Russia collusion! Newly updated FR Page w/ Table of Contents! Click ETL)
[ Post Reply | Private Reply | To 22 | View Replies]
To: AndyJackson
Right on. A three star general, intelligence specialist and director of the DIA fired by Obama for trying to make field intelligence in the ME available on a useful time-scale was a Russian plant.

Stranger things can and do happen.

Flynn was fired from his White House post last month after misleading Vice President Pence about communications with Russia's ambassador to the U.S.

Democrats on the House Oversight and Government Reform Committee are requesting an additional investigation into newly disclosed payments he received from Russia-based companies, sending a letter detailing the allegations to Trump and the leaders of the Pentagon and FBI.

Flynn spoke at a gala hosted by RT in December 2015, an event he acknowledged during last year’s campaign.

But he refused to say how much he was paid, citing an unwillingness to have his speaking fees publicized.

The documents reveal the retired Army lieutenant general received more than $45,000 for participating in the event.

The event occurred in Russia, and his travel and accommodations were covered.

At the time, he was working on a volunteer basis as a military adviser on Trump’s presidential campaign.

The new documents obtained by the committee also detail that Flynn received $11,250 from Volga-Dnepr Airlines in August 2015, a Russian airfreight company that the United Nations had suspended from its list of approved vendors after a corruption scandal involving an indicted Russian United Nations official.

Flynn received an additional $11,250 payment in October 2015 from the subsidiary of a Russian company specializing in “uncovering Western government spyware,” Kaspersky Lab.

Its founder, Eugene Kaspersky, denies that it has stocked the firm with those with close ties to Russian intelligence.

Flynn, who served as the director of Defense Intelligence Agency from 2012 until he was fired from the job in 2014, still had a top-level national security clearance when he performed the work in 2015. ..."

I am confident that she will kick ass and take names!

I am alos confident that the final result will be pleasing to everyone but LIEberals!

YES!!! Finally Flynn gets a break!

I’m so glad I donated to his legal defense fund!!!

Weisman and Mueller need to be prosecuted for their corruption!!!

The Russia Hoax was originally aimed at Flynn, not Trump.

So what was Jill Stein doing in that group???

Getting Dis-Barred??? BFD...they are in their TWILIGHT lawyer years!! Disbarment means NOTHING.....but PRISON will mena EVERYTHING!

What you are saying means BANKRUPTING the FAMILY....LOSING their HOMES AND REPUTATIONS!!

Jill Stein has said that she was in Russia to talk about nuclear disarmament and to “open a peace dialog” with Russians. 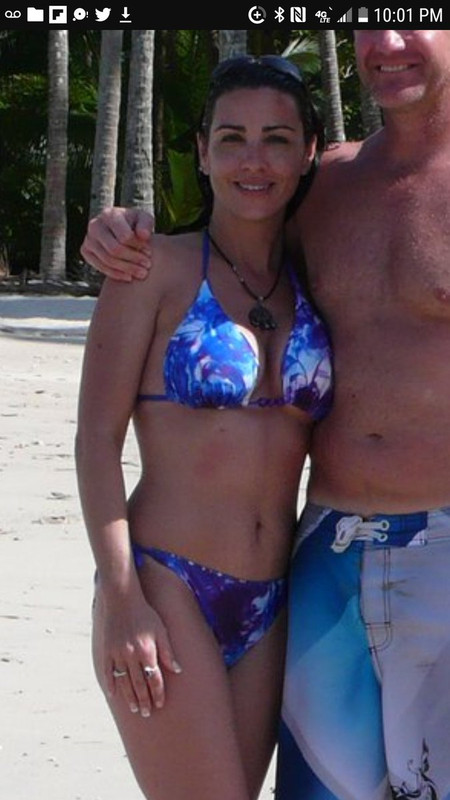 I am no Flynn fan but they way he was pushed out by Pence smacks of palace intrigue. Pence is a loyal GOPe and not one of the MAGA good guys, IMO. Flynn was with POTUS way before Pence parachuted in and was one of the few early supporters given a major role in the Trump admin.

First they came for Michael Flynn, but he got no sympathy from me...

I have sympathy for ANY American citizen abused by the full force of Federal prosecutorial power under the color of law.

That includes Paul Manafort and Michael Cohen. Whatever crimes they may - or may not - have committed, the Federal apparatchiks broke the law to punish them.

Someday the same scenario may destroy the livelihood and life of a hapless American citizen for whom you DO have sympathy.

My intent was to take Mueller to task, not Flynn.

Mueller is the one who should have said there was no evidence to support an investigation. He didn’t.

I have a problem with both Manafort and Flynn’s situation.

Flynn has been destroyed financially as near as I can tell, and Manafort has been mistreated in jail and prison.

Nah, the government has abused it’s authority with both.

Add Trump in. They’ve abused his rights too > IMO.

That is entirely irrelevant.

All that is relevant is that official representatives of Federal Executive authority abused their power to entrap and destroy an American citizen.

That is all that signifies - if, that is, you think Constitutional Rights should apply to all American citizens at all times, and not just to those persons of whom, and at those times of which, you approve.