Campaigning for president in Iowa, Robert Francis "Beto" O'Rourke thinks farmers need to do their "fair share" to combat global warming, handing over some of their crops to save the Earth.

Kid you not. According to Breitbart News:

Democrat 2020 presidential candidate Robert "Beto" O'Rourke proposed Friday in Iowa that the U.S. "allow" farmers to give up their "fair share" of crops to fight climate change.

O'Rourke stood aloft as he proclaimed his message at a rally in Marshalltown, Iowa Friday:

If we allow farmers to earn a profit in what they grow, if we allow them to contribute their fair share in combatting Climate Change by growing cover crops, allowing the technologies that invest in precision tilling and farming, capturing more of that carbon out of the air is another way in which they can make a profit. Keep those farms together, pass them on to the next generation, and allow them to provide us our food and national security, our independence from the rest of the world, our ability to provide for the rest of the world.

what a bunch of Bullchevik! Think he cooked he goose on this one.

Get this guy off the stage!

Little Bobby should preach this sorta stuff at a couple of tractor pulls....
and see how it goes

7 posted on 04/09/2019 3:51:11 PM PDT by Governor Dinwiddie
[ Post Reply | Private Reply | To 4 | View Replies]
To: rktman
Clearly the Kulaks are hoarding the crops for their own ends. They're nothing but wreckers standing in the way of the workers' paradise to come. To the camps with them all!

Well, it worked for Stalin, didn't it?

The article JUST doesn’t say that.

He’s referring to new technology when he says “fair share”

I HATE the guy, but the thread title is a lie.

9 posted on 04/09/2019 3:51:57 PM PDT by dp0622 (The Left should know if.. Trump is kicked out of office, it is WAR)
[ Post Reply | Private Reply | To 1 | View Replies]
To: rktman
Stalin wanted Ukrainian farmers to hand over a portion of their crops...for the common good.Thankfully Walter Duranty,the Pulitzer Prize winner,saw no negative consequences.

And then there was "The Great Leap Forward".

I'd wager that Beta O'Rourke has committed "Rules For Radicals" to memory.

I'm going to make a donation to his campaign. I'm going to change my party affiliation to vote for this guy in the primaries. I will volunteer to work for him. (Well, maybe not. I'm not a good liar)

This is how famines happen, letting government have the power to do crazy stuff like this.

Spoken like a true Bolshevik, Beto. I'm just surprised that he didn't mention any five-year plans. But maybe that will come later. 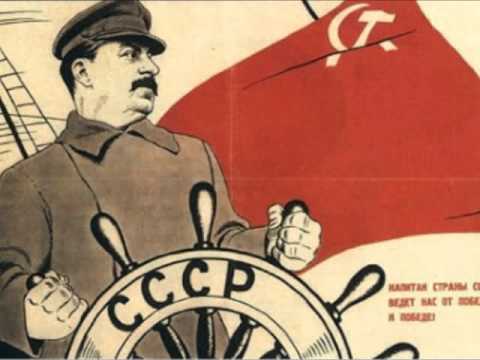 Clearly the Kulaks are hoarding the crops for their own ends. They’re nothing but wreckers standing in the way of the workers’ paradise to come. To the camps with them all!
Well, it worked for Stalin, didn’t it?

There were too many millions of them. Stalin decided it was cheaper to send in the army, declare a round the clock curfew. Kill anyone that left their home. Burn all the crops. Starve the entire lot of them to death in place.

The moron Robert Francis is even more tone deaf and clueless than I suspected!!!

Spot on. This is Progessive idea of liberty...what our betters allow us to do.