Former federal housing agency director Mel Watt, who represented Charlotte in the U.S. Congress for more than two decades, misused his position to pursue a relationship with a woman working for him, according to a formal inquiry by the agency’s Inspector General.

Watt was head of the Federal Housing Finance Agency, which currently oversees Fannie Mae and Freddie Mac, from 2014 through January when his five-year term expired.

Simone Grimes, a special adviser at the agency, claimed that the 73-year-old Watt sexually harassed her and did not promote her when she declined his advances.

Grimes also filed a pay discrimination case against the agency in August, seeking $1 million in addition to back pay, lost wages and other damages. It alleges that rejections of Watt’s sexual advances were “directly related” to her not getting pay equity.

The Inspector General’s report, dated Nov. 29, 2018, found that Watt “attempted to coerce or induce” Grimes to “engage in a personal relationship with him by suggesting or implying he would use his authority to assist her in attaining an executive position.”

That is considered a violation of executive branch workplace rules, according to the report. The contents of the report were first reported Friday by The Washington Post.

Reached by telephone on Friday afternoon, Watt told The Charlotte Observer that he had no comment and referenced his response, which is included in the report.

“I strongly disagree,” Watt wrote to begin his response. The findings, he wrote, “are not supported by the facts in this case.”

According to the report, Watt did not deny inviting Grimes, a subordinate, to meet with him alone at his apartment or professing his physical attraction to her. Watt also did not deny holding out opportunities for Grimes to be promoted and knowing that he had total control over those positions.

“We find that there are no circumstances under which it would be appropriate for the head of FHFA to induce a subordinate employee to meet him alone, in his apartment, for a conversation in which he professes his attraction for that employee and holds out opportunities for the employee to serve in specific executive positions over which exercises total control,” the report states.

The report also found that Watt was not candid with investigators.

Grimes had audio tapes from a November 2016 meeting in Watt’s apartment, which made it into the report. McClatchy previously reported on the tapes, 7.5 minutes of which were provided by Grimes’ attorney.

“I just need to make sure I feel clear and confident that this is just going to be based on merit and fitness for the position — and nothing else,” Grimes asks Watt on the tape.

He responds, in part: “I think you’re gorgeous, but I don’t make agency decisions based on who’s gorgeous or who’s not.”

Watt, who is married, told Grimes he could “draw the line.”

“I can certainly draw the line knowing what I’ve talked to you about up to this point has nothing to do with either your beauty or my feelings. But that doesn’t eliminate the feelings or the beauty. I’m comfortable with drawing the line with where you told me I need to draw it. I’ve drawn that line, much to my disappointment,” he said.

In an interview with investigators, Watt said Grimes told investigators there was “no groping, no hand-holding, no touching, no kissing, no sexual relations of any kind because there was none. There has been none.”

“This is in a sense a wake up call, it’s a depressing wake up call when I know there are men in this agency who have visited my house in Charlotte, who have visited my condo, who I have much, much closer relationships with than the relationship I have with Ms. Grimes. And somehow the public is now saying that kind of equality is unacceptable,” Watts told investigators according to transcripts provided in the report.

“And, in my view, it’s time for me to ride off into the sunset because the standards have become so confused that it’s difficult to operate in them.”

The report was delivered to President Donald Trump, to the Office of Government Ethics and congressional oversight committees. Watt was allowed to finish his term.

Watt, a Democrat, represented Charlotte from 1993 to 2014 in the U.S. House. Before that, Watt served one term in the N.C. Senate and worked a campaign manager for former Charlotte mayor Harvey Gantt.

President Barack Obama appointed Watt to oversee the Federal Housing Finance Agency in 2013 and took over in 2014.

Former Democrat Congressman Watt Watt refused to participate in an internal probe, arguing that as the presidentially appointed director, he was not an “employee” subject to the agency’s anti-harassment rules for employees.

Watt praised the results of the investigation while simultaneously denying the allegations made by Ms. Grimes.

Watt: “Women make up these stories” 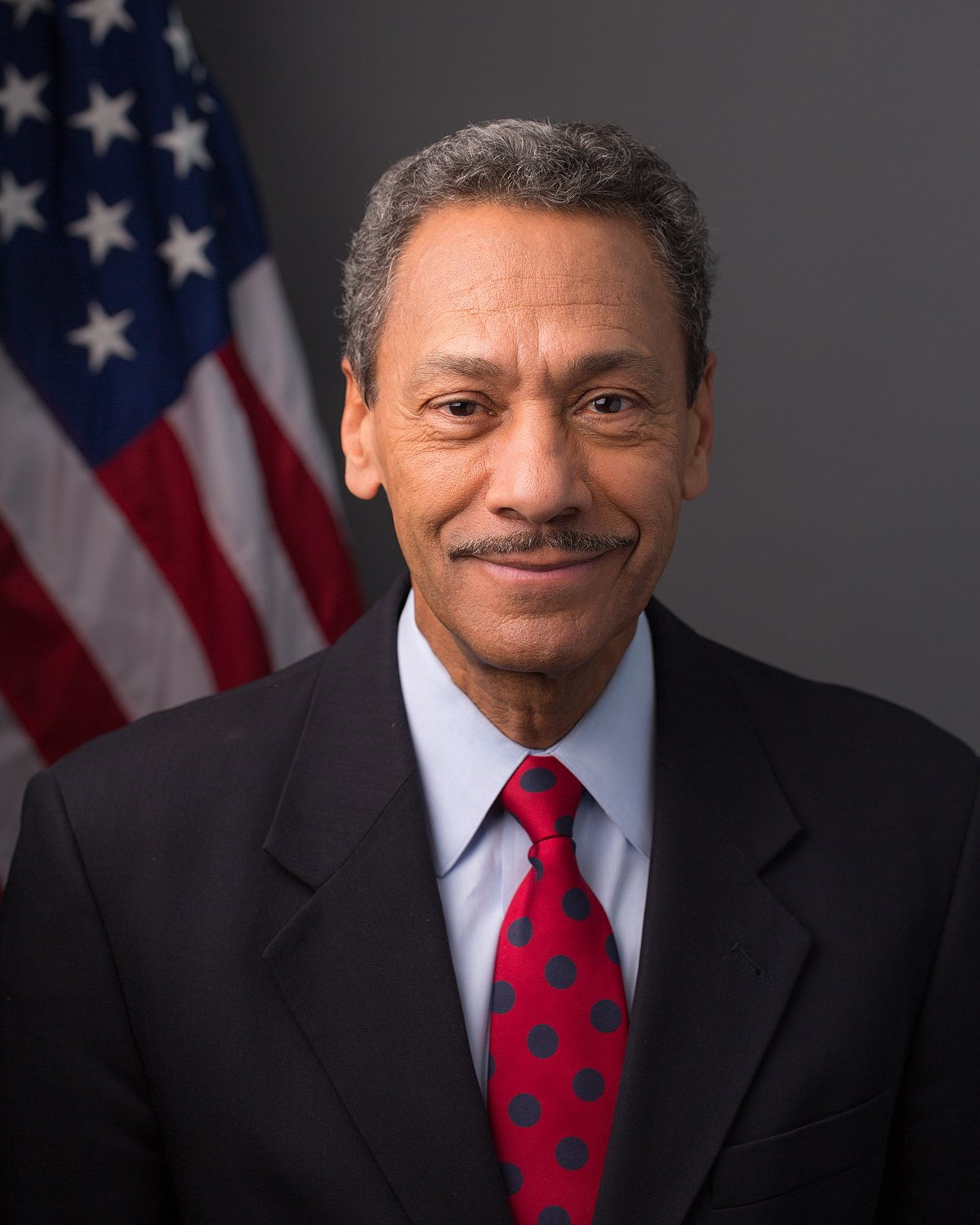 The best two sentences were the last two:

1. Watt, a Democrat, represented Charlotte from 1993 to 2014 in the U.S. House. Before that, Watt served one term in the N.C. Senate and worked a campaign manager for former Charlotte mayor Harvey Gantt.

2. President Barack Obama appointed Watt to oversee the Federal Housing Finance Agency in 2013 and took over in 2014.

“And, in my view, it’s time for me to ride off into the sunset because the standards have become so confused that it’s difficult to operate in them.”

REALLY? What a Putz. Yes, because now that we’re all CONFUSED, it’s hard to know Right from Wrong? How did people EVER do that in the past, I wonder?

But, he makes a valid point: Black is White, Up is Down, It’s not REALLY a Baby in your womb, You can Be ANY ‘sex’ you want! Blah, blah, blah!

That was President Obama, not President Trump in case anyone is wondering.

Second to last paragraph finally reveals he’s a DemocRAT. Were he a Republican, it would have been mentioned in the headline.

Yes, as I read through the first two paragraphs and noticed that no party affiliation was given, I automatically inferred that he must be a Dem. The newsmedia is just shameless in its bias.

Can’t any of these loser Democrats ever just get a girlfriend the right way ?

be nice to her

ask her about her self

They’re Always tried to force themselves or coerce these women

10 posted on 02/16/2019 11:56:26 AM PST by Truthoverpower (The guvmint you get is the Trump winning express !)
[ Post Reply | Private Reply | To 1 | View Replies]
To: Truthoverpower
They’re Always tried to force themselves or coerce these women

If they don't coerce, the woman might make the wrong choice.

That's how they see everything.

Party affiliation is in the 21st of 22 paragraphs. Well done!

This guy was the beneficiary of the 1990 census and gerrymandering in NC 12 to force a super-majority black district stretching the length of the interstate 77 from northern NC to Charlotte in the south. The district is hardly wider than the interstate at some points.

Mel Watt, who represented Charlotte in the U.S. Congress for more than two decades... was head of the Federal Housing Finance Agency, which currently oversees Fannie Mae and Freddie Mac, from 2014 through January when his five-year term expired.

Gosh, that sounds like a Democrat appointed by Obama. In before CNN announces that he's a Republican. Thanks Steely Tom. 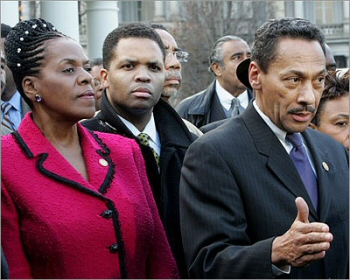