...covers the controversial decision by CBS News and anchor Dan Rather to run a story involving unauthenticated memos claiming President George W. Bush had received favorable treatment during his time in the Texas Air National Guard.

What a great night that was when Dan’s fake memos got torn apart on the Internet !!

What is Fox Nation?

...and NBC’s Brian Williams tried his best to out do him *LOL*...but he paid
a big price meme wise on yahoo

Fathers fakery was torn apart right here. Freeper Buckhead started the ball rolling and this site exploded with postings. Rather was destroyed in one night.

Bush 41’ did a better job on Rather. 43 did nothing but let the techies expose Rather. Turned the other cheek. No fight in him.

And by something as stupid as a font.

...responding to the latest email showing him the newest meme I hope

Then, there were the Times' men in Cuba: 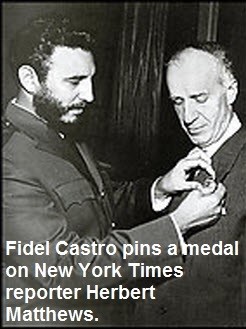 A new website, I think you pay for it foxnation.com

Putting it all together, in the print media, the NYT was Fake News going back to be 1930s while in the TV media, the Fake News goes back to CBS and Walter Cronkite.

There is plenty of Fake News to go around.

Dan Rather was NOT the birth of Fake News. He simply got caught. Thank you, Buckhead.

But there was NBC rigging that truck to explode. There was the misquote of Alexander Haig when Reagan was shot. For those who don’t know, Haig was asked who was in charge. Haig replied, “Here at the White House? I am.” The question was edited out and it was made to look as a power grab by Haig.

And then there was Walter Cronkite devoting that entire half hour to the Tet Offensive. We actually won that battle but Cronkite made it appear as if we were routed. That night, on CBS news, we lost the Vietnam war.

Fake news has been around for a very long time.

I sure hope this bastard gets what’s coming to him!

My Dad was a PIO in Nam in ‘69. He would bring stories to Rather that covered the National Guard and Reserve troops helping out the local villagers with photos. Rather, sitting on his ass in Siagon, threw them back in Dad’s face, physically. Told him he wanted stories of American commanders screwing up, and photos of bodies hanging on barbed wire.

My Dad accused him of being a Commie. Rather replied that maybe he was, but “...as long as I am here, America is going to see this war the way i want them to see it!”

My Dad was in the Navy in WWII and Korea and got a journalism degree on the GI Bill in the late 40’s, because he thought that “journalism was the most honorable of all professions”. Rather and Nam destroyed that belief. Journalist were nothing but whores.