As everyone except liberals knows, liberals are just awful. But what many people may not know is that their brainless do-gooding is quite literally destroying our civilization. Here is our list of the top ten leftist delusions that make us cringe our faces off.

Before I even click the link and read the 10 “liberal beliefs”, I am going to go out on a limb and predict that everyone of them is straight out of the 45 Communist Goals for America.

8. Set up East and West Germany as separate states in spite of Khrushchev’s promise in 1955 to settle the German question by free elections under supervision of the U.N.

11. Promote the U.N. as the only hope for mankind. If its charter is rewritten, demand that it be set up as a one-world government with its own independent armed forces.

14. Continue giving Russia access to the U.S. Patent Office.
15. Capture one or both of the political parties in the United States.

17. Get control of the schools. Use them as transmission belts for socialism and current Communist propaganda. Soften the curriculum. Get control of teachers’ associations. Put the party line in textbooks.

22. Continue discrediting American culture by degrading all forms of artistic expression. An American Communist cell was told to “eliminate all good sculpture from parks and buildings, substitute shapeless, awkward and meaningless forms.”

24. Eliminate all laws governing obscenity by calling them “censorship” and a violation of free speech and free press.

27. Infiltrate the churches and replace revealed religion with “social” religion. Discredit the Bible and emphasize the need for intellectual maturity which does not need a “religious crutch.”

28. Eliminate prayer or any phase of religious expression in the schools on the ground that it violates the principle of “separation of church and state.”

30. Discredit the American Founding Fathers. Present them as selfish aristocrats who had no concern for the “common man.”

31. Belittle all forms of American culture and discourage the teaching of American history on the ground that it was only a minor part of the “big picture.” Give more emphasis to Russian history since the Communists took over.

32. Support any socialist movement to give centralized control over any part of the culture–education, social agencies, welfare programs, mental health clinics, etc.

42. Create the impression that violence and insurrection are legitimate aspects of the American tradition; that students and special-interest groups should rise up and use [“]united force[“] to solve economic, political or social problems.

45. Repeal the Connally reservation so the United States cannot prevent the World Court

Yep, I would say all 10 of them are there. I mean, racism and diversity is not explicitly stated but they are covered in the list for all intents and purposes. You can’t get riots without driving a wedge between the races. Things like that. Yep, the communist list covers all 10 liberal “beliefs”.

The commies burrowed their way into the Democratic Part which is not fully communized. If you are a Democrat, you are communist. Simple as that.

“Let it burn” in accordance with nature might be an 11th moronic belief. When the President pointed out that prohibition of clear cutting and diversion of water were partially responsible for the massive scope of the wild fires, leftist opinion leaders descended on him like a swarm of locusts. Google “Trump is right about wild fires”, and you will find an endless parade of drones ridiculing him.

Any pacifist society that does emerge will quickly be conquered by those who are willing to fight.

The peace sign originated with the Campaign for Nuclear Disarmament 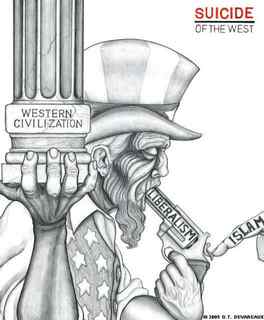 In either orientation, Winston does not agree:

You must play the hand you arae dealt. There are no redeals.

Thanks for the list which pretty much covers the “liberal beliefs”.

Winston used it as a victory sign. V for Victory!

True. It was the Labour Party that unseated Churchill.

I’ve also heard that he initially employed it in the FU orientation, until apprised of that particular meaning.

Agree...been saying it for years and just get that “deer in the headlights look”. What’s even scarier is the UniParty which is made of the RAT faction and the GOPe faction. They are the real communists in this country and they’re well ingrained into our govt. Liberalism is a form of insanity that rots out the brain’s ability to tell the difference from reality and fantasy. It’s like opposites are reality to them. IE: good is bad, male is female, hot is cold, up is down, communism is liberty, God is Devil, Heaven is hell, black is white, etc., etc.....and there is no co-exisitng with these insane bassturds. It’s their way or death. They’d kill every one of us if they could get away with it.

A great cartoon that about sums it up.
“A picture is worth a 1000 words” holds true to that one.

16 posted on 08/12/2018 6:04:39 AM PDT by lgjhn23 (It's easy to be liberal when you're dumber than a box of rocks.)
[ Post Reply | Private Reply | To 7 | View Replies]
To: Yashcheritsiy
Am I the only person here who sees the genetic determinism that runs through much of the article and ruins the entire thing? I suspect the source site is an atheist racialist one.

How can anyone who believes in G-d subscribe to G-dless, materialistic biological determinism?

The author is probably an evolutionist as well.

That fact still beggars belief; and so began Britain's long, self-inflicted slide into socialism and dhimmitude.

As my distant roots are there, it's almost as difficult a phenomenon to witness as what's going on over here.

You are welcome. It has been making the rounds at FR for ages and comes up every now and then. As true now as it has ever been. Here is a fun game. How many have been achieved. Hint: it is a lot. I mean, really a lot. OK, that is not fun if you are a principled conservative, patriot, love your country, worship God, value family, value tradition, have core moral values, and have seen your nation racing toward totalitarian socialism. Not fun at all.

Post to the wrong thread? You must have had 2 windows open at the same time.