As I have documented repeatedly, the left ruins just about everything it touches: the universities, the arts, the elementary schools and high schools, religion, sports and ordinary, everyday interactions between human beings — especially human beings of different races. The latest examples — in just the last few weeks — are the Boy Scouts, sculpture and the Miss America pageant.

The left's decadeslong attempt to radically change the Boy Scouts has ended in triumph. Now that the Boy Scouts is admitting not only older girls but also younger girls — as Cub Scouts — it is dropping "Boy" from its name and becoming Scouts BSA. Thanks to the left, the Boy Scouts, one of the most socially and morally constructive organizations in America, is no longer the Boy Scouts.

Another victim of the left in recent weeks is the arts. Last week, The New York Times published a serious "review" on a major new "art work" at the Museum Boijmans Van Beuningen in Rotterdam, the Netherlands. The "art work" is a set of four giant piles of sculpted excrement. As described by Times writer Nina Siegal: "I walked into the excrement.

"There were four giant turds inside the 16,000 square feet of museum space. One mammoth piece of feces was reminiscent of a long, winding steel sculpture by Richard Serra. One was a brown spiral. Another resembled an enormous chocolate chip. Yet another featured intertwined layers with a gap in between that I could have crawled through ..."

The artistic left is infatuated with feces, urine and menstrual blood. Last year, New York City's famed Guggenheim Museum featured an all-gold toilet bowl into which visitors were invited to relieve themselves. As the exhibit was titled "America," one could then literally urinate and defecate on America. Why not? The left does that to America and Western civilization every day.

My first reaction is: Why stop there? To be consistent with its new ideals, the event should no longer be televised but rather broadcast on the radio. Only then will the contestants' looks be truly irrelevant.

The left, which has brought "sex week" to almost every college campus, which has introduced coed dormitories with coed showers and bathrooms, and which has told young women that sex without any commitment should be as much fun for them as it is for men, is now the guardian of modesty at the Miss America contest.

Feminists hate the fact that "society" places greater importance on female beauty than on male beauty. They blame this is on "sexism," "misogyny" and "patriarchy." But of course, it is nature that made humans this way (among peacocks, it's the other way around).

In particular, feminists hate it when women try to look sexy, especially in the eyes of men.

One of the left's favorite terms to describe the Miss America swimsuit competition (and even the evening gown competition) is "dehumanizing." In a long article on the Miss America decision, The New York Times quoted Julie Zeilinger, who founded "a feminist blog called FBomb": "in 2018 this organization has realized it's dehumanizing to compare and judge women's bodies in front of a vast, international audience."

This feminist charge is ubiquitous but never explained. Why is it dehumanizing?

One irony is feminists have argued for decades that women should be allowed to walk around topless, just as men can.

Another irony is that when non-Muslims argue that Muslim women wearing a chador is dehumanizing, the left charges them with intolerance and Islamophobia.

A third irony is women are as interested in seeing beautiful women in swimsuits as men are.

And what about those religious Christians and Jews who agree with the feminists and welcome the end of the swimsuit competition?

I was raised in an Orthodox Jewish home, and I recall my mother and father enjoying the Miss America pageant every year. They would discuss their favorites with each other, both of them perfectly at peace with the proceedings, as was the Christian majority.

Which raises a final irony: When America was far more conservative, far more religious and far more concerned with daily modesty in dress, and when it insisted that male students and female students reside in separate dorms at college, it celebrated the Miss America pageant with its swimsuit competition. That was a healthier America.

Inside of a few weeks, the left has gravely damaged the Boy Scouts, probably destroyed the Miss America pageant and pounded another nail into the coffin of art.

That's what the left does best — ruins whatever it touches. That's pretty much all it does. "Violent ground acquisition games such as football is in fact a crypto-fascist metaphor for nuclear war."

Then they will destroy industry.

Yep, from “Back to School”

I am convinced that the Left is rooted in anti-Americanism/anti-Westernism above all things. Some of their followers (useful idiots) may believe in the clap-trap that a pageant is “de-humanizing”; but the real reason the pageant must be destroyed is that it is an American institution. Destroying American institutions and traditions destroys pieces of America. Eventually, there won’t be any America left. The founders of the leftist movements (Commies for the most part) planned it that way.

Conservatives need to start and communicate about alternatives.

“The “art work” is a set of four giant piles of sculpted excrement. As described by Times writer Nina Siegal: “I walked into the excrement.”

Just stroll through big American cities and get the real thing not fakes.

14 posted on 06/14/2018 10:52:54 AM PDT by Bonemaker (invictus maneo)
[ Post Reply | Private Reply | To 1 | View Replies]
To: SeekAndFind
Well the country as well, they've been trying to destroy the country forever it seems and when they have a setback, like Trump winning the election, they completely lose their sh*t or like recently, Trump doing such a great job they lose their sh*t again, calling his daughter the C word, DeNiro saying "F Trump" and they give a standing ovation. I like what Trump said the other day on Twitter, Democrats are our biggest problem. They really are, it's like having a political party for enemies of the USA. What good have they ever done? JFK saying "We choose to go to the moon"? It's a never ending upstream battle with these sc*mbags, every positive gain for the country takes an astronomical amount of work because they are pushing back every inch of the way. 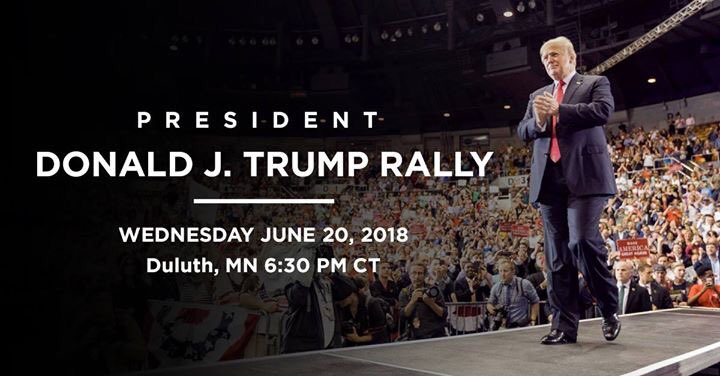 The time to laugh the PC enablers off the historic stage is at hand, thanks to President Trump.

Miss America, The Latest Institution Destroyed by the Left. What’s Next? GUNS

One of my favorite scenes from that one.

I wonder what the TV ratings will be for Miss America now?

This will soon be gone from the Boy Scouts
Especially the “Morally straight, “God.” and “Religious duties” parts.

On my honor I will do my best to do my duty to God and my country and to obey the Scout Law; to help other people at all times; to keep myself physically strong, mentally awake, and morally straight.

The Scout Law has 12 points. Each is a goal for every Scout. A Scout tries to live up to the Law every day. It is not always easy to do, but a Scout always tries.

TRUSTWORTHY. Tell the truth and keep promises. People can depend on you.

LOYAL. Show that you care about your family, friends, Scout leaders, school, and country.

HELPFUL. Volunteer to help others without expecting a reward.

FRIENDLY. Be a friend to everyone, even people who are very different from you.

COURTEOUS. Be polite to everyone and always use good manners.

KIND. Treat others as you want to be treated . Never harm or kill any living thing without good reason.

OBEDIENT. Follow the rules of your family, school, and pack. Obey the laws of your community and country.

CHEERFUL. Look for the bright side of life. Cheerfully do tasks that come your way. Try to help others be happy.

THRIFTY. Work to pay your own way. Try not to be wasteful. Use time, food, supplies, and natural resources wisely.

BRAVE. Face difficult situations even when you feel afraid. Do what you think is right despite what others might be doing or saying.

REVERENT. Be reverent toward God. Be faithful in your religious duties. Respect the beliefs of others