Once thought dead and buried on the battlefields of Iraq, a muscular and militaristic "neoconservative" approach to US foreign policy is making a comeback.

For most of the last decade, the "neocons" -- personified by former vice president Dick Cheney and ex-Pentagon boss Donald Rumsfeld -- have been out of office and out of fashion.

But the 2016 presidential race has seen Republican candidates embrace ideas and advisors once ostracized for the catastrophes and hubris of George W. Bush's "preemptive war" in Iraq.

During last week's Republican presidential debates, 17 candidates tripped over themselves to declare President Barack Obama weak and to vow a more robust approach to foreign policy.

What Obama aides see as caution, pragmatism and a realism about US power, Republicans painted as a lack of American leadership that had left a power vacuum allowing Russia, Iran, China and jihadist terror groups to run riot.

"We need a new commander in chief that will stand up to our enemies," said one White House hopeful, Senator Ted Cruz....

You may be right.

Peace through strength is not Neocon.

In the GOP there are 3 foreign policy groups: Realists, NeoCons, and Isolationists.

Yeah, and I have no idea where these ideas come from.

Realists are traitors, trying to surrender as much as possible.

Isolationists are fools, stubborn for amorality.

Must be Zionist propaganda. /sarc

James Baker’s 3 sins against the Zionists were his 1989 speech at AIPAC, organizing the Madrid Conference, and serving as co-chairman of the Iraq Study Group

Your opinion is noted.

Seeking to defend America from O’s Iranian islamonazi nuclear ICBM attack ( as repeatedly announced, threatened, and heralded by Teheran itself) is not something to be “smeared” with ( often bigoted) “code words” like “neocon”. — the danger is extreme and increasingly imminent now that O has protected the enemy’s nuke factories for six long years. It won’t matter one whit whether the author calls anybody neocon. Hawks, warmongers or any other “bad names” in his limited lexicon of approbation once O’s nukes hit America. Odds are, he’ll be vaporized or dying from radiation sickness. As will many of the rest of us. A few days work by our great USAF now will save us from this terrible death. The whole world sees and mostly understands this, and is either praying for an American to be elected ( and that we have that much time left) — or laughing at us hoping O succeeds

My opinion is not important. McCain and Romney running as Neocons lost to Obama running as a Realist.

“Realist” — definition: someone who seeks to sell America out to the Islamic/ islamonazi enemy, let the enemy mass- infiltrate American cities and towns from sea to shining sea, and/or let USA be exposed to the enemy’s almost- ready nuclear ICBM attack. (Add a lot of stinking bigotry for many socalled “realists” too.)

Sadly, I believe you may be right. When people talk about Obama’s legacy, I tell them it will be a smoking crater where NYC used to be.

Ps: and if you “dare” try to defend American security or interests or values, the “realists” will try to divert the discussion.away from what’s needs doing to protect our lives and families ——by “smearing” you with their “worst” dirty name: “neo-con”. Understand this is their worst code word. For an approximate analog to “neo- con” ( as believed by the self- designated so-called “realist”, see “mother-f@@@ing da@n Joooo”. these “realists,” so- called, are so embarrassing! But what is really important isn’t that. What’s really important isn’t their feeble attempts at mud- slinging and silencing American citizens. What’s really important is the extreme peril they’re putting us in. Out Time is running out — Obama and his “realist” comrades are running out the clock on us while we’re stuck here trying to deal with foolish or agiprop type postings. The significant issue is to stop the attack on America by making sure imthe Iranian islamonazi nuclear ICBM strike force is destroyed bonfire it’s launched. Anything else, anything less - and we are sold out by the enemy within (or its “useful idiots”) - sold out to a terrible fate

Very sad indeed but likely correct.c history teaches it’s incredibly foolish to ignore dictators’ threats to attack or murder us. All those long- range icbm’s are to deliver nuclear bombs on America their Great Satan and number one target ( and Europe), not Saudi or Israel or Kuwait. “death to Anerica” means something - especially when the Iranian islamonazi regime turns out tens and hundreds of thousands to chant it as they parade their missiles I. The streets. Our USAF can take out the Enemy bomb and ICBM factories, pretty effectively and fairly quickly too, if we only had a loyal American in charge instead of their protector in chief 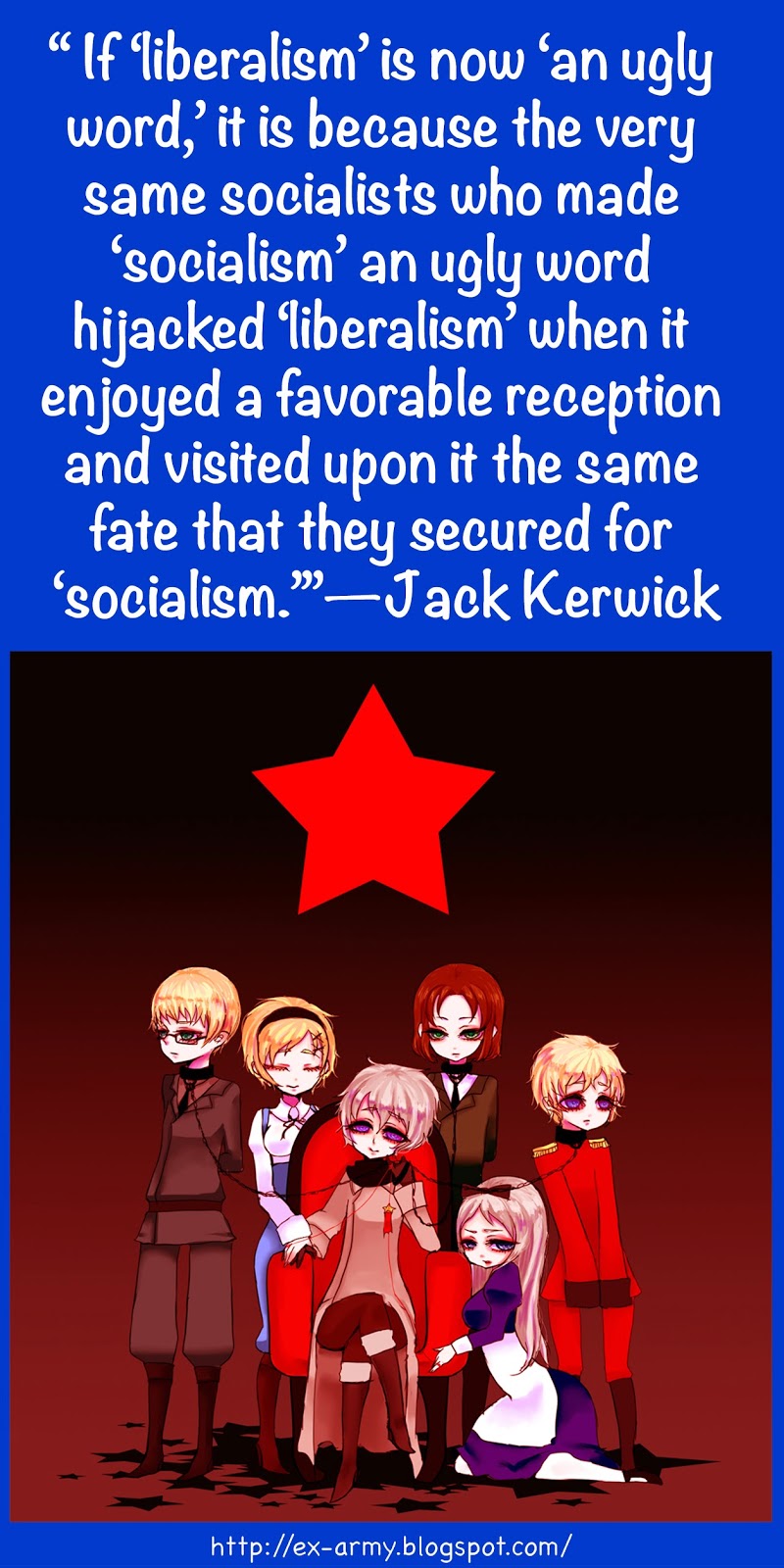 The word "neocons" is ONLY used by LIBERALS, trying to insult Conservatives.
The is no such thing as a "NEW" Conservative.


Almost everybody is confused about the word "neoconservative" and its shortened form, "neocon."
I find that liberals/Democrats seem to use it as a sort of disrespectful form of "conservative,"

and probably have no idea the the words have distinct meanings.

meaning people who were formerly something else, but have converted to conservatism.

Both are wrong.
As near as I can tell, "neo-" doesn't apply to any other word that way —

formerly not X, but having become X.

No, "neo-" almost always refers to an ideology that is different from the root word in a significant way.

Neoconfederates are not people who want to secede and become a separate country.
They want the ideals of the Confederacy to be applied to modern politics, more or less, but not all of them.

Neoliberal is a more vague term,

but it specifically applies to people who may have SOME of the attributes of liberals,
but who contradict liberalism in their advocacy of free trade and privatization
and other ideas usually thought of as conservative.

And, finally, neoconservatives are mostly those moderate cold war LIBERALS who defected to the Republican party when the Democrats got totally flaky with McGovern and his ilk. 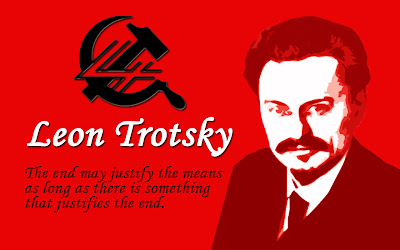 Their ultimate origin, however, is not the Democratic party but the Trotskyite movement.
Jack Kerwick elaborates.

Most "Conservatives" Are Secretly Neoconservatives
12 March, 2014, by Jack Kerwick, Ph.D.


A colleague of mine has drawn my attention to a Washington Post blog post — “Why Most Conservatives Are Secretly Liberals” — by a Professor John Sides, a political scientist at Georgetown University.


In short, Americans may TALK the talk of “conservatism,” but they WALK the walk of “liberalism.”
That is, they favor Big Government.

Sides, Ellis, and Stimson, it seems clear to me, are “liberals.”
It doesn’t require much reading between the lines to discern this.
That they associate “liberals,” and “liberals” ALONE, with such virtues as “consistency” and such lofty ideals as “a cleaner environment” and “a stronger safety net” is enough to bear this out.
Yet in peddling the ridiculous, patently absurd notion that

the verdict regarding their “liberalism” is seen for the no-brainer that it is.

There is, though, another CLUE that unveils Sides’, Ellis’, and Stimson’s ideological PREJUDICES:

They equate the term “liberalism” with a robust affirmation of Big Government.
They treat “liberalism” synonymously with its modern, “Welfare-Statist” incarnation.

There is no mention here of the fact that, originally, “liberalism” referred to

a vision that attached supreme value to individual liberty,
a vision in which government played, and had to play, a minimal role in the lives of its citizens.

And there is no mention of the fact that, if “liberalism” is now “an ugly word,”
it is because the very same socialists who made “socialism” an ugly word hijacked “liberalism” when it enjoyed a favorable reception
and visited upon it the same fate that they secured for “socialism.”

In other words, if Sides himself wanted to be bluntly honest, he’d have to admit that “liberals” are secretly socialists.

Still, though their premises are bogus, Sides and his colleagues draw the correct conclusion that

most “conservatives” are NOTHING OF THE KIND.

The truth of the matter is that


Now, “neoconservatism” is a term that hasn’t the best reputation.
It has ALWAYS BEEN CONTROVERSIAL,
and most of its proponents have DISAVOWED IT to the point of, preposterously, condemning it as an “anti-Semitic” SLUR.
But George W. Bush and his party inflicted potentially irrevocable damage upon the label.
“Conservatism” is a more marketable label.

Nevertheless, the reality is that neoconservatism is indeed a distinct school of political thought.
Beyond this, it is fundamentally different in kind from classical conservatism.
Irving Kristol, the so-called “Godfather” of neoconservatism, an appellation that he readily endorsed, ADMITS this in noting both

that neoconservatism exists
and that “conservative” “can be misleading” when used to describe it.


Neoconservatism, you see, is THE INVENTION OF LEFTISTS like Kristol himself.
When the Democratic Party began veering too far to the Left in the 1960s, Kristol and more moderate leftists began turning toward the Republican Party.
So as TO DISTINGUISH THEMSELVES FROM traditional conservatives, they coined the term “neoconservatism.”

Neoconservatives, Kristol asserts, are “not at all hostile to the idea of a welfare state” —

even if they reject the “vast and energetic bureaucracies” created by the Great Society.

Neoconservatives ENDORSE “social security, unemployment insurance,” and “some kind of family assistance plan,” among other measures.
But what’s most interesting, particularly at a time when ObamaCare has DIVIDED the country, is that Kristol reminds us that


In all truthfulness, however, neither a degree in political science nor an IQ above four is required to know that

neoconservatism has always championed Big Government,
for it is its foreign policy vision more than anything else that distinguishes it from its competitors.

For neoconservatives, America is “exceptional” in being, as Kristol puts it, “a creedal nation,”

the only nation in all of human history to have been founded upon an “ideology” of equality, of “natural rights.”

The U.S.A., then, has a responsibility to promote this ideology throughout the world.

And it is by way of a potentially boundless military — i.e. Big Government — that this “ideological patriotism” is to be executed.

Had the foregoing political scientists been looking in the right places, they would BE FORCED TOP CONCLUDE that most “conservatives” are secretly neoconservatives.

So, you see that those WHO THEY CALL "neoconservatives", are really nothing more than the old moderate side of the DemocRATS.
It's just THAT SIMPLE .

Her own husband reveled in it because it made him feel important and implied he was connected to the Agency..... Which being sent to Africa to enjoy 5 star hotels and tea parties on agency money in exchange for a trip report proved he was

She was an employee, like thousands of others who get in their Lexus and commute to Langley everyday .....

Wow, no Passover Seder at her house I would wager

——caution, pragmatism and a realism-—