Contradicts local officials in Yorksville, Illinois who stated no complaints of misconduct

First some context via the Chicago Tribune on Friday, "Ex-Yorkville school chief recalls no misconduct complaints against Hastert":

James Garnett, who was superintendent of the Yorkville school district for five of the years Dennis Hastert taught there, said Friday there were no complaints of misconduct lodged against the now-indicted House speaker during that time.

Hastert, who represented the far western suburbs in Congress, was accused Thursday by federal prosecutors of agreeing to pay $3.5 million in hush money to a longtime acquaintance to cover up wrongdoing in Hastert's past and then lying to the FBI when asked about suspicious cash withdrawals from several banks.

One of those officials said the actions involved a male and date back to Hastert's time as wrestling coach and teacher at Yorkville High School.

Reached at his home, Garnett told the Chicago Tribune he remembered Hastert's commitment to his athletes, whom the coach often took on road trips to wrestling camps or to compete with larger suburban school districts in nonconference wrestling meets.

"That never even crossed my mind during the time I knew him," said Garnett, whose own children had Hastert as a teacher.

"The boys loved those trips, and it really did help them have more camaraderie as a team." The indictment notes that the person seeking the hush money has been a resident of Yorkville whom Hastert has known most of the person's life.

Now Greg Bucceroni is stepping forward as the first individual to confirm that Hastart did have close relationships with known sex trafficers of underage boys. Earlier today Bucceroni shared this correspondence with Libertarian Republican. It was sent to the Yorkville CUSD earlier in the day, as well as the local branch office of the FBI.

To: Yorkville CUSD 115 School Board

Purpose: Dennis Hastert's attendance at a late 1970s Washington DC political social party where myself and other children were sex trafficked and sexually abused. Good afternoon, It is very unfortunate that after reading recent news reports that I have to contact your school board regarding my past 1970s victimization of a child sex trafficking ring associated with Washington DC political power brokers and Mr Dennis Hastert.

Between the years 1976-1980 I was involved as a child victim in a regional child sex trafficking ring that trafficked myself and numerous other adolescent boys & some girls between Pennsylvania, New Jersey, New York and Washington DC where myself and numerous other children were coerced and groomed into hundreds of acts of child prostitution by prominent adult offenders and their wealthy connected enabling associates.

I remember specifically being introduced to Mr Dennis Hastert by his associates Mr Lawrence King and Mr Edward Savitz back in the late 1970s during a Washington DC political "Meet & Greet" political social party where those prominent adults in attendance would drink wine, smoke cigars and talk politics, as part of the entertainment myself and other trafficked children were taken to this Washington DC social party from other areas nationally in providing child sexual services to "SOME" of the prominent people in attendance at this late 1970s political meet & greet social party in private back rooms of Mr Lawrence King's personal Washington DC residence.

I have no personal knowledge if Mr Dennis Hastert actually sexually solicited any trafficked child during that Washington DC political social party back in the late 1970s, however I did witness Mr Dennis Hastert socializing with know child sex traffickers and child trafficking victims in attendance at this late 1970s Washington DC political social party.

In closing I felt it was very important for your school board to know a few things regarding some of the past social circles that Mr Dennis Hastert once associated with during his past trips to Washington DC many years ago. I can be reached at the below contact information if your school board has any questions regarding my allegations.

Thank you for your time. 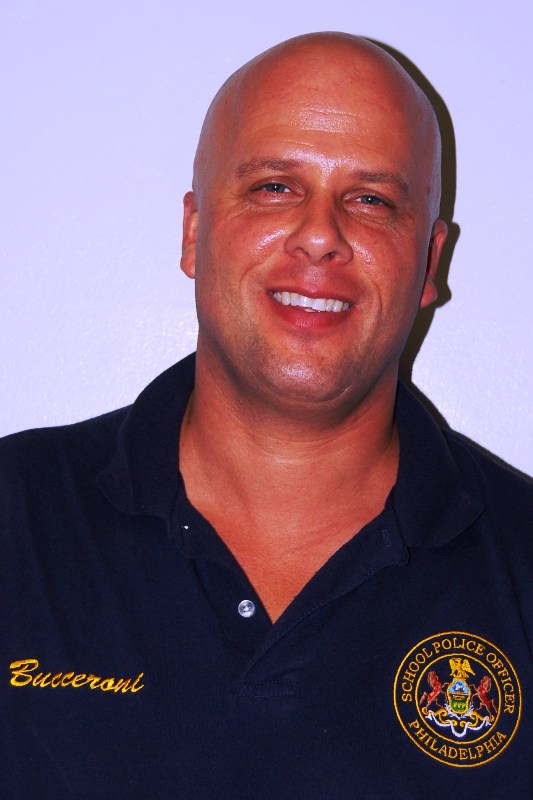 You could say the same thing about Bill Clinton, except with him it’s underage girls.

Why the HELL didn’t he speak up DECADES AGO???? What is going on???

The media sure has been silent about Bill Clinton’s association with pedophiles.

I PRAY that Lawrence King and Mr. Savitz are in PRISON FOR LIFE.....ARE THEY???? Where are they if not in prison....anyone know??

What is the point of the Republican party anymore?

Agreed. Something is not kosher about these people suddenly deciding to speak all at once decades later.

Why should it surprise me these days, with the GOP leadership elites and consultant class and their constant drumbeat to ditch social issues, and embrace all this “homo” crap? They all seem to be a bunch of sick pervs.

To fool people into thinking the country might have a future after all.

Here’s an interview with Greg Bucceroni where he discusses his involvement in sex trafficking as a teen in which Hastert is discussed as being at an event. I believe the interview is done on 6/1/2015. I’m listening right now and up to the 11 minute mark and it’s starting to get “very interesting” - http://www.blogtalkradio.com/andrecontroversa/2015/06/02/andre-controversa-presents-greg-bucceroni-the-allegations-against-hastert

Apparently the rich and powerful are still being protected from exposure by the media.

I also do not believe that lady who claims her long dead brother was molested. How convenient that he is unavailable to question. Why didn’t she speak up long ago?

Something happened a long time ago or Hastert wouldn’t pay a blackmailer. But the scope of it is being trumped up. Also it is interesting that these stories hit just before the weekend 2 weeks in a row so the libs can talk about it all weekend long. I’m not saying it isn’t a story. I’m just saying it seems to replace stories that should be even bigger. And at this point it is more gossip than fact.

Wow, he went to a party that Hastert attended.
He didn’t have sex with him, he didn’t see Hastert
have sex with anyone.
How did he know sex trafficers were at the party?
Too many loose ends at this point.

The point of the Republican party is to advance the government agenda while making right minded people think that the GOP is on their side and that they have a choice and a voice by lying to them.

15 posted on 06/06/2015 9:18:53 AM PDT by chris37 (Heartless)
[ Post Reply | Private Reply | To 7 | View Replies]
To: Perseverando
I remember specifically being introduced to Mr Dennis Hastert by his associates Mr Lawrence King and Mr Edward Savitz back in the late 1970s during a Washington DC political "Meet & Greet" political social party where those prominent adults in attendance would drink wine,

Wonder who Hastert's supposed associates were? And, if this is true, Hastert had some sort of contacts in DC several years before he was elected Congress.

Perhaps I worded it badly. All I know is last Friday (or was it the one before?) and this Friday every time I hear the CBS news break on talk radio it is almost all about Hastert. When I mention the weekend news I really mean the Sunday talk shows. But I don’t know. Maybe I’m wrong. I just predict this Sunday the talk shows will spend a whole lot of time on the Hastert story.

Wonder if the blackmailer has been identified yet? It would seem the FBI would have followed the trail to him by now, but I haven't heard anything specific.