An unprecedented ethics promise that played a pivotal role in confirming Hillary Clinton as secretary of state, amid senators’ concerns about conflicts of interests, was uniformly bypassed by the biggest of the Clinton Foundation philanthropy. The Clinton Health Access Initiative never submitted information on any foreign donations to State Department lawyers during Clinton’s tenure 2009-2013, Maura Daley, the organization’s spokeswoman deemed it unnecessary, except one case she described as an “oversight."....grants from foreign governments increased by tens of millions of dollars to the Boston-based organization. The Clinton health initiative has acknowledged failing only to disclose the identity of its contributors, a requirement under the agreement.

The charity defended the lack of some disclosures on the grounds that the donations in question were simply passed through the charity to fund an existing project. made. In 2009, the incoming Obama administration, Clinton, and then-Senator John F. Kerry all publicly touted the Clinton charities’ “memorandum of understanding’’ as a guarantee that transparency and public scrutiny would be brought to bear on activities that posed any potential conflicts of interest with State Department business.

“Transparency is critically important here, obviously, because it allows the American people, the media, and those of us here in Congress . . . to be able to judge for ourselves that no conflicts — real or apparent — exist,’’ Kerry said during a Senate floor speech on Jan. 21, 2009.

The memorandum, which did not outline a penalty for failing to comply, was signed in December 2008 by Valerie Jarrett, co-chairwoman of the Obama transition team, and Bruce Lindsey, a longtime Clinton aide who at the time was CEO of the Clinton Foundation and sits on the board of the CHAI. Jarrett and Lindsey declined to be interviewed. The White House press office declined to comment in any specific way. The State Department released a brief statement that contrasted starkly with Kerry’s defense of the agreement in 2009.

CHAI's budget of more than $100 million a year makes up nearly 60 percent of the broader Clinton charitable empire, which includes the Clinton Foundation and several offshoots. Government grants to CHAI, nearly all of them from foreign countries, doubled from $26.7 million in 2010 to $55.9 million in 2013, according to the charity’s tax forms.

The phrase “Clinton Foundation” came up by name 75 times during Clinton’s confirmation hearing — demonstrating the significant concerns among lawmakers about potential conflicts of interest and a need for transparency. Then-Sen Clinton batted down questions by pointing to the highly specific contents of the agreement and the broad pledges for disclosure. The agreement said the Clinton charities and the Obama administration wanted to “ensure that the activites of the [Clinton Foundation and its affiliated organizations], however beneficial, do not create conflicts or the appearance of conflicts for Senator Clinton as secretary of state.’’

All donors were required to be disclosed. Existing streams of donations from foreign countries did not have to be submitted to the State Department for possible ethics reviews. But it required that Clinton charities disclose to the State Department when foreign nations “increase materially’’ their commitments to the charities. But the specific amount of increase that triggered such reporting was not defined.

Clinton said at the time that the agreement went “above and beyond the requirements of the law and the ethics rules” to “avoid even the appearance of a conflict of interest” between the foundation and her role as secretary of state. Kerry’s Senate speech in her defense help clear the way for an overwhelming confirmation vote, 94-to-2.

“All contributions by foreign governments will be subject to a review process by the State Department’s officials,’’ Kerry said on the Senate floor. “This review will occur prior to the receipt of any such contribution, and Senator Clinton has made clear that the process has been designed to avoid even the appearance of a conflict of interest.’’ Kerry played a key role in brokering the disclosure agreement as chairman of the Senate Foreign Relations Committee.

The violations to the agreement went beyond the CHAI, and included the broader Clinton Foundation network. The foundation, an umbrella organization that operates as a separate charity, failed to comply with some portions of the agreement. It didn’t activate the State Department ethics review process for new donors or for existing foreign-government donors that expanded their support.

That wing of the charity, which is based in New York City, did regularly disclose donors to the public. The New York Times reported last week that people involved in a series of Canadian uranium-mining deals sent money to the Clinton Foundation while the firm, Uranium One, had business before the State Department.

Another arm of the Clinton charity, based in Canada, failed to disclose donors, the Washington Post reported.

The Boston charity’s CEO, Ira Magaziner, has responded to some of these omissions, but has declined to explain why no part of the pact was ever activated. After the Globe and others wrote about problems with the charity’s transparency, it adopted a practice of disclosing donors on a quarterly basis. New countries that want to support the organization will be voted on by members of the board of directors.

Daley said the charity “didn’t think” that tens of millions of dollars of increases to grants from donor countries needed to be reviewed by the State Department. She said the failure to report the new donation by the Swiss government was an oversight. Magaziner has said that the charity didn’t publicly disclose its donors because it believed the broader Clinton Foundation was doing so; there is considerable overlap in givers to the two entities.

Among the foreign governments that started giving money to the charity while Clinton was secretary of state were Rwanda, Sweden, Papua New Guinea, and Flanders. Daley offered various explanations for why the new money wasn’t reported. Rwanda, she said, paid the Clinton Foundation $300,000 to implement a medical system and the charity viewed the payment as a “fee” rather than a contribution. “Since it was not a grant or donation, we did not think it needed to be submitted for review,” Daley said. The charity didn’t view Flanders as a “foreign government” because it is part of Belgium, Daley said, and therefore didn’t disclose funds from the Flanders International Cooperation Agency.

With Swaziland, Daley said the cash the charity received had originally had been given to the African nation by The Global Fund to Fight AIDS, Tuberculosis and Malaria in order to buy AIDS medicine, but the country wasn’t set up to make the bulk buy. The Clinton charity took the money from Swaziland and then used it to buy drugs for the country, she said. “Since it was pass through of Global Fund money, we did not think it needed to be submitted for review,” Daley said.

The reasoning is similar for money from Papua New Guinea. In that case, additional funds from the Australian government, a preexisting donor, were given first to Papua New Guinea and then to the CHAI. The charity also didn’t disclose a bump in giving from Australia. Vast increases in grants also came in from Sweden, which had supported the CHAI before Clinton was secretary of state. The country didn’t give any money in 2009, 2010 or 2011, then started giving again in 2012. “We did not think this agreement needed to be submitted because it was from an existing donor,” Daley said. She said increases in grants also came from the United Kingdom and Ireland, and weren’t submitted for review to the State Department for the same reason. 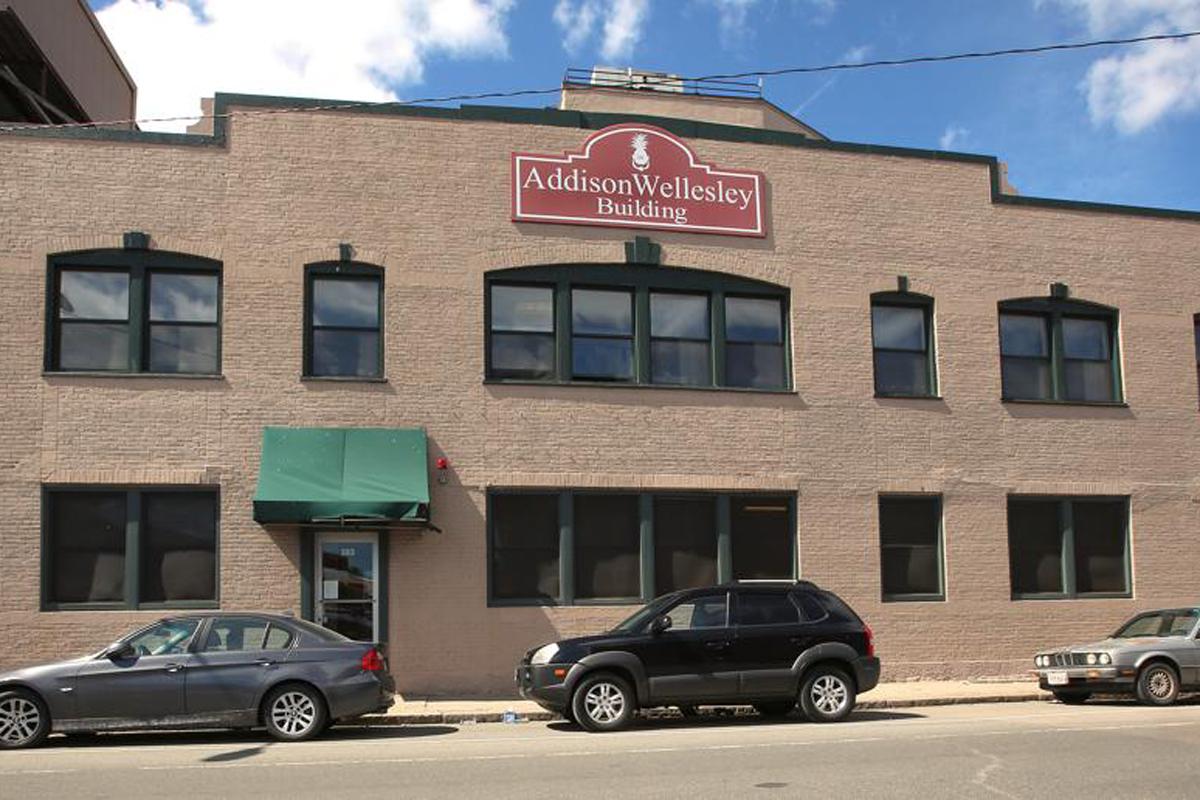 She’s always going “above and beyond” what’s required. She says that a lot.

Much as I enjoy the public flaying of the Clintons, I do fear what Jarrett and Obama have behind doors 2 and 3

<><> her use of federal credit cards,

<><> her role in the State Dept's disbursement of funds to private contractors that left $6 billion missing;

<><> her role in the Haiti funding fiasco---and her brother's rare gold mining permit;

<><> Hillary's official calendar, and her contact with foreign leaders,

REFERENCE An earlier NYT's story exposed Bill Clinton's sub rosa dealings w/ Teneo. He is CEO of Teneo---with hands-on management by Clinton confidant---Doug Band. Teneo was a client of Huma Abedin when Hillary gave her "special status" as a State Dept employee AND as an outside "consultant."

Prosecutors looking into Jeffrey Epstein's pedophile activities, found Doug Band and Bill Clinton listed in pedophile's Jeffry Epsteiin's records as having a shocking 21 email addresses and tele nos........an operation that L/E recognizes as the MO for money-laundering and tax evasion.

Jarrett may not be commenting, but she’s loving this. I wonder who Jarrett and Obama are wanting for Democratic candidate in 2016?

According to the web site: From 1993 through 1998, Ira served as senior advisor to President Clinton for Policy Development at the White House where he supervised the development and implementation of the administration’s policy for commercialization of the Internet and worked with the First Lady on the development of the President’s Health Reform Initiative.

Prior to his White House service, Ira founded and led Telesis, an international business strategy consulting firm with offices in North America, Europe, Asia and Australia. Ira graduated from Brown University as valedictorian of the class of 1969, and attended Balliol College, Oxford, as a Rhodes Scholar.

Taxpayers don't demand anything. Proof positive that we are too stupid to rule ourselves.

1Sa 8:18 And ye shall cry out in that day because of your king which ye shall have chosen you; and the LORD will not hear you in that day.

12 posted on 05/01/2015 6:56:09 AM PDT by itsahoot (55 years a republican-Now Independent. Will write in Sarah Palin, no matter who runs. RIH-GOP)
[ Post Reply | Private Reply | To 7 | View Replies]
To: All
The symbiotic relationship between state dept lobbyists and the Clinton foundation is striking. At least 181 companies, individuals, and foreign govt on- record as Clinton Foundation donors also lobbied Hillary's State Dept......(according to a Vox analysis of foundation records and federal lobbying disclosures).

13 posted on 05/01/2015 7:33:53 AM PDT by Liz (Another Clinton administration? Are you nuts?)
[ Post Reply | Private Reply | To 12 | View Replies]
To: Liz
REFERENCE An earlier NYT's story exposed Bill Clinton's sub rosa dealings w/ Teneo. He is CEO of Teneo---with hands-on management by Clinton confidant---Doug Band. Teneo was a client of Huma Abedin when Hillary gave her "special status" as a State Dept employee AND as an outside "consultant."

Prosecutors looking into Jeffrey Epstein's pedophile activities, found Doug Band and Bill Clinton listed in pedophile's Jeffry Epsteiin's records as having a shocking 21 email addresses and tele nos........an operation that L/E recognizes as the MO for money-laundering and tax evasion.

2 years of exhaustive research by a dozen talented investigators oughta do it.