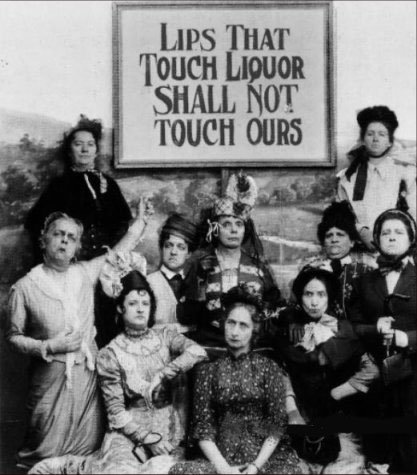 Links:
TOURIST GUY
Fort Liberty
Militia Homepage
Militia Message Board
It's How You Play the Game

Knowing what we
now know, shouldn't we
insist that those who
cannot afford the
kind of life we
enjoy, have a wage
raise, long before our
selves?

"I wonder if he's in touch with the critics out there, like Matt Damon, the actor" -Chris Matthews

Owning guns is subversive behavior. You don't need to own a gun. Just ask any tyrant.

"The Apartment": Bud: On November 1st, 1959, the population of New York City was 8,042,783. If you laid all these people end to end, figuring an average height of five feet six and a half inches, they would reach from Times Square to the outskirts of Karachi, Pakistan. I know facts like this because I work for an insurance company - Consolidated Life of New York. We're one of the top five companies in the country. Our home office has 31,259 employees - which is more than the entire population of Natchez, Mississippi. I work on the 19th floor - Ordinary Policy Department - Premium Accounting Division - Section W - desk number 861. My name is C. C. Baxter - C. for Calvin, C. for Clifford, however most people call me Bud. I've been with Consolidated for three years and ten months and my take-home pay is $94.70 a week. The hours in our department are 8:50 to 5:20 - they're staggered by floors, so that sixteen elevators can handle the 31,259 employees without a serious traffic jam. As for myself, I very often stay on at the office and work for an extra hour or two, especially when the weather is bad. It's not that I'm overly ambitious, it's just a way of killing time, until it's all right for me to go home. You see, I have this little problem with my apartment...I live in the West Sixties, just half a block from Central Park. My rent is $85 a month. It used to be eighty until last July when Mrs. Lieberman, the landlady, put in a second-hand air conditioning unit. It's a real nice apartment - nothing fancy - but kind of cozy - just right for a bachelor. The only problem is - I can't always get in when I want to.

Capital Eye, the newsletter of the Center For Responsive Politics, last year published a chart of political contributions from the 25 largest media companies in the last two major election cycles, and the percentage of their support that went to each political party. The general results will not shock too many people, but the extent of the bias surprised me, and might surprise you too.

Capital Eye based its report on public filings with the FEC in April 2003, and it shows that twice as many of the top 25 corporations gave more to Democrats than Republicans, 16-8; in fact, only one company (Hughes Electronics) managed to split their donations 50-50. Even apart from the number of companies on either side of the divide, the companies that tend to give more to Democrats tend also to do so more dramatically.

Most companies (with one notable exception) managed to give some significant percentage of their donations to both parties, although the difference between what was given each varied widely. The gap between percentage of donations given to each party for Dem-leaning companies was 35.1, while GOP leaners had a narrower gap of 27.1 points. Not surprisingly given that analysis, those companies with the widest gaps leaned Democrat. The top 5 gap companies all leaned Democrat, as did eight of the top 10, more than the 2-1 ratio that we see overall:

In comparison, the oft-reviled News Corporation, owned by Rupert Murdoch and the parent of Fox Broadcasting, only has a gap of 24 R (38/62) and comes in 13th, just past halfway down the list. AOL Time Warner, parent of CNN, comes in just ahead of News Corp at 27 D (63/36). Except for Disney (ABC's parent) with its gap of 10 D (55/45), all other television broadcasters have larger gaps than News Corp -- and all lean Democrat.

Of the companies that had the largest amount of contributions, the top six all leaned Democrat. These six corporations donated almost $20 million during the last two election cycles with an average gap of 25.5 (in millions of dollars):

The next four positions are held by half of the Republican-leaning corporations, but only two of them spent more than a million dollars (News Corp and Comcast). Comcast only barely leaned GOP, with a gap of 6 R (47/53).

Of the print parents, most of them leaned Democrat to the extent they contributed much at all. Six out of ten listed lean Democrat, but interestingly, the Washington Post (Dana Milbank and Walter Pincus notwithstanding) isn't one of them. The Post gives slightly more to the GOP, with a gap of 16 R (42/58), but since they only gave $8200, it hardly made much of a dent. Ditto for the solid-Dem New York Times, whose atrocious 92 D gap (94/2) is only mitigated by its parsimonious $11,683 in political donations. Gannett, Hearst, and Tribune all run large dailies in scores of American cities, and all go Democrat. In fact, if you leave out News Corp, which owns the New York Post and several overseas newspapers, no primarily print-media corporation gave over $200,000, and the average contribution total is just $71,307. In other words, newspapers are cheap.

When people tell you about how liberal-media bias is just an urban legend, just refer them to this study. And if you wonder why people like Joe Wilson can suck up all of the media oxygen when he's making allegations but suddenly disappears from the media when proven wrong, these political donations should remove any doubt about the motivation behind story selection. (Thanks to reader William S. for the link!)

Problems with the CBS memos are not limited to the style
or form.

May 19, 1972 File memorandum, Lt Col Killian discusses Lt Bush
transfer request to Alabama for personal reasons
- This does mesh well with Bush's efforts to transfer to non-flying status so he could live and do political work in Alabama.

August 1, 1972 Lt Col Killian verbally orders Lt Bush suspended from flight status.
- Bush's suspension from flying status was actually handled by Col Harris, and the tone of Harris' memo is routine and not at all like this memo attributed to Killian.
- Standard Texas Air National Guard abbrv. was 'TexANG' not 'USAF/TexANG'.
- Lt Col Killian abbreviated 'lieutenant' as 'Lt' not 'Lt.' period.
- There is a 'flight evaluation board' but NO 'flight review board.'
- Lt Col Killian and Tex Air NG did not use the Army term 'billet.'
There are many clues that the author was not Lt Col Killian TexANG.

June 24, 1973 Lt. Colonel Killian authors a Memorandum to 'Sir,' about Bush not receiving a TexANG annual evaluation while stationed in Alabama.

- Again, Lt Col Killian did not put a period after 'Lt' or 'Lt Col'
- Killian abbreviated Fighter Interceptor Squadron as 'FIS' not as 'F. I. S.'
- Lt Col Killian never addressed memos to 'Sir' and was very strict about addressing people by their rank and name, another clue that the author was not Killian.
- Otherwise, this meshes with Bush's transfer to non-flying in Alabama.

August 18, 1973 Lt. Colonel Killian authors a CYA File Memorandum stating as follows:
1. Staudt has obviously pressured Hodges more about Bush. I'm
having trouble running interference and doing my job. Harris gave
me a message today from Grp regarding Bush's OETR and Staudt
is pushing to sugar coat it: Bush wasn't here during rating
period and I don't have any feedback from 187th in Alabama.
I will not rate. Austin is not happy today either.
2. Harris took the call from Grp today. I'll back date but
won't rate. Harris agrees.

- General Staudt had been retired for at least 17 months by the date ascribed to this memo and by all TexANG sources had no involvement with TexANG internal affairs after his retirement.
- Group is abbreviated as "Gp" in all other TexANG memos, not "Grp".
- 'OETR' is not the correct TexANG abbreviation for Officer Efficiency/Training Report (OER), another clue that the author was NOT TexANG.