Since its inception in 2002,the Department of Homeland Security has grown increasingly contemptuous of the rights of the American people. Indeed,the Gestapo-like tactics of one of the Department’s better known masters of overreach–the TSA–are responsible for countless examples of the organizations daily assault on the Constitution.

But recently,another of Janet Napolitano’s handmaidens of harassment has begun to make news…albeit only on the web,of course. It is the TSA’s Visible Intermodal Prevention and Response task force–or VIPR. Organized into mobile swat teams,VIPR has executed some 8,000 highly public searches in the past 12 months.

And what meaningful operations they have been.

In Santa Fe,New Mexico,teams of VIPR agents were assigned to conduct searches at a high school prom.

In Texas,agents thoroughly “…searched all private and commercial vehicles entering and exiting…”the port of Brownsville. EACH AND EVERY VEHICLE was searched even though the task force was not responding to any known or reported threat!

In April,VIPR staged a raid at a Tampa bus station. Once again,the teams were not responding to any particular threat. Rather,Homeland Security official Gary Milano said the purpose of the exercise was to “…invent the wheel in advance,in case we have to,if there is ever specific intelligence requiring us to be here.”

And two months later,VIPR targeted 5,000 square miles bordering West Virginia,Ohio and Kentucky. Four hundred agents representing 70 federal agencies appeared in Black Hawk helicopters,small planes and Coast Guard craft. Once again this was a “training exercise.”As usual,no threat had been suspected or reported. TSA official Michael Cleveland stated,“…the purpose of the exercise was to have a visible presence and let people know we’re out here. IT CAN BE A DETERRENT.”

But who is being deterred,intimidated and threatened by these unnecessary shows of force- certainly not terrorists.

“Uncontrolled search and seizure is one of the first and most effective weapons in the arsenal of every arbitrary government…Among deprivations of rights,none is so effective in cowing a population,crushing the spirit of the individual and putting terror in every heart”,said Justice Robert Jackson,the chief US prosecutor at Nuremberg.

The American people are being systematically subjected to,and desensitized to,warrantless searches and the most egregious and unnecessary forms of personal humiliation by an organization whose raison d’etre is inscribed at the TSA Air Marshall Training Center:DOMINATE,INTIMIDATE,CONTROL. And the more often this is done,the more “reasonable”it will seem. Routine? Acceptable? Like 10% unemployment,government harassment will become the “new norm.”After all,it is for our own good!

One has to wonder if Barack Obama isn’t grateful to Muslim terrorists for the 9/11 attacks. After all,without those 3,000 murders,how could a would-be dictator justify the Constitutional abuse to which he is subjecting millions of American citizens? Makes it easier somehow to understand his bow to the King of Saudi Arabia,doesn’t it!

To read more use these links:

TOPICS: Constitution/Conservatism; Front Page News; Government; News/Current Events
KEYWORDS: bloat; bloodoftyrants; communism; control; crushtsa; cwii; defundtsa; democrats; dhs; dhsgestapo; dominate; donttreadonme; govtabuse; intimidate; jbt; liberalfascism; lping; napolitano; nobama; nobama2012; obama; obamabrownshirts; policestate; rapeofliberty; socialistdemocrats; standdown; swatabuse; tsa; tsaabuse; tsajackboots; tsanazis; tsass; tyranny; vipr Navigation: use the links below to view more comments.
first 1-20, 21-40, 41-60, 61-65 next last
There is an article on the exercise stage last year in Ohio and WVA by TSA. I will try to find it. This is a great way to circumvent posse comitatus. I am not a foil hat but I know that what security bureaucracies train to do they plan to do.
1 posted on 07/15/2011 3:53:31 PM PDT by robowombat
[ Post Reply | Private Reply | View Replies]
To: robowombat

Bush’s DHS should be eliminated and it’s duty turned over to the FBI..

Briefly put, he wants to DIC the American people.

Your MONTHLY Donations To FR
Help "Light The Fuse"
To Speed Up The Pace
Of These FReepathons!!
"Click Here To Donate!!"

Here is the article from the Charleston Gazette:

By Rick Steelhammer GALLIPOLIS FERRY, W.Va. — More than 300 law enforcement and military personnel swept through a 100-mile stretch of the Ohio Valley on Wednesday, familiarizing themselves with the area’s industrial infrastructure and learning how other agencies respond to emergencies.
The Visible Intermodal Prevention and Response (VIPR) exercise involved brief visual inspections of power and chemical plants, rail and riverboat terminals, lock and dam complexes and natural gas pipelines from New Haven in Mason County to Russell, Ky. The Kanawha River from Point Pleasant to the John Amos power plant near St. Albans also was covered.

VIPR team members used helicopters, emergency vehicles, reconnaissance aircraft, Coast Guard patrol boats and watercraft from the Divisions of Natural Resources in West Virginia and Ohio to conduct the exercise.
Mobile command centers from the Transportation Security Administration, the West Virginia Office of Homeland Security and Emergency Management and the Ohio Highway Patrol were set up at the Robert C. Byrd Lock and Dam complex at Gallipolis Ferry to coordinate communications and collect data from the field.

“This is my biggest VIPR ever,” said Michael Cleveland, federal security director for TSA operations in West Virginia. “Today we’re pulling in people and resources from both Ohio and West Virginia, and borrowing federal air marshals from Pittsburgh. We wanted to get as many key players together as possible to have a visible presence and let people know we’re out here. It can be a deterrent.”

Smaller-scale VIPR exercises are held at Yeager Airport and other transportation facilities on numerous occasions throughout the year.
“If you’re looking at domestic planning for terrorist issues, you have to look at the Ohio Valley,
with its coal and its chemical and power plants and other resources,” said Lt. Dick Grau of the Ohio Highway Patrol. “There are 53 agencies out here today, learning how they can pool their resources and share information and communications.”

Grau said the Ohio and West Virginia mobile command centers were successfully merging their communication and data gathering operations on Wednesday.
“The networking of people in all the different agencies is probably as important as anything that’s happening here today,” Grau said. “Knowing what each of us brings to the table, and being able to match names with faces is invaluable.”

In addition to using three helicopters for aerial inspection, the exercise made use of the Ohio Highway Patrol’s camera-equipped Cessna Caravan, which is capable of transmitting close-up, detailed real-time images of objects on the ground taken from more than five miles away.
Color and thermal images of power plants and other key infrastructure items were beamed back to the command center at Gallipolis Ferry from more than 15 miles away.

A 25-foot response boat from the Barboursville Coast Guard station piloted by coxswain Barry Cliborn was among watercraft taking part in the exercise.
“We have three of these in the Port of Huntington, which covers about 430 miles of river from Portsmouth to Marietta,” he said. “When we patrol, we do everything from checking boater safety and reporting visible pollution to making sure the power plants and fuel depots are secure.”
The aluminum patrol boats, powered by twin 25-horsepower outboards, carry a crew of three and can reach speeds of more than 50 miles per hour.
Although a desktop exercise involving a response to runaway barges on the Ohio River was held during a morning session at Wednesday’s VIPR event, the drill involved no accident or attack scenario.

“Getting all the different people in the two states together to make contacts and connections was a big part of this VIPR,” said James Fotenos, a public affairs manager for TSA.

He DID say he wanted his own force as large and as well equipped as the US Military.

Watch a show called Flashpoint. It idolizes this sh*t. 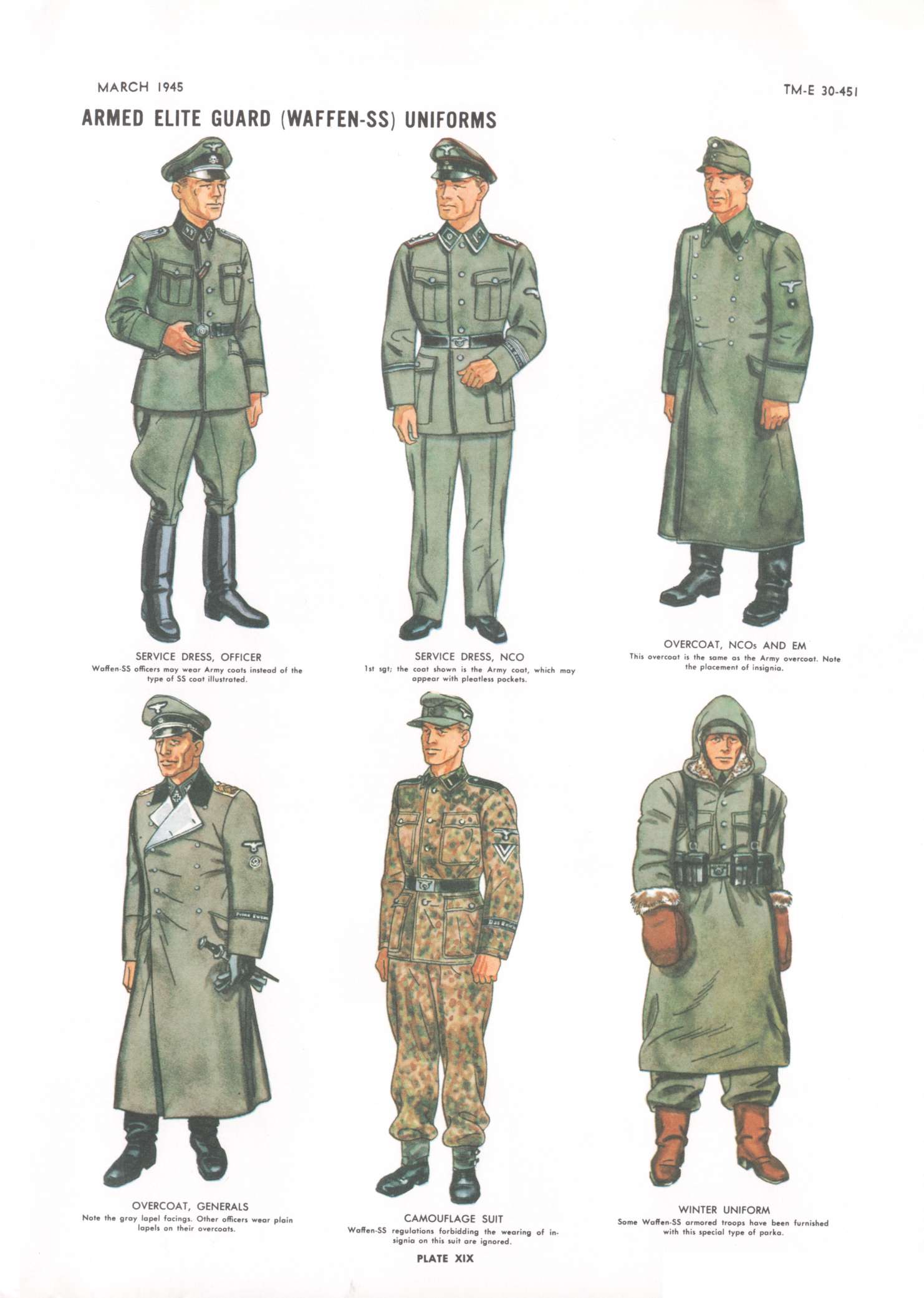 A GOP creation is it not? As well as the TSA. For what? I rather take my chances and have fun flying. Jeez, A few Arabs cause all this?

Americans have no intention of delivering themselves from the Gestapo, by giving up their plane flights. After all it would cause an economic quake that would oust the Gestapo along with their president and all of his serpent heads throughout his administration and the heavy handed czars who bypass both the Constitution and Congress. It’s just too hard. A boycott is out of the question for even a day. Our fathers and theirs were suppose to do all that hard stuff. It’s just too hard. s/

I like the middle bottom outfit. Can I get a submachine gun if I join up? How about bonus points for valuable prizes?

Hmmmm VIPR.... amazing Li’l Janet baby always struck me as a bit snakey.... so I guess the name fits.

15 posted on 07/15/2011 4:24:12 PM PDT by Spok
[ Post Reply | Private Reply | To 1 | View Replies]
To: WorkingClassFilth
Unfortunately the VIPR organization seems to be wannabe SS. The SS VF and the TKVB conducted exercises such as the one the Charleston Gazette describes. However even in Naziland they had to ask the Wehrmacht for permission to use one of their training areas. The NSDAP was more interested in showing a ‘friendly face’ to non-Jewish Germans than the TSA/DHS is towards US citizens. This sort of exercise is more like the ones the MGB ran in satellite countries during the Stalin years with the police and puppet armed forces and the Red Army and MGB armed units putting on a display to appropriately intimidate the newly enslaved populations. That gives on pause.
16 posted on 07/15/2011 4:24:16 PM PDT by robowombat
[ Post Reply | Private Reply | To 13 | View Replies]
To: robowombat

At least two of these, leaving the train and cars entering and leaving Brownsville, I would have sat there and told them “get a warrant”.

The Brown Shirts??? May be!

Godwin’s law is alive and well.

19 posted on 07/15/2011 4:44:29 PM PDT by freedomwarrior998
[ Post Reply | Private Reply | To 18 | View Replies]
To: robowombat
The American people are being systematically subjected to,and desensitized to,warrantless searches and the most egregious and unnecessary forms of personal humiliation by an organization whose raison d’etre is inscribed at the TSA Air Marshall Training Center:DOMINATE,INTIMIDATE,CONTROL.

Control, manipulation, intimidation and deception are tactics from Satan.