10-446 KERCHNER, CHARLES, ET AL. V. OBAMA, PRESIDENT OF U.S., ET AL. The motion of Western Center for Journalism for leave to file a brief as amicus curiae is granted. The petition for a writ of certiorari is denied.

Supreme Court did not request the case file from the lower court.

Anything that could bring Obama down will not be allowed. End of story.

Is there a lawyer in the house?

It means that the Supreme Court has refused to review the case.

There’s something happening here...What it is ain’t exactly clear...

Well, this certainly comes as a big surprise. /Sarc

It means that the outlook for justice is 5%. 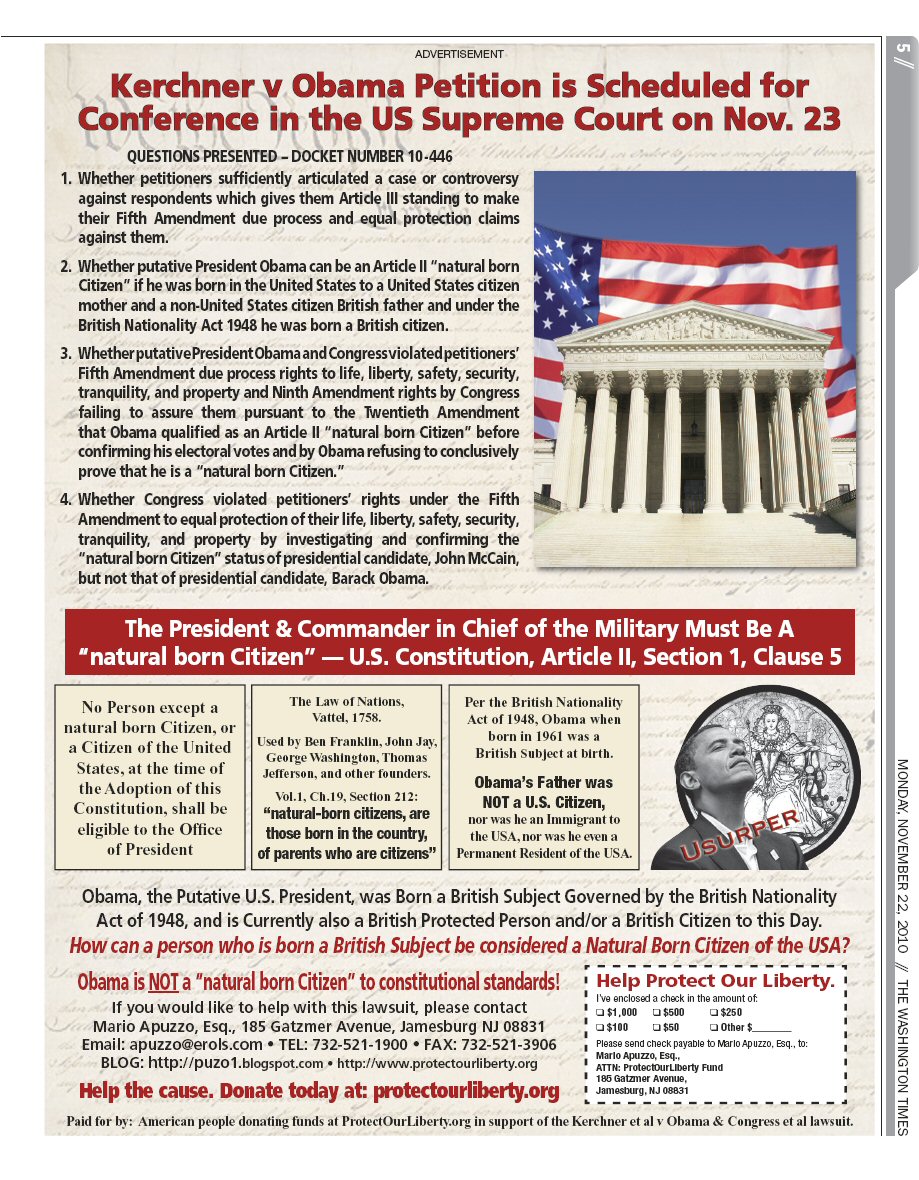 The Supremes continue to evade.

If it touches on El Presidente, the gutless wonders of the El Supremo ain’t gonna go near.

This is not news.

Did you actually read why they denied it? According to the leftist goons on this court to sum it up what they said in a legal way.. it’s too late. Read it!

I want to say well if it’s too late, then the Supreme Court should never overturn anything because it’s too late. This is the lamest B.S. ruling I have ever read. Look who is in agreement with it too.

JUSTICE SOTOMAYOR, with whom JUSTICE GINSBURG, JUSTICE BREYER, and JUSTICE KAGAN all agree.

To allow this to go forward would expose the fact that they knew all along. Why do you think Justice Roberts "flubbed" the Oath of Office? Either guilt or guile caused him to issue a nonsensical oath. What Obaba swore to in private, we'll never know.

The Supremos should be tried as traitors to the Republic by a Revolutionary Court!

BUT FIRST THE REVOLUTION!!!