This week at the University of Massachusetts, students and faculty are invited to attend a lecture with esteemed clinician, researcher and author Colin A. Ross about the psychological effects of mind control experiments.

Ross will give a talk on Wednesday, May 2, called "CIA Mind Control Experiments by American Psychiatrists: Creation of Multiple Personality Disorder in the Manchurian Candidate Programs."

The founder and president of the Colin A. Ross Institute for Psychological Trauma, Ross is well-known for treating patients for multiple personality disorder and associated trauma disorders, including depression, self-mutilation and suicide at Timberlawn Mental Health System of Dallas, Texas. The Ross Institute bases its programs on the trauma model of psychopathology, which states that trauma is a major risk factor for many types of mental disorders and needs to be addressed in treatment.

Ross' book, "Dissociative Identity Disorder. Diagnosis, Clinical Features and Treatment of Multiple Personality," was published in 1989, and according to the press release is "regarded as one of the most comprehensive and important accounts of the subject ever written."

He is also the author of numerous research papers and books on trauma, including publications in the American Journal of Psychiatry. Ross has also been a reviewer for psychiatry journals and was once president of the International Society for the Study of Dissociation.

According to a press release on April 25, 2007 Ross will discuss "CIA and military mind control experimentation by American psychologists and

psychiatrists, including the use of hypnosis, LSD, sensory deprivation and

isolation and brain electrode implants and the creation of Manchurian

In "Bluebird: Deliberate Creation of Multiple Personality by Psychiatrists," Ross defines the Manchurian Candidate as an

unwitting patient with a new identity created deliberately and implanted in the individual by the CIA. In addition, amnesia barriers are created to ensure no memory of the unethical experiments has occurred, and this person is used in simulated or actual operations.

Included in Ross' lecture will be accounts of how some experiments are used on unwitting civilians, even pregnant women and children. Ross' research includes discovery of experimentation on terminal cancer patients, imprisoned drug addicts and sex offenders, psychiatric patients and military personnel.

Ross' lecture will be held at 4 p.m. in 227 Herter Hall at UMass and will include undergraduate research poster presentations on May 3 at 11:30 a.m. in the Tobin-Bartlett breezeway. The lecture is sponsored by UMass's department of psychology and the Psi Chi Honor Society's Fourth Annual Undergraduate Psychology Conference on May 2 to May 3.

psychiatrists, including the use of hypnosis, LSD, sensory deprivation and

isolation and brain electrode implants and the creation of Manchurian

Who crafted Bush Derangement Syndrome? BDS fills the Left with an all consuming hate.

Scientific fraud by a psychotic charlatan.

1000% easy bet: This woman is a democrat and contributes regularly to Daily Kos and DU.

Well back in the day a friend of mine voleentered for government experiments using LSD and other mind drugs on him.

Sometimes they one just put a drop of something on his hand and he would be out for days with no memory as to what happened to hem.

I have yet to meet a woman named Colin.

8 posted on 04/30/2007 1:56:38 PM PDT by Xenalyte ("A cat can give birth to kittens in the oven. That don't make 'em biscuits." - Quanell X)
[ Post Reply | Private Reply | To 6 | View Replies]
To: pabianice
According to a press release on April 25, 2007 Ross will discuss "CIA and military mind control experimentation by American psychologists and psychiatrists, including the use of hypnosis, LSD, sensory deprivation and isolation and brain electrode implants and the creation of Manchurian Candidate super spies." 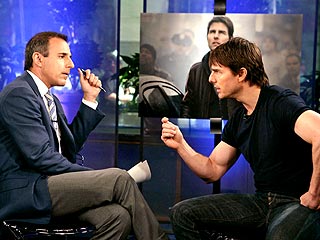 Let me tell you about psychiatry....

UMass-Amherst, I believe, is located in what is called “Happy Valley”.

It is sad that most will make fun of the whole thing instead of accepting it for what it is/was.

If you were to read up on Dr. Cameron and Dr. Scott of Canada, you would not make fun of it.

Many peoples' lives have been impacted by this science joke/sham including mine.

Gosh, I’d like to attend that talk, but I have trouble hearing because the tinfoil crinkles so much.

MK-ULTRA was real. CIA attempts to use everything from electro-shock to LSD to create Manchurian agents absolutely *DID* take place, and went on for a very long time. Much of it was done in Canada, but there were many locations for research.

Even the LSD given to Ken Kesey was done so as part of the original CIA trials of the drug. (He may have been the only subject who said: I like it! Where can I get 1 million hits to give away at my friends band concerts?)

There are many books documenting MK-ULTRA and related experiments, and the Sentate went over all of this in the Church hearings in the early 1980s.

Sure it’s fun to make ‘tin-foil’ jokes, but in this case it did all happen. Many people did suffer horribly (including the infamous window suicide by a ‘dosed’ innocent high on acid).

(It is also true that because the kernel of truth is there this *is* a awesome stepping off point for true crackpot books, of which there are several.)

14 posted on 04/30/2007 4:17:34 PM PDT by Jack Black
[ Post Reply | Private Reply | To 12 | View Replies]
To: Jack Black
The sad thing is that there is an MO for sexually assaulting women in psychiatric hospitals and doctors that get accused get out of the whole thing by claiming that the patient was "crazy" but it is becoming an issue in Maricopa County.

Most don't know it, but Tom Cruise is right on many levels. (Not all, but many...)