TOKYO (Reuters) - The euro suddenly spiked lower on Friday after an Italian minister said that Italy should quit the single currency and revert back to the lira. 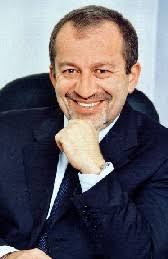 Welfare Minister Roberto Maroni told the Repubblica newspaper that Italy should hold a referendum to decide whether to return to its old currency.

That sent the euro tumbling to $1.2220 from $1.2285 in a matter of minutes as the report added to concerns about the European Union's outlook -- politically and economically. 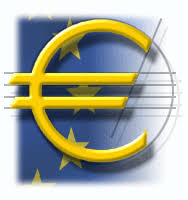 The euro's fall also boosted the U.S. currency against the yen, which hit the day's high at 108.25 yen.

Maroni also said that European Central Bank President Jean-Claude Trichet was one of the people chiefly responsible for the "disaster of the euro".

Traders said the market had jumped on the interview to further sell the euro, which had hit an eight-month low earlier in the week after the Netherlands followed France in overwhelmingly rejecting the EU constitution.

Many traders said that political uncertainty and sluggish economic growth in the euro zone would continue to loom over the single currency.

"There aren't a lot of reasons to buy the euro, so in time, we should be seeing more selling," said Shigeru Komatsu, a trader at Sumitomo Trust and Banking.

Traders said the dollar had room to rise against the yen if U.S. non-farm payrolls figures for May, due at 1230 GMT, met or exceeded forecasts, possibly rising above a seven and a half month high of 108.90 yen.

Even if the data is weaker than expected, selling should be limited given the dollar's solid tone this year, they said.

At the same time, a figure in line with or exceeding forecasts could push the euro back down into the $1.21 region, market participants said.

Economists expect the payrolls data to show that 185,000 new jobs were created, compared with 274,000 in April.

Solid jobs growth would likely support expectations that the Federal Reserve will keep raising U.S. rates, which stand at 3 percent after eight consecutive rises in the past year.

The ECB kept rates at 2 percent on Thursday, rejecting calls for a cut to help reverse the economic slowdown in Europe.

Odd, I would have thought that the Euro was the ONLY good idea to come out of the whole EU debacle.

Although the temptation to revert would be strong when your countries balance of payments were not so good, the trade and travel industry sure is easier with a common currency,

Now that I have that out of my system: I just never understood how they thought they could combine the currency of an economic powerhouse, like Germany, with a borderline Third World country, like Portugal.

I am not an economist, but I could never figure that out.

The power that never came to be.

Italy without the Lira is like a day without sunshine.

I wonder if they will retain the same old notes -- I think Italy should consider taking at least a couple of zeros off the lira at the same time it is reintroduced.

8 posted on 06/03/2005 1:14:22 AM PDT by DoughtyOne (US socialist liberalism would be dead without the help of politicians who claim to be conservative.)
[ Post Reply | Private Reply | To 1 | View Replies]
To: snowsislander

Why? I always thought it was kind of cool to be able to walk around a millionaire for about a thousand dollars.

Sooner or later (maybe sooner rather than later) the Euro is the thing that will make EU crash.

It was an absolute idiocy to create a single currency of countries without a common fiscal policy, without a lender of last resort, with a limited flexibility when it comes to movement of labour etc, etc.

Italy and Portugal are the basket cases at the moment. Either they will have to leave the Euro or Brussels will have to take over the running of their economies - but what then with Democracy??

And once one country has left the Euro, what are the chances that other countries will stay if the going gets tough?

The Euro was a bad idea, on the general principle that Europe is too full of countries with big egos, and too little sense.

Besides, I always suspected the Euro and the EU were an attempt by the more powerful European countries to take control of the lesser developed, rapidly growing economies in Eastern Europe.

The euro is hated by a lot of people over there, but backing out should be interesting ......

They can not solve deep economic problems with a devaluation of a currency.
That´s what they have done for decades. But when the short effect of the devaluation is gone the problems are even bigger and the game can go on and on.

I believe a lot of export companies in Europe really like that development. For example Boeing lost advantages with every percentage that the dollar rises against the Euro.
17 posted on 06/03/2005 2:14:43 AM PDT by stefan10
[ Post Reply | Private Reply | To 1 | View Replies]
To: M. Espinola

"One hard kick and the whole mess will fall in."

The French, the Dutch, now the Italians have kicked in the door. The dollar is given a welcome boost to continue as the world's premier reserve currency. OPEC will have to delay a shift over to EUro pricing for petroleum that Vladimir Putin was spurring them on towards.

EUro rejectionists have done the right thing for their proud, unique nations. That America is helped is a side issue

My post is the same! Kick in the door and the house of cards collapses.