Hell hath no fury like a female author scorned. And a good thing, too.

Kitty Kelley, the controversial celebrity biographer, is getting even with her critics in the just-issued paperback of her scandalous but well-researched examination of the president's spoiled, dysfunctional life: "The Family: The Real Story of the Bush Dynasty."

Before the hardcover book was published, the contents were surrounded in secrecy; no advance copies, no leaks. Yet without having read a line, Republican sycophants trashed it relentlessly with extremist language like "garbage" and "fiction."

Kelley has been through this brutal artillery before. Frank Sinatra, Elizabeth Taylor and Nancy Reagan all tried to sink her literary ship after her biographies of them pointed out flaws they preferred to keep hidden.

Despite all sorts of threats, Kelley has never been successfully sued by any of her subjects. A team of lawyers carefully reviewed this book, as well as the others.

The fact is that she stacks up impressive evidence to substantiate what she writes. But too many journalists and others find it easier to believe White House fabrications rather than the printed word, no matter how heavily footnoted.

Yet it turns out a lot of people trust Kelley more than the president's paid hacks. According to Publishers' Weekly, Kelley's book finished 14th on its 2004 best-seller list, with 715,000 copies sold.

In the new paperback, she punches back against the media "poodles" who cowered before the withering White House wrath as well as against Bush's bullies themselves.

I consider Kelley a friend. I know how diligently she works and I admire her courage and, yes, her accuracy. She is not afraid to stand alone against formidable political forces out to mug history to suit their own purposes. (Of course, it is only fair to mention that she is paid very well to do so.)

In a biting new afterword in the paperback version, Kelley observes that much of the mainstream press turned against her because "I had broken the personal code of poodles on the Potomac: Do not speak ill of the powerful."

CNN's Larry King was more frank about his snub than many of the others -- he made it clear he wanted to keep his friendship with former president George Herbert Walker Bush.

She feels that the urge to please is so overwhelming in the insider media because President Bush disdains them and makes it so difficult for them to do their job.

"He has doghoused the White House press corps so that they are almost totally dependent on scraps tossed over the fence by presidential spokesmen," she writes.

White House flacks called television show executives to keep her off the air. Only NBC Today agreed to interview her, but the host, Matt Lauer, deliberately demonstrated that he didn't like doing so.

Lauer repeatedly asked Kelley for whom she had voted, as though he thought voting terribly important.

Yet when she checked, she found that Lauer himself was not recorded on the voting lists in New York City, where he lives.

An equally negative New York Times reporter asked her if she had had an abortion or did cocaine. She adds that "I was sermonized by Lauer, patronized by CNN's Aaron Brown, and chastised by MSNBC's Chris Matthews."

The one anchor who treated her graciously was CNN's Lou Dobbs, who told her that after reading her book he liked daddy Bush better than before because he saw him more clearly as a human being.

Daddy Bush called Kelley "a liar and a smear artist" for pointing out discrepancies in Bush's 1988 book about being shot down over the Pacific during World War II and his recollections of the 1944 event in his personal letters.

He heatedly denied to a journalist that he ever wrote such a book, titled "Man of Integrity." After Kelley's publisher faxed the journalist a copy of the book jacket, Bush replied through his secretary that he "felt guilty" about not remembering he had written the book, but had not changed his mind about Kelley.

Kelley writes that after 25 years of writing biographies, she found this one "the most daunting, probably because I was writing about a sitting president and his quite secretive family in the midst of a contentious presidential campaign ... The book is political, but it is not meant to be partisan."

The moral here is that it is foolish to let the White House pick your book list; read Kelley and make up your own mind about the Bushes.

Being a woman, she should know a lot about bushes.

The fact that Bush won despite this lunatic's rants just proves that the American people did not buy into her fiction.

Basically all we need to know about Marianne, huh?

Interesting sentence. It doesn't say she was actually sued by anyone who then lost on the merits, but manages to imply just that.

5 posted on 05/21/2005 7:16:41 AM PDT by Bahbah (Something wicked this way comes)
[ Post Reply | Private Reply | To 1 | View Replies]
To: kennedy
The moral here is that it is foolish to let the White House pick your book list; read Kelley and make up your own mind about the Bushes.

I don't "let the White House pick my book list", and I certainly won't let a hack liberal columnist, who wants her friend to make money from book sales, pick it either.

6 posted on 05/21/2005 7:17:24 AM PDT by Noachian (To Control the Judiciary The People Must First Control The Congress)
[ Post Reply | Private Reply | To 1 | View Replies]
To: kennedy
"Yet without having read a line, Republican sycophants trashed it relentlessly with extremist language like "garbage" and "fiction." "

Hilarious. Sounds exactly like what the DemocRAT sycophants do regularly, for instance, with the Swift Boat books. However, with Kelley, just seeing her name on a book is proof that most if not all of what is in it is a big fat lie. Including "a," "the," and "and."

How impressive but the last time the people of the USA were asked if they trusted President Bush, 60 million voted that indeed they did.

So let's see 14th on the 2004 best seller list on one hand. Then being re-elected with more votes than any President in the history of the USA.

With journalist this stupid is it any wonder why the MSM is in the mess it is in, they are indeed lucky they have any readers at all. Although it is arguable if anyone on DU can or ever does read anything.

9 posted on 05/21/2005 7:21:19 AM PDT by federal
[ Post Reply | Private Reply | To 1 | View Replies]
To: kennedy
Despite all sorts of threats, Kelley has never been successfully sued by any of her subjects. A team of lawyers carefully reviewed this book, as well as the others.

Certainly, she had to have team lawyers review the book to ensure Kelly had all the proper weasle words in the book so she could not be sued for her lies and inuedos.

This woman is one of the reasons why we do not subscribe to the Seattle PI or the Seattle Times. They're both a bunch of liberal rags out to trash the right which ever way they can.
This dumb broad is a good example.

When will her "scathing" bio of Bill and Hillery! come out?

Curious how I can`t find a book on the Clintons by Kitty.

I guess she values her life. 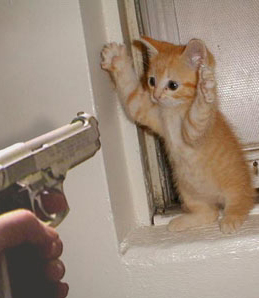 Yeah. . ."footnoted." Footnotes that cite newspaper accounts and second and third-hand whining, bitter ex-employees and political rivals. . .all very credible---NOT!
17 posted on 05/21/2005 8:13:03 AM PDT by Gunrunner2
[ Post Reply | Private Reply | To 1 | View Replies]
To: kennedy
MARIANNE MEANS is Left of Dr. Deaniac and suffers from

18 posted on 05/21/2005 8:16:26 AM PDT by TexasCajun
[ Post Reply | Private Reply | To 1 | View Replies]
To: kennedy
Before the hardcover book was published, the contents were surrounded in secrecy; no advance copies, no leaks. Yet without having read a line, Republican sycophants trashed it relentlessly with extremist language like "garbage" and "fiction."

Perhaps they'd read her previous books and played the percentages?

Look, the thought of Nancy Reagan and Frank Sinatra engaging in a little "John! Marsha! John! Marsha!" in the White House is surely an entertaining one. Credible? Not so much.