...Today, after two weeks of trial and more than three days of deliberation by the jury, Rittenhouse has been found not guilty on all counts. This represents another stark confirmation that there can be no real justice under capitalism, a system based on exploitation, oppression, and racism.

The 2020 BLM protests struck fear in the hearts of the ruling class and sent Trump scurrying into his underground bunker. However, in the absence of a clear revolutionary program and leadership, the movement was co-opted by the Democrats and, after phony promises of “police reform,” driven back into safe channels for the system...

The real purpose of the police, as we have explained elsewhere, is first and foremost to protect private ownership of the means of production and defend the capitalist order. Crowd control and repression of mass movements have historically been a major function of the police...But the George Floyd movement was anything but normal. Over the course of last summer, one in ten Americans participated directly in the protests at some point. This was a truly mass movement which the armed forces of the state could not have contained on the basis of repression alone.

Today’s verdict confirms that...To prevent racist police and far-right violence, an organized, revolutionary leadership must be prepared in advance, equipped with the correct tactics and with experience in the movement, to help channel the struggle against racism and capitalist exploitation into a real power for the transformation of society. Only then will we be able to rid ourselves of capitalist institutions such as the police and racism—the only real way to bring justice and honor the memory of the victims of this system.

But this is the punchline -

an organized, revolutionary leadership must be prepared in advance, equipped with the correct tactics and with experience in the movement, to help channel the struggle against racism and capitalist exploitation into a real power for the transformation of society. (emphasis added)

Socialists will use this verdict, to bash self-defense, so their "leadership" can more easily acquire power, to destroy all that is good and right. They don't care about race - to wit: how many non-whites can you find in these pictures? 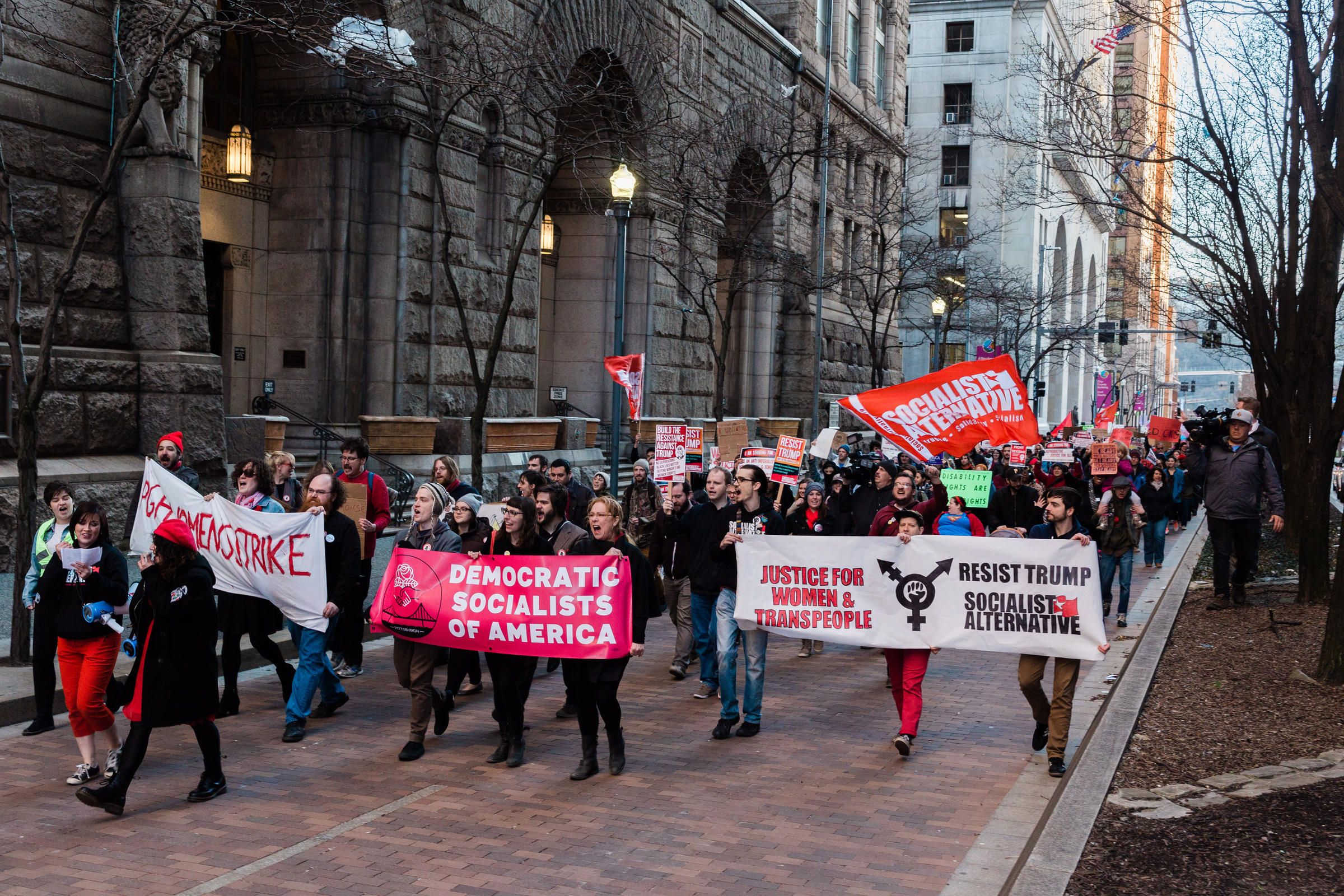 OMG. look at all those white people in those photographs. Racists. Everyone of them.

I wouldn’t be surprised if most of them also believe that Rittenhouse shot three black people. That is the common misconception in the media today.

Blacks are not being arrested or jailed or prosecuted for anything. They are free to loot, riot, kill and commit their crimes with no interference.

Soon it will be open season on these pukes. And it’s awfully nice of them to put their names on lists and their pictures up on the web.

A podcaster I listen to read off some of the truly vile Twitter threats made by lefties after the verdict was announced. Nothing but filthy language and death threats. One fellow announced he would donate to any Go Fund Me account established to defend anyone who would murder Rittenhouse. There were many calls for his murder, and not a few were prepared to do the job themselves.

I would think that an enterprising investigator could offer his services to Kyle, looking up every single one of these luzers to see if they have assets worth pursuing. If he snags a whale he gets a hefty percentage.

If Kyle were black, and shot the same three white rioters who were attacking him. the DA would of pressed no charges and Leftist run cities across the country would be putting up statues of him

7 posted on 11/20/2021 7:16:48 AM PST by MNJohnnie (They would have abandon leftism to achieve sanity. Freeper Olog-hai)
[ Post Reply | Private Reply | To 1 | View Replies]
To: DoodleBob
Over the course of last summer, one in ten Americans participated directly in the protests at some point.Total BS. no way 35 million are so were participating in the Black Lies Matter protests/riots.

But then again, the owners of the buildings that were destroyed, could be considered as "participants", be it unwittingly, so in that case the number may be low.

Has that article appear in the New York Times yet?

This is all ultimately funded by Soros the Hutt and silicon valley oligarchs, the capitalist ruling class are little mom & pop small biz. The rioters serve the capitalists

Just add them to the growing list of defendants in the upcoming defamation/slander law suits.

Most parties with democratic in their name are really Communists

There is the agenda. These are obviously idiots of workd history.

There is absolutely no evidence to even suggest Rittenhouse is a racist. 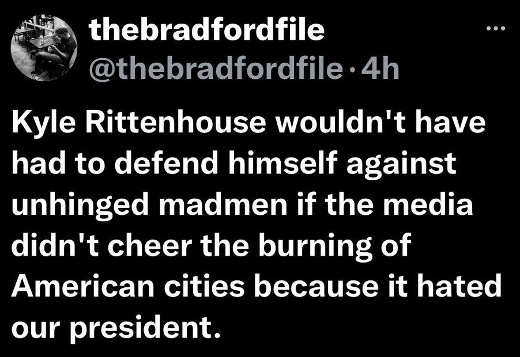 They serve the ruling class.

17 posted on 11/20/2021 7:27:46 AM PST by Jim Noble (The nation cannot be saved until the GOP is destroyed)
[ Post Reply | Private Reply | To 1 | View Replies]
To: DoodleBob
an organized, revolutionary leadership must be prepared in advance, equipped with the correct tactics and with experience in the movement, to help channel the struggle

18 posted on 11/20/2021 7:29:12 AM PST by Jim Noble (The nation cannot be saved until the GOP is destroyed)
[ Post Reply | Private Reply | To 1 | View Replies]
To: DoodleBob
Antifa and BLM spent the last year intimidating Dem Mayors into allowing rioting and looting to run wild, while law enforcement stood by.

Rittenhouse spoiled the narrative by demonstrating there are consequences.

The left is outraged about the concept of consequences for their actions.

THAT is why they are mad a Rittenhouse.

His self-defense is "racist" because it stifled their race riots.