Are you ready for ... greenie hydrogen? Will the next big environmentalist 'thing' be a source of energy?
American Thinker ^ | 07/06/2021 | Viv Forbes

Green hydrogen is the latest “energy” fad from the global warming warriors.

It is mainly hot air.

Hydrogen will NEVER be a source of energy. Unlike coal, oil or natural gas, hydrogen rarely occurs naturally – it must be manufactured, and that process consumes far more energy than the hydrogen “fuel” can recover.

It's actually an idea that is quite old and discredited. “Hydro-gen” means “born of water,” but there has been a commercial fuel containing hydrogen that was born of coal. (Maybe it should be called “carbo-gen”?) In the past it was called “town gas.” It was manufactured by heating coal to produce hydrogen, methane and oxides of carbon. The resultant mixture of flammable gases was used for street lighting and domestic heating and cooking.

It was replaced by “clean coal by wire” (electricity), which was less costly and more energy-efficient.

The reality is that all green generators are unreliable and intermittent – they seldom produce rated capacity for more than a few hours. “Green hydrogen” would create a messy scatter of expensive equipment for panels, turbines, roads, power lines, electrolytic cells and specialised storage tanks and freighters - all to produce stop-start supplies of a tricky, dangerous new fuel. Risking capital in such ventures is best suited to unsubsidized and well-insured speculators.

There are other problems.

Australia, where I am, is a huge dry continent. Burning hydro-carbons like coal, oil and gas releases plant-friendly CO2 and water into the atmosphere. (Every tonne of hydrogen in coal produces 9 tonnes of new water as it burns.) However every tonne of green hydrogen extracted using electrolysis will remove more than 9 tonnes of fresh surface water from the local environment.

This green dream faces huge costs and obstacles to generate the extra electricity, mine the battery metals, establish reliable battery charging stations all over the country and cope with battery disposal problems. Hydrogen-fuelled cars would improve city air quality at the vast expense of producing, handling and dispensing a dangerous gas.

Liberal ideas about environmentally friendly sources of energy are patently elitist. ANY plan that means senior citizens must ruin themselves for home energy is undeniably 'elitist'!!

Do these fidiots ever think beyond their friggin’ noses? Quit depriving my plants of much needed nourishment. 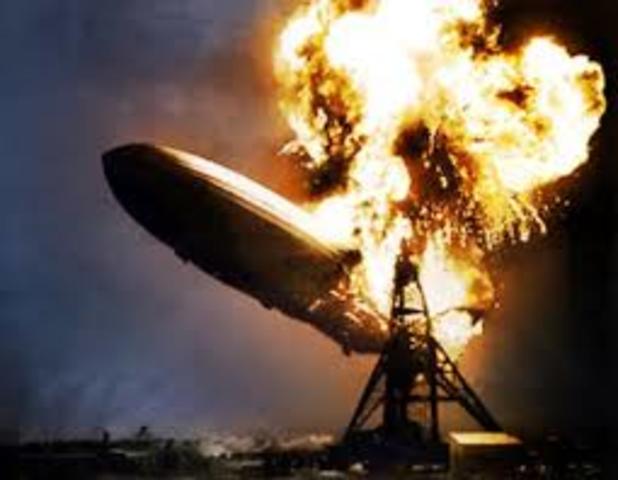 Guess they haven’t bothered to observe and calculate the process of making the hydrogen. Not like you just “make it”. Grrrrrrrr!

How about Unicorn Farts?

However, I do tire of the anti-hydrogen articles.

Yes, hydrogen production is not free (and not clean if we take it from hydrocarbons). But in general, it is still a ideal transport fuel in terms of user friendliness.

#1: The tanks for cars that can hold gigajoules of hydrogen, vent VERY rapidly. You’re car may in fact have a flare of hydrogen if the tank is punctured, but it will be a rapid flare, maybe 2 seconds max. A lithium ion battery fire lasts HOURS. The amount of hydrogen in a car would not be eventful at FULL RELEASE. Everybody is thinking Hindenberg, when it will merely be a small/short fizzle.

#2: Energy to produce is the next big fallacy. I literally see no comparison of the cost of hydrogen separation by electrolysis or from hydrocarbons, to the cost to extract/refine/turn into battery of the rare items that go into Lithium ion batteries. Which leads me to believe Lithium Ion wouldn’t look so good.

#3: A big healthy nuclear power sector, and lots of solar panels, you can produce hydrogen and store it as a battery of sorts. Because battery manufacturers are so tight lipped about energy consumption in the production of lithium ion batteries, I don’t have numbers to compare efficiencies. But given the simplicity of hydrogen and hydrogen fuel cells, I am willing to bet 100$ that hydrogen wins.

#4: Fillup will be a LOT quicker than a Lithium Ion battery.

#5: For nostalgia types like me, we can burn it in our piston engines, not very efficiently, compared to hydrogen “burned” in a fuel cell, but still....

I’ve always been surprised that our technology has not been able to duplicate the photosynthesis process in green plants. That process is cracking water molecules, freeing up lots of Hydrogen all day long all around us.

But, but, but, I recently had a conversation on a thread here where the other person claimed that all that had to be done to break water into hydrogen and oxygen was to heat it with an underwater arc welder.

The person wrote wrote this nonsense, an Australian dairy farmer, is a scientific ignoramus.

Which is why American Stinker makes it difficult to know anything about the “credentials” of those whose output litters its pages.

This is a useful reply. Clearly hydrogen is not what I would call a fuel; more an energy storage system (and a lightweight one at that, even lighter than lithium). Generating hydrogen from water may require electricity but there are some promising catalysts for generating hydrogen from water using sunlight directly, not using electricity.
There are storage issues and some add weight to the issue, and distribution, like any new approac is a big undertaking. A fuel cell would seem to be superior to combustion as a long term approach.

12 posted on 07/06/2021 7:26:57 AM PDT by organicchemist (Without the second amendment, the first amendment is just talk)
[ Post Reply | Private Reply | To 8 | View Replies]
To: Aqua225
I'm interested in hydrogen storage as a solid. I can't stand hydrogen (or any green policy) being forced onto people. And I certainly don't like it as a one-size-fits-all thing.

But as a libertarian who has plenty of solar in large part to decouple me from my energy costs being prey to whatever whims the federal govt, state govt, or their cronies have in mind (and the absolute worst ones are the ones doing it under the auspices of saving the planet), I'm very much interested in hydrogen storage. About 1/4th of my power consumption comes from the grid, with the rest coming from solar. If I have a means to store my excess power for long term, like I'm hoping to do with electrolysis, and if I can do it safely, like I'm hoping with future hydrogen storage options similar to the Lavo system sold in Australia, I'll go off the grid living comfortably in my two-story home using plenty of A/C to counter the hot southern summer.

Photosynthetic hydrogen production using algae and cyanobacteria is the subject of ongoing research. Progress has been made but nothing approaching commercial viability as of this time.

Wherever we travel in the West, we find the once-beautiful vistas we cherished are GONE. Forever GONE. Replaced by endless forests of windmills.

The greenie banshies wailed and shrieked for years about a few offshore oil platforms ruining the ocean vistas in Southern California. But somehow they are happy with hundreds of thousands of these infernal machines all over the national landscape.

I keep waiting for the greenies to wake up to the rapidly vanishing beauty of America and start complaining about that.

There has been a somewhat successful grass-roots effort to stop wind farms. I read last week that over 300 wind farm projects have been squashed by active locals who do not want the infernal machines in their towns and locales.

Wind and solar are the MOST STUPID way to generate electricity imaginable. The wind and sun resource has extremely low energy density so it takes HUGE amounts of land, steel and concrete to generate a relatively small amount of power.

I kind of enjoy the anti-hydrogen articles, as many people have been mislead as to the viability of hydrogen as a “fuel.” I thought that the hydrogen craze had been tamped down for good, but it keeps making a comeback.

You are likely correct that hydrogen could beat lithium-ion as a storage medium; however, hydrogen is anything but “user-friendly.” Storage and dispensing will always be a serious problem.

Years ago, I visited a large transit agency that was experimenting with a couple of hydrogen buses. They spent millions on the buses and a dispensing facility to fuel them. In order to store enough gas to fuel a bus, it had to be compressed to 10,000 PSI ! Any leaks resulted in spontaneous combustion - with an invisible flame!

The buses cost several times more per mile to operate than a conventional diesel bus, and they were fraught with problems. They were never placed into regular service and the agency eventually abandoned the program.

The public will never accept vehicles that run on compressed hydrogen. As someone who has witnesses the accidental release of compressed natural gas (only 3,600 PSI) believe me - a hydrogen release is going to be more than a small/short fizzle!

Fuel cells, maybe - but as with all “alternatively fueled” vehicles, we’re again applying an extremely expensive and comnplex solution to a simple problem (transportation).

As a matter of fact, hydrogen has rather low energy content, if molls are concerned. The only advantage of hydrogen is that it is light.
Well, known fact, the hydrogen is the lightest element in universe.
What does it means in practice that one needs extreme pressures to store hydrogen.
The same energy contained in e.g. propane need about 4x pressure in hydrogen.

You do realize of course that the Lavo fuel cell while amazing is far less efficient than an actual battery. Despite what the picture looks like, it is the size of a large refrigerator and loses over half of the energy input to heat. To top it off they are very expensive. Currently, a bank of lead acid deep cell batteries would be far more efficient, very recyclable, and over their expected useful life, far cheaper. Lots of people are using them for off the grid living right now. You do not need to wait.