PRE-INDEPENDENCE HISTORY OF THE PHILIPPINES The road to July 4, 1946 was long and tenuous. The Philippines had been a Spanish colony since 1565, and since that time numerous revolts broke out challenging Spanish rule. These revolts were disunited, however, until the nineteenth century when nationalism brought forth a more united anti-colonial movement. This culminated in a revolution that broke out in 1896. After much fighting, a stalemate ensued, leading to a ceasefire agreement between Filipino and Spanish leaders.

The outbreak of the Spanish-American War in 1898 brought Commodore George Dewey and the US Asiatic Squadron to Manila Bay, where they defeated the Spanish Asiatic fleet. The Philippine Revolution resumed in earnest, led by General Emilio Aguinaldo who established a revolutionary government. At the height of its military successes against Spain, the revolutionary government proclaimed independence on June 12, 1898. Aguinaldo became president and the Philippine Republic was formally inaugurated in Malolos, Bulacan, in January 1899. 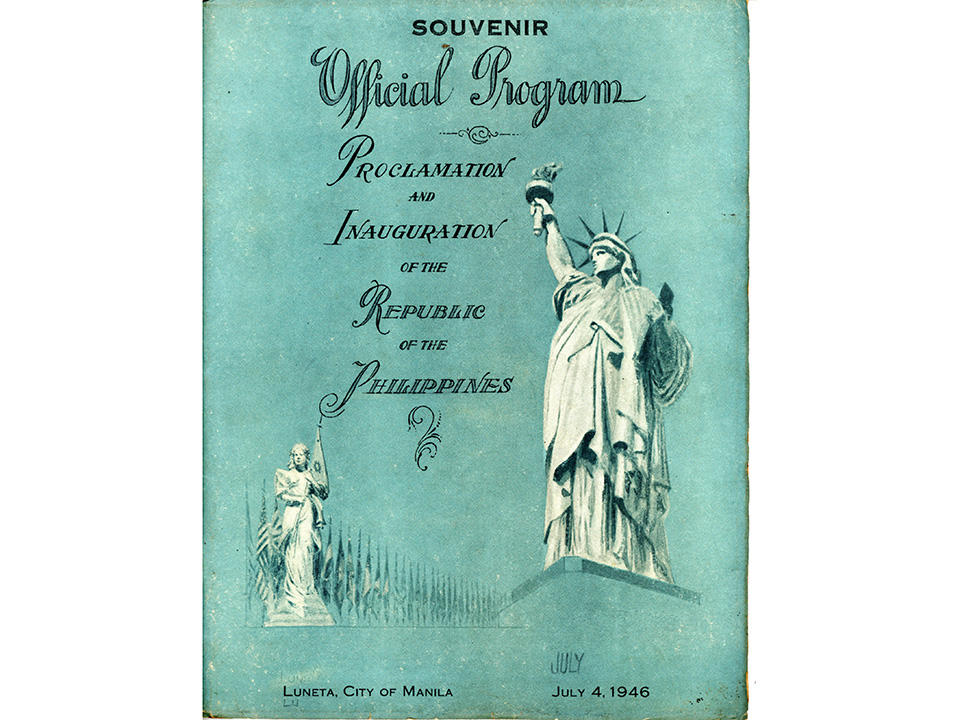 Today is still a holiday in the Philippines, only now they call it Philippine-American Friendship Day. Independence Day was moved to June 12.

And it’s time for a little quiz.

Q. Name the only American who held the rank of Field Marshal.
A. Douglas MacArthur. With FDR’s permission, the Commonwealth of the Philippines awarded him that rank in 1935.

Every reason to love us as you would a big brother. Dutarte has a problem with it. He’ll need us with a big bully in the neighborhood.

Now do it with Hawaii.

And almost immediately the HUKS tried to overthrow it for the Commies. They failed.

When the Japanese attacked Pearl Harbor they also attacked all across Asia on the same day. Now I realize the attack on the Philippines was also an attack upon the United States. Also explains why Mccarthur didn’t want to give it up.

I worked nights with a former Marine Sargent, who was tasked to join the Filipino Army fighting the Huks. This was back in ‘72 or so, and the stories he would tell us at lunch? Of course his Mom cooked and sent lunch for the 5 man crew every day. If you think cutting ears off like the Aussie army did in WW 2 was nasty, the Huks tactics of terror would make the Walking Dead show look like Peewee Hermans big Adventure.

Douglas’ father was the first US governor of the PI.

Quite a family history.