MELTING ICE in Antarctica has exposed a mysterious skeleton, sparking claims that the creature found on Google Maps could be a "dinosaur frozen in time".

The mysterious skeleton of a creature has been found on Google Maps in Antarctica in footage which has since gone viral. YouTuber Michael Bradbury, who hosts the conspiracy channel MrMBB333, suggested that the skeleton remains indicated a dinosaur which had been preserved in the Antarctic ice. The video has recorded nearly 300,000 views, sparking fierce debate among conspiracy theorists online.

The near-perfect skeleton remains were located in a remote inland area of Antarctica.

He added: "I don’t know if this recently thawed and this has been frozen for thousands of years or if this is something new.

"This could be very, very old, going back to prehistoric Antartica.

"I know there are seals in Antarctica but I don't know how they would get 50 miles inland."

The YouTuber added: "I think this thing was frozen in time. I don't think it's a sea lion."

He then proceeds to analyse the skeleton, before concluding that it could be an ancient dinosaur.

The host shows the creature’s front and rear limbs, as the curve of its spine and its skull.

However, sceptics were quick to claim that the remains look like a seal.

One user said: "What looks like hands, fingers and feet and toes is what’s hidden in it’s webbing."

However, others supported the 'ancient creature' claims, adding: "It looks like an alligator skeleton, definitely some type of reptile that walks on land."

One viewer noted: “Seals don’t have back legs."

MrMBB333 has previously posted videos of 'mysterious' Google Maps in Antarctica, including what he alleged was a huge man-made disc emerging from the snow in the region. 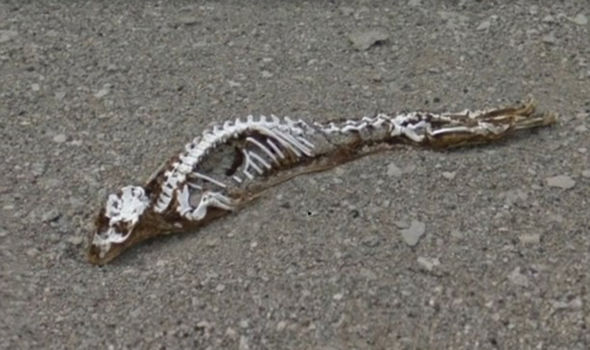 I know what the creature is. It’s rather obvious to my inexpert eyes. 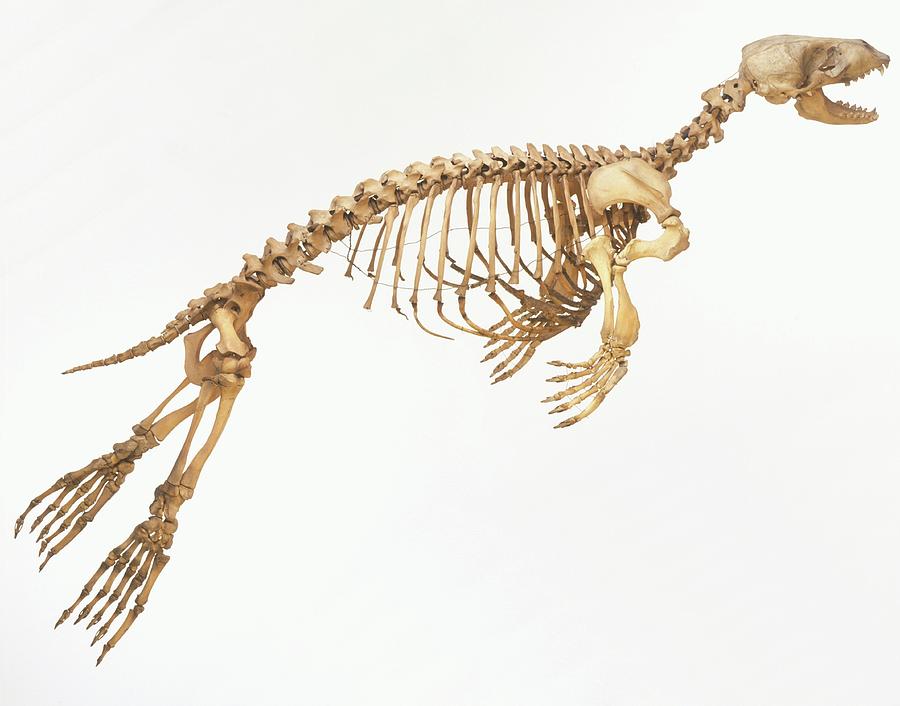 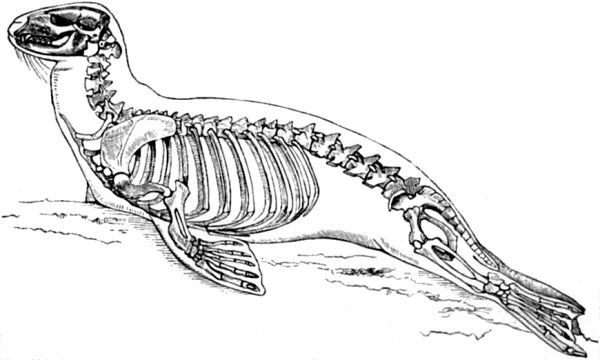 Not so mysterious, eh.

Lol.. how anyone could believe the earth is billions of years is astounding with all the evidence against it. This is more evidence of rapid burial during a worldwide catastrophic flood. Just like the sea fossils in the Himalayas.
But people would rather be categorized as a higher ape so they can act like animals.

But but but Global Warming!

The ICE is MELTING!
How DARE you.

There is not melting ice or snow involved. This is a dry, desert valley in Antarctica. There hasn’t been snow cover or ice in that valley for thousands of years. The seal was in pictures that I saw 10 years ago, when I first learned about the dry area.

Do you know where Plutonium is mined? I believe a very old Earth is the greater story. Having a patient God waiting all that time for men to appear displays an interest much bigger than just working 7 days on the project.

You’ve slipped a zero or do there.

The mega fauna in Russia is a couple thousand (like 10 to 20 thousand).

And they are mammals. Not dinos. And not from the time of dinos.

Well I’ve only this week to show any interest in these type of discoveries...so I’m truly ‘green’ regarding the topic. Still, it was interesting to see what they’ve taken out of the snow and ice there. I’m more interested in artifacts rather than old flesh and bones.

“ Do you know where Plutonium is mined?”

Plutonium is not mined anywhere. In fact it’s not found in nature in anything but trace amounts.

This was the major push of the Manhattan Project.

Exactly right! The longest lived isotope of Plutonium is 80 million years. There may have been some on Earth in the beginning but it has long since decayed away did to the great length of time that has since past.

Yes, but you apparently overlooked Noah’s Ark in the background of the photo.