The great reset or how to Make America Even Greater 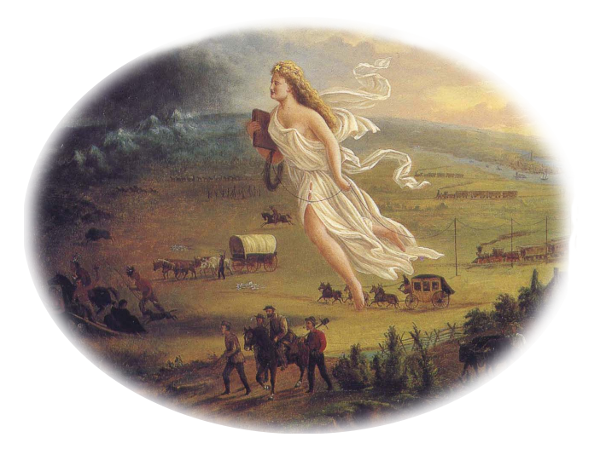 Why do people have Governments at all? Clearly the rule of law is essential to Civilization and Governments are what make those laws possible. If you happen to like Civilization and its benefits you have to put up with some entity that makes peaceful commerce possible. It’s when the law is used to protect criminals instead of protecting you from them that Governments lose their reason for existing. Socialism is just another name for legalized theft and that is exactly the direction America is heading right now . With this stolen landslide election we are now closer to socialism than ever before or what anyone ever thought possible. Or did they? 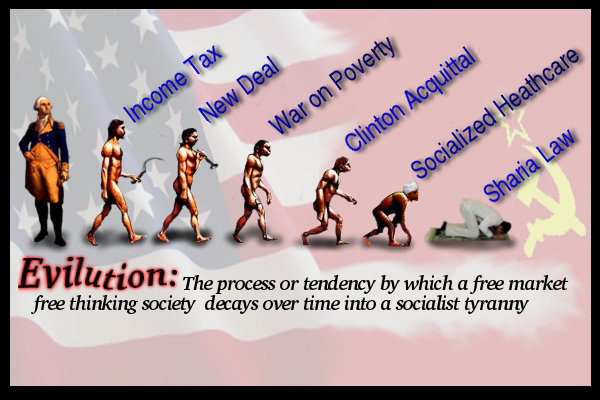 When the Founders wrote the Constitution they were a lot of people who still wanted a King in charge. The Founders knew governments tended towards having a King and did everything they could to preserve liberty instead. They also knew there would come a time where their checks and balances would be gradually erased and provided a way out through Article V. 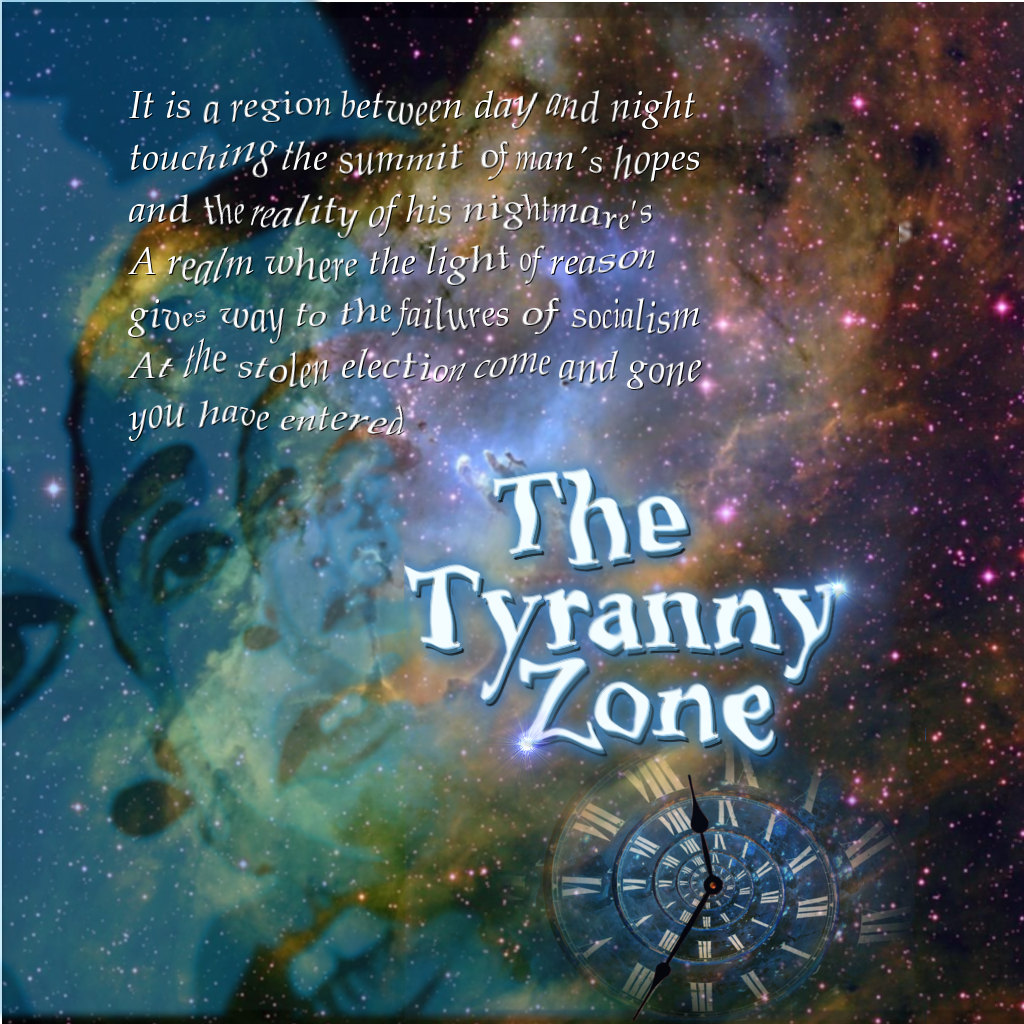 So what went wrong? Why is America where it is today? Slavery was the first issue. In order to win the Revolutionary War the Founders made a deal with the Devil so they could get the support of the slave states. No clearer evidence is needed of the founders desire to keep power in the states than slavery. That the Federal Government they formed was powerless to touch that institution shows just how independent states were actually intended to be! Slavery is clearly at odds with the Declaration of Independence . Thomas Jefferson said it best when he said

“Indeed I tremble for my country when reflect that God is just: that his justice cannot sleep for ever...

The First Democrat-Republican War took that issue off the table and replaced it with another dilemma instead. The amendments adapted after the war give the Federal Government the power to end slavery and stop the treatment of some people as subhuman animals. This worked but it also had an unintended effect: it gave the Federal leviathan the cosmic power to legislate away any perceived injustice they want to fix. No more Cosmic judges of the Law! Last time I heard that was God's particular job and I much rather trust Him than any black robed bureaucrat! The Civil war additions need to be repealed. Which brings us to the second problem, Marbury v. Madison. 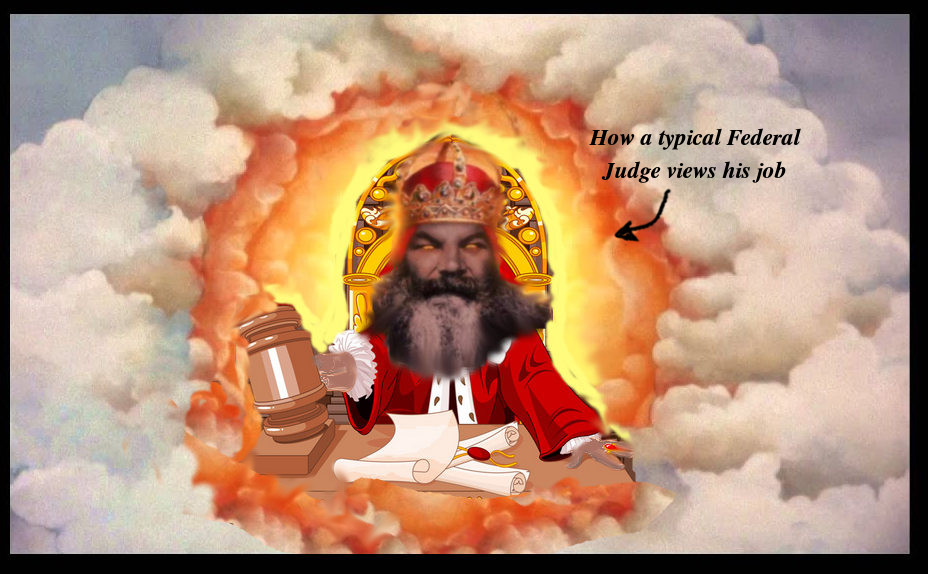 Marbury v. Madison is the case in which the Supreme court gave itself the power to be the final judge of the Constitution. Jefferson knew the danger of this .

But the Chief Justice says, ‘There must be an ultimate arbiter somewhere.’ True, there must; but does that prove it is either party? The ultimate arbiter is the people of the Union, assembled by their deputies in convention, at the call of Congress or of two-thirds of the States. Let them decide to which they mean to give an authority claimed by two of their organs. And it has been the peculiar wisdom and felicity of our Constitution, to have provided this peaceable appeal, where that of other nations is at once to force.”

Unfortunately Congress and the states let the issue slide. It helps keep politicians comfortably in office by passing on any controversial issues to the courts. Politicians like having the courts take away the hot potatoes for them . Even after 200 years the courts maintain this seized power. In the case of Dred Scott it even led to war! Even with war impending, the states could not muster enough votes to get the Convention called. Jefferson's solution is one the country still has not dared to use! A way is needed to take away the courts final say that actually gets used. 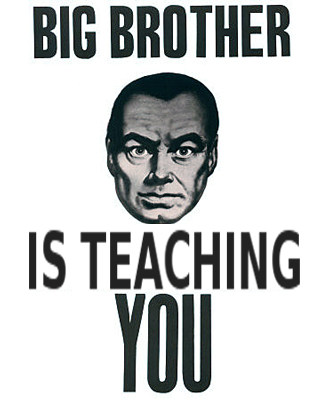 The next problem hurting America are the Public Indoctrination Camps or as they are more commonly known “Public Schools”. Is it any surprise that an institution that runs on state money ends up with its employees worshiping at the alter of the state? It is the state paying teachers and administrators, not parents, so you end up with statist teachers! If education was something you had to purchase like anything else you’d make sure you got value for what you spent. How do you control it when the money is seized by the state no matter how poorly schools perform? In fact the worse public schools do the more they make the claim they need more money! Imagine a business trying to get away with that. The schools now pump out angry little socialists who hate America and end up hating their capitalist parents as well! Separation of School and State is an idea whose time has come. 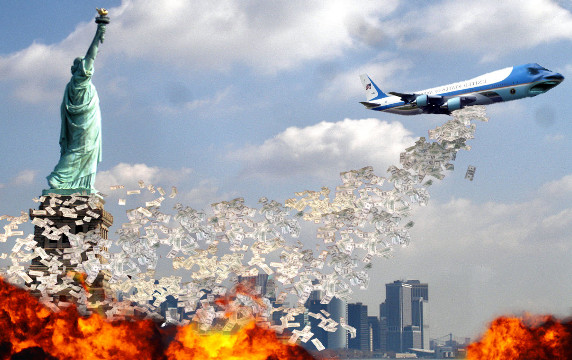 Perhaps the greatest injury added to the Constitution is the Income Tax. It got passed on the bogus claim that only a very few would be taxed and the tax would be tiny. A bogus claim because no limits were built in. It is like a cancerous growth feeding itself at the expense of the body politic, encouraging federal corruption by creating a huge pot of loot to divvy out. It forces anybody who works to navigate a labyrinth of Byzantine rules to justify whatever money they earned that they get to keep. It basically turns all working Americans into part time free range slaves. Whatever portion of your working life that you get to call your own is completely at the whim of the thieves and liars in Congress! An amendment is needed to end this evil. Not only that but something that forces Congress to balance the books and eventually pay off the national debt.

Trump with more power than they ever imagined 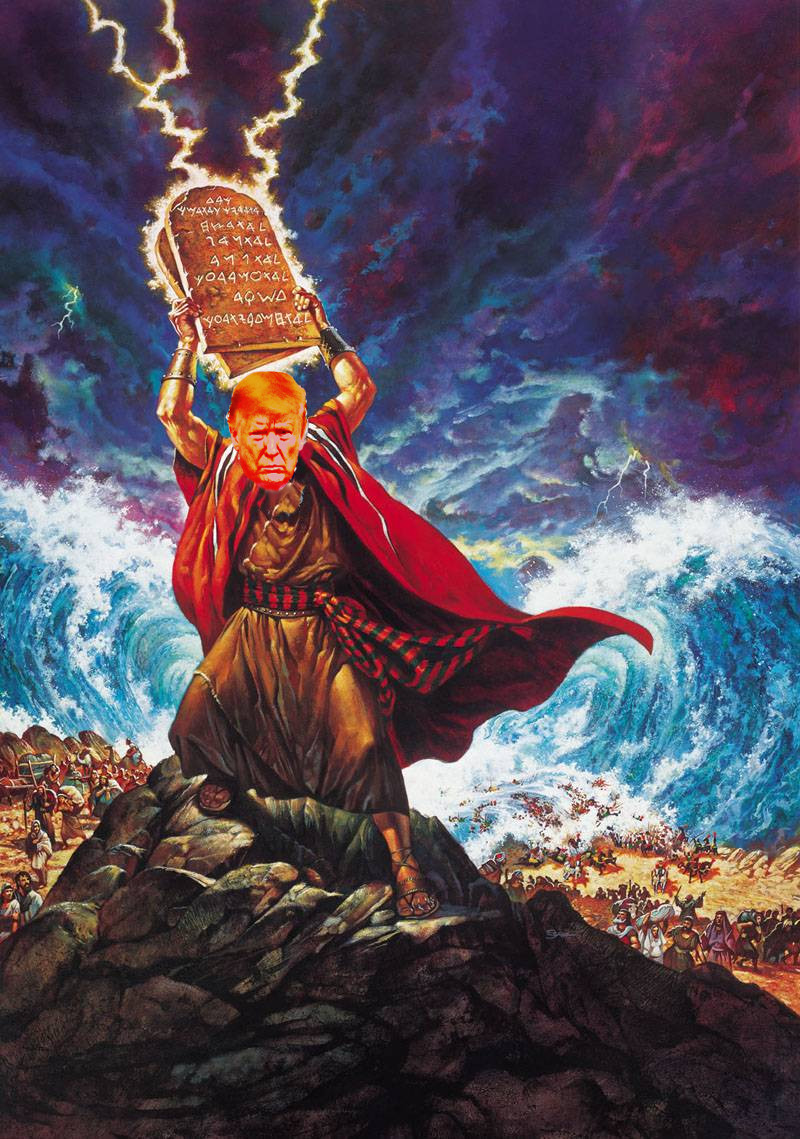 Now that the Swamp has run Trump out of office what can he do? 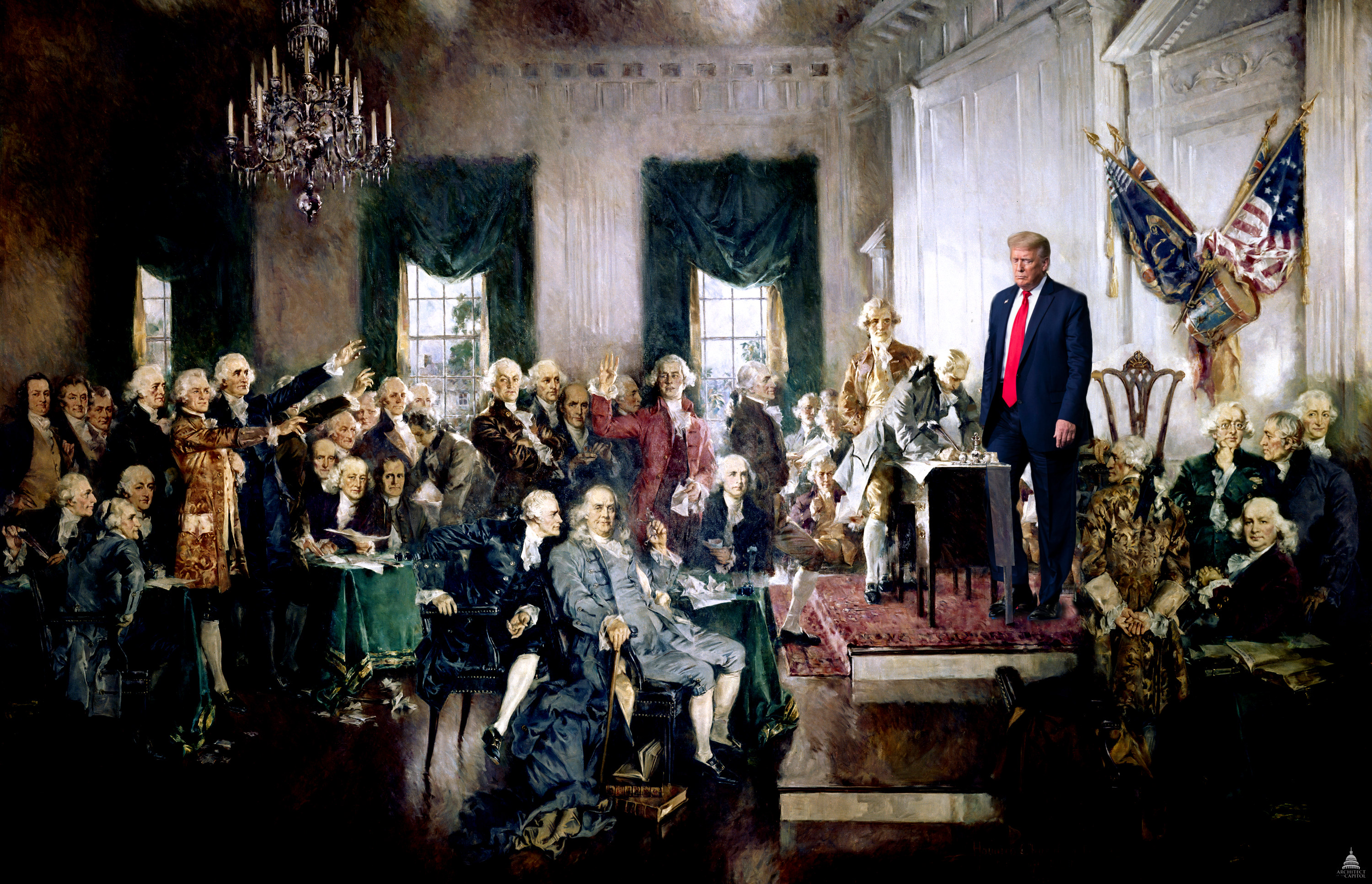 Imagine Trump going from state to state lobbying for a Convention of States. Imagine him offering to chair the Convention once it is convened. He could become the most powerful American since Washington (Who chaired the original Convention)
There is a well organized effort to convene this Convention. It has already achieved 15 out of the 34 states needed to start . The call is written in such a way that if it goes beyond the boundaries of the call it voids the call.
Imagine what it could do. 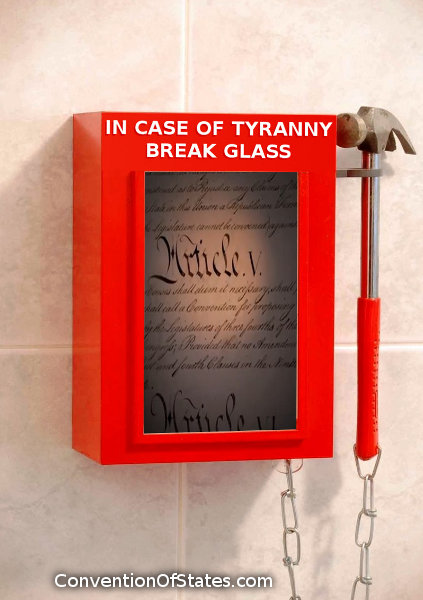 As this fictional election has proved, the system has failed us completely. The Empire struck back and so far it is still winning. How about a great reset amendment ? Election law reset to wherever it was locally in 1970 and no changes allowed for 10 years. Since our elected officials and judges let us down so completely how about anybody currently in Federal office banned from running again for public office for the rest of their lives. The Supreme Court judges all replaced and no longer allowed to hold any public office. The lower federal courts all dissolved and replaced with circuit courts for every state, where their decisions only effect Federal law in that state and where the State legislatures decide how the judges get picked. In other words , a clean sweep.

We could do all this , and more. We could , instead , throw up our hands and give up to the Communists. We could also die fighting in a bloody civil war. I choose Article V instead.