Phantom Fortress: The Crewless Landing of a B-17
War History Online ^ | 1/29/19 | Christopher Hoitash

On November 23, 1944, a Royal Air Force antiaircraft unit stationed outside Cortonburg, Belgium observed a B-17 Flying Fortress flying towards them. The massive U.S. Army Air Forces bomber approached at high speed with its landing gears down.

Having just barely avoided crashing into the unit’s guns, the aircraft’s landing was so fast and uncontrolled that the propellers snapped off and both wings slapped into the earth during the descent. Three engines continued rumbling, and the base personnel awaited what would clearly be a rattled crew.

For over fifteen minutes the soldiers on the ground waited for the bomber crew’s to appear, but no one left the damaged plane. After twenty minutes of nothing, Major John V. Crisp cautiously approached the B-17.

B-17 Flying Fortress B-17 Flying Fortress Lacking knowledge of the aircraft, it took him a moment to find an entry hatch. Eventually finding the hatch under the fuselage, the Major opened it and entered the bomber alone. His own words best describe what he found:

We now made a thorough search and our most remarkable find in the fuselage was about a dozen parachutes neatly wrapped and ready for clipping on. This made the whereabouts of the crew even more mysterious. The Sperry bomb-sight remained in the Perspex nose, quite undamaged, with its cover neatly folded beside it. Back on the navigator’s desk was the code book giving the colours and letters of the day for identification purposes. Various fur-lined flying jackets lay in the fuselage together with a few bars of chocolate, partly consumed in some cases.

Amazingly, the B-17’s crew was nowhere in sight. Not even their dead bodies remained in the bomber. The only significant clue seemed to be the last note in the codebook: “bad flak.” Despite such a message, the only damage the bomber had sustained was from its landing. More to the point, the parachutes remained, meaning if anyone did bail out, they must have done so to certain death.

The B-17 became known as the “Phantom Fortress,” and it took some time to form an idea of what might have occurred. The bomber itself was confirmed to be from the 91st Bombardment Group. The Phantom’s last mission involved bombing oil refineries in Merseburg, Germany. During this mission, something went awry.

The crew, amazingly, were found to be alive and accounted for in Belgium. According to them, the bomb rack had developed a problem. When they veered away from the group to resolve the issue, they took enemy fire which further damaged the rack and took out one of the engines.

The crew then decided to head for England, but when it became clear the bomber wouldn’t make it, they changed course to Brussels, Belgium. Along the way they jettisoned excess weight to keep the B-17 aloft. The Phantom continued to flounder, so the crew set the craft to autopilot and bailed out.

The crew’s story did not match the evidence, as the bomber seemed to suffer none of the damage they had described. Attempts to bridge the two are reasonably plausible, though still odd.

The engines may have kicked back into working order on their own after the crew bailed. The initial investigators, lacking knowledge of aircraft and only knowing of flak damage from the exiting end, could have mistaken battle damage for crash damage.

Though plausible, neither of those theories account for the crew’s parachutes remaining on board. They also cannot explain how the bomber managed the most difficult aspect of flying: landing in something resembling a single piece. The Phantom’s unmanned crash landing was a first, and left many wondering just how it happened.

The best theory developed boiled down to coincidence. The bomber, losing altitude at the right speed and angle for a descent, happened to crash land in a way as only such a legendarily sturdy bomber could theoretically do.

Many theories and few answers surrounded the Phantom Fortress. None of them have been fully explained, and the bomber’s unmanned landing remains one of the many strange and mysterious things that have been known to occur during warfare.

Yeah, I think there’s a lot more to this story.

“The crew, amazingly, were found to be alive and accounted for in Belgium.”

Facts change with each retelling.

If the crew was found alive...Did nobody bother to ask them how they got off the plane without parachutes?

That date would have been our Thanksgiving Day.

Often B-17s would carry a double number of chutes stacked on each other. The bottom chute would protect the upper chute from flak shrapnel.

That’s what I was thinking. Tomorrow morning we’ll get up and only a few of us tormented souls will even remember this story and “War History Online” will be found to have never existed. 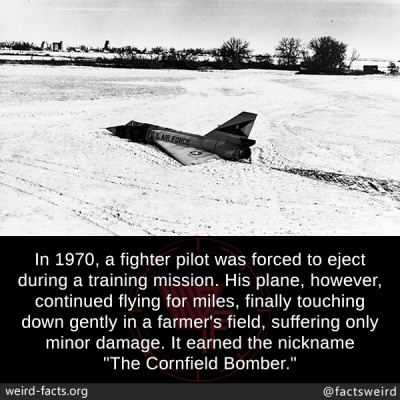 Happens all the time.

Actually a time agent didn’t do their damned homework and messed up a temporal rescue.

In this case there are two realities to account for:

1. The crew bailed out over Belgium and the plane crashed into the ocean.

2. The crew decided to tough it out and was able to land the plane safely.

The temporal agent decided to “beam out” the crew before the plane landed thinking they died during the landing.

Then the agent merged the timelines and ended up with the previous crew in belgium and an empty plane. And a duplicate of the crew in their transporter room...

I suspect a little blue police box was involved...

Did any one ask the crew if they carried second chutes for the whole crew?