Dave Tronnes said his wife Shanti Cooper slipped and fell in the tub – but investigators believe it was murder, and suspect that without their never-ending home renovation she might still be alive.

A successful businesswoman is found dead in the bathtub. Her home had been under construction for years. Did the renovation lead to her death? Correspondent Erin Moriarty reports in "Home Renovation Homicide," an all-new "48 Hours" airing Saturday, September 12 at 10/9c on CBS.

"This house became more than just a project to David Tronnes. It was his life," says Ryan Vescio, a former prosecutor with the Orlando State Attorney's Office. Vescio led the investigation into the death of Shanti Cooper. "He obsessed on it … this house is the center point to the story."

Dave Tronnes was living in Minnesota in 2013 when he met Shanti Cooper on Match.com. Both were going through a divorce, and Shanti had a young son. After a whirlwind online courtship, Dave moved to join Shanti in Orlando and bought the house on East Copeland Drive in April 2015. Three years later, Shanti was found dead there.

The house was 4,000 square feet, and came with a pool, garage apartment and even a few gargoyles. But it was an older-style Victorian home, and Dave said Shanti wanted a more modern open concept. So, they began to renovate almost immediately, and never stopped. When the main house became unlivable, they moved into the garage apartment. Shanti ran a lucrative financial software business out of her home office upstairs, while Dave oversaw the renovation.

Dave had paid a little more than $600,000 cash for the house, but had put it in trust with his mother. Dave married Shanti in 2017, but didn't add her to the deed. Still, she funded the renovation, which had spiraled to nearly a quarter of a million dollars.

Dave reached out to Keith Ori, a house renovator who lives in the neighborhood. Ori also appears on the reality TV show "Zombie House Flipping." He and his co-stars take houses that are the worst of the worst and bring them back to life.

Ori says he wasn't at all prepared for what he saw. "When I got there … they had fully disassembled this house to a degree that I'd never seen before. It was rather astonishing." Ori says typically, when you talk about disassembling a house, you say that it was taken down to the studs. "They took away the studs."

Ori's engineer discovered the only thing holding up the house was two inches of stucco. "They took away all the interior dividing walls and basically what was left was a two-story shell," he says. But Ori was up for the challenge and got the go-ahead to use the house in the next season of "Zombie House Flipping." It was mid-April 2018, and filming was set to begin in early May.

Ori went to the house to meet with the couple one last time to make sure they were on board. "They both agreed, and said, 'Yes, we understand.' And then she took off immediately," Ori recalls. "I got a sense that she was pissed off at him." By this point, Dave was sleeping downstairs in the garage on the couch, next to the dogs.

A few days after the meeting with Ori, Dave Tronnes called 911. He was hysterical as he told the operator "My wife. I found my wife, she's not breathing. I tried to do CPR, I can't get her to breathe."

First responders arrived and pronounced Shanti Cooper dead. She was 39. Dave willingly went to the Orlando Police Department headquarters without an attorney, where he remained for 14 hours.

He told detectives Teresa Sprague and Barb Sharp that he'd gone out to walk the dogs in the afternoon and after he came home he went upstairs to check on Shanti. He heard the water running in the bathroom and found her in her pajamas, floating in the bathtub.

He described the scene as "extremely awful" and unnatural looking and offered a suggestion on how she wound up in the bathtub. "I think something went wrong. Either she slipped and she fell or blacked out or something caused her to collapse."

But the tub was dry and there was no water on the floor when police arrived. And when the veteran detectives questioned how Shanti's severe injuries to her cheek and eye could have come from a slip in the tub, Dave had no explanation. Detectives also suspected, and Shanti's autopsy later confirmed, that she was strangled in addition to suffering blunt force trauma to the head.

Given the sorry state of the house, the detectives began to wonder if it had something to do with Shanti's death. She desperately wanted stability in her life but was living in a house that was anything but. Her name was not on the deed and now Dave was asking her to spend even more money on a renovation that was expected to cost hundreds of thousands more.

"I can't imagine how stressful it must have been. You know, not living in the home you want to live in. And it's taking two-plus years, three years," Sprague said to Dave during the interrogation.

"And I'm sick to death about what happened but nothing happened today because there was no animosity between us whatsoever," he replied.

Sprague and Sharp spent hours trying to get Dave to confess, but he insisted he hadn't harmed his wife. He even agreed to take a polygraph, but by that point it was the middle of the night and investigators couldn't find anyone to administer it. The next morning, Dave returned to his home on Copeland Drive.

His current defense attorney, Richard Zaleski, says the detectives "went into this room, decided that David Tronnes was a murderer, and then went the extra mile to try to put a file together to prove such."

They investigated a number of leads over the next few months before Dave was arrested in August 2018. He was charged with first-degree murder and held without bail.

"48 Hours" correspondent Erin Moriarty asked Ryan Vescio, "Is it possible that without this house, Shanti might still be alive?" "I think that's completely true," he responded.

Dave Tronnes remains at the Orange County Jail in Orlando awaiting a trial that has been delayed several times. He maintains his innocence. 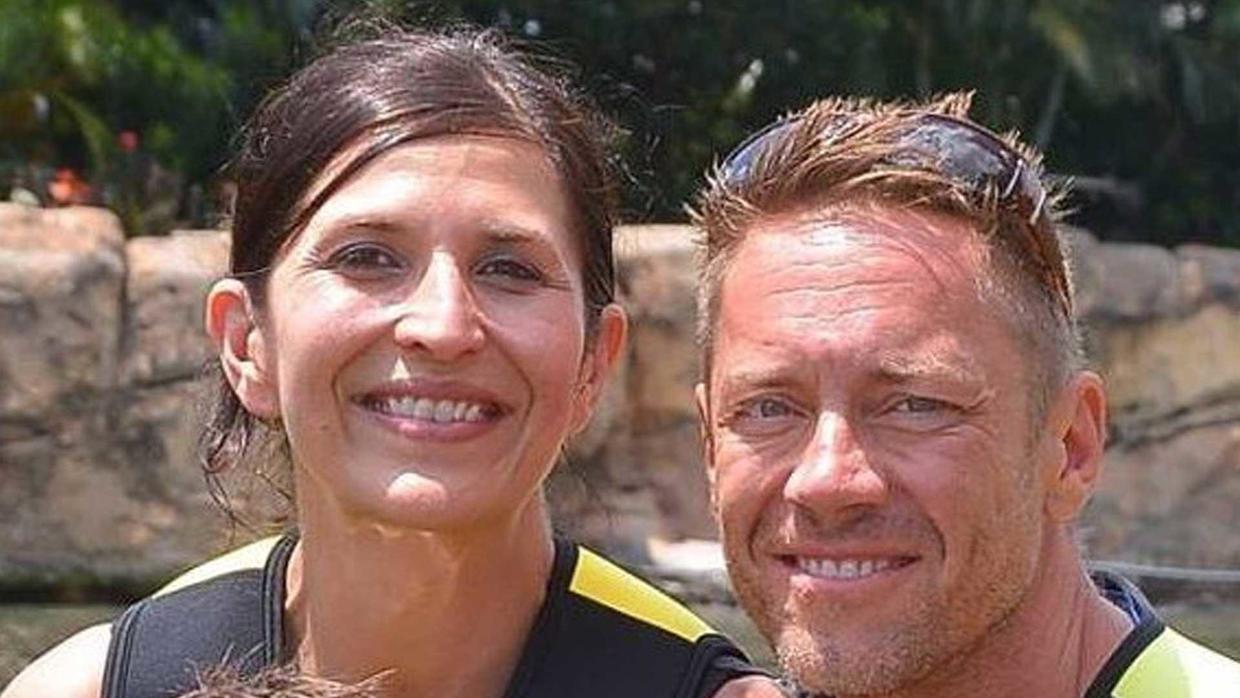 It was rather astonishing.” Ori says typically, when you talk about disassembling a house, you say that it was taken down to the studs. “They took away the studs.”

Ori’s engineer discovered the only thing holding up the house was two inches of stucco. “They took away all the interior dividing walls and basically what was left was a two-story shell,”

2 posted on 09/11/2020 2:41:25 PM PDT by PeterPrinciple (Thinking Caps are no longer being issued but there must be a warehouse full of them somewhere.)
[ Post Reply | Private Reply | To 1 | View Replies]
To: nickcarraway
Living with home renovation is stressful.

Living with someone with an obsession is also stressful.

Did the home renovation kill her?

Did marrying a man who was obsessed with something other then her get her killed?

While remodeling a kitchen once, we were spraying the cabinets...and it was the closest the wife and I ever came to blows. What a mess.

All evidence seems to point to Dave as being the murderer.
Maybe he thought keeping the house in a state of ‘permanent postponement’ protected him from making decisions to marry this lady. Maybe he thought she did not love him, and would leave him as soon as the project was done. Who knows? Perhaps he, Dave doesn’t even know.

Speaking of “Zany” stories about home remodeling;
This reminds me of the famed Winchester House near San Jose, Ca. The widow of Mr. Winchester (the gunsmith) thought if she ever stopped adding onto her home, the ghosts of everyone shot dead by her husband’s rifles would come to haunt her.

The world is FILLED with "open concept" houses. BUY ONE OF THOSE! Those of us who like discrete rooms can't find what we want on the market these days. Don't ruin the wonderful floor plans designed for the house.

7 posted on 09/11/2020 3:15:02 PM PDT by EvilCapitalist (Fire Fauci)
[ Post Reply | Private Reply | To 5 | View Replies]
To: lee martell
Maybe he thought keeping the house in a state of ‘permanent postponement’ protected him from making decisions to marry this lady.

Except they were married.

“You see Dave most every house has what we call ‘load-bearing walls’ and then you’ve got what are basically room dividers -
... you need to know the difference ...”

Currently I am living in a hotel as I await for 3 months now for the insurance and builder to agree an when they can start renovating my house due to an electrical fire.

It will need to be gutted, rewired and rebuilt. Jun 4 was the date we moved into the hotel.

Looks like we ain’t getting back till next year. 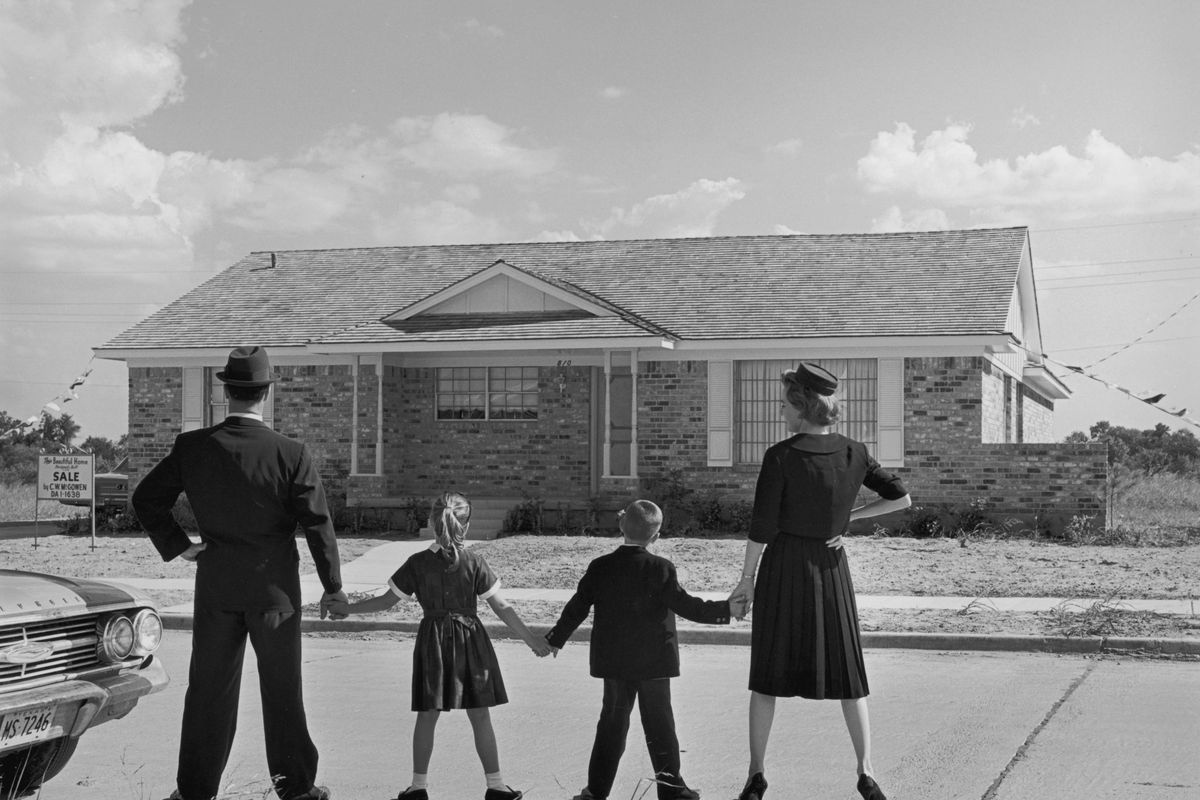 Home renovation is a big way to test your marriage.

Looking at it another way, if you want out, its a good way to get an excuse.