Question: Was it immoral to drop atomic bombs on Hiroshima and Nagasaki?

I believe that President Truman made the right decision, the moral decision and one that stands moral scrutiny and the test of history.

To properly evaluate the decision to “drop the bomb,” several critical factors must be considered. First, the Japanese were feverishly preparing to defend their home islands with the same fanatical ferocity with which they had defended Saipan, Okinawa, and Iwo Jima.

The American invasion of Imperial Japan was scheduled to begin in October 1945. The soldiers, sailors, and airmen preparing for that invasion had been told to expect 50% casualties. In the interest of full disclosure, my father was one of those young sailors (he was 24) and his commanding officer had told him 50% casualties were expected as he was training to be part of the first wave hitting the beach. If we had invaded Japan, I would have had a 50% chance of not being here since I was conceived while my mother and father were having a second honeymoon in Texas six months after Japan’s surrender.

It was also estimated that it would take at least 18 months to subdue Japan, with 500,000 American casualties and five million Japanese casualties after a street-by-street, house-by-house, room-by-room conflict across the length and breadth of the country.

In other words, America would have lost more people dead than she had lost in the entire war up until then (approximately 410,000) in Europe and the Pacific combined. And Japan would have been more devastated than Germany was by the end of the war in Europe.

So, if you subtract the approximately 250,000 people killed at Hiroshima and Nagasaki (including those who died within a year from the effects of radiation poisoning), you could argue that dropping the first atomic bombs saved about 500,000 American lives and 4.75 million Japanese lives.

Also, we now know from captured Japanese war files that the dropping of the first atomic bombs saved the lives of a very special group of Americans. The Japanese authorities were preparing to summarily execute the 23,000 American POWs still in Japanese hands in order to free their guards to focus on repelling the American invasion (38% of American POWs had already died from the cruelty and the barbarity of their captors). The executions were scheduled to begin on August 17, 1945, just 8 days after Nagasaki was bombed. If America had not dropped the atomic bombs when they did, these 23,000 American POWs (soldiers, sailors, marines, and airmen) would have been executed.

So, who bears the moral responsibility for the deaths at Hiroshima and Nagasaki? The answer is the Japanese militarists who led their country to launch a sneak attack against the U.S. at Pearl Harbor in 1941. I am surprised in the still on-going discussions about moral responsibility that so few people take into account the fact that Japan attacked America, not the other way around.

In fact, I believe that if President Truman had not dropped the atomic bombs and thus ended the war, when the American people eventually discovered that so many of their loved ones (sons, fathers, husbands, brothers, uncles, nephews, etc.) had died during the bloody campaign to liberate Japan, they would have demanded the President’s impeachment and may have even demanded his trial for being responsible for the needless deaths of hundreds of thousands of young Americans.

Second, the impact of the atomic bombs had a great peacemaking impact on the post-World War II world. Atomic bombs were used for the first and only time in August 1945.

Some revisionist historians have continued to argue that the U.S. did not have to drop the atomic bombs because Japan would have surrendered anyway, after the Soviet Union entered the war on August the 8th. It should be noted that the Soviets entered the war after we had dropped the atomic bomb, something which they had not previously chosen to do between VE Day (May 8th) and Hiroshima on August 6th.

Could it be that the decision to drop the bomb forced the Soviets to declare war against Japan sooner than they would have done otherwise, lest they not be able to take over Manchuria and the northern part of Korea after the war? If the Soviets had come into the war against Japan and we had not dropped the bomb, would they have demanded an occupation zone in Tokyo and in the Home Islands, modeled after the Allied partition of Germany and Berlin into Soviet and Allied zones? How different, and how much more sad, the history of post-war Japan would have been had it been divided into East and West like Germany.

And, as Chris Wallace makes clear in his riveting new book Countdown 1945, when Truman told Stalin about the atom bomb at the Pottsdam Conference in July 1945, Stalin surprised Truman by his mild response. Stalin was interested, but he wasn’t surprised. The Soviets had a spy, Klaus Fuchs, in Los Alamos feeding America’s deepest atomic secrets straight to Moscow. Wallace also reports, “A member of the Russian delegation heard Stalin and Foreign Minister … Molotov discuss it that night. Molotov said it was time to ‘speed things up’ in developing a Russian bomb’” (page 165).

Wallace then notes that in reality “The Twentieth Century’s Nuclear Arms race began” in Pottsdam “at 7:30 p.m., July 24, 1945,” thirteen days before Hiroshima. That fact pretty much destroys the argument that Hiroshima “started” the nuclear arms race. Generals like George Marshall argued vigorously for Truman’s decision to drop the bomb to end the war as rapidly as possible. Even Franklin Roosevelt’s widow, Eleanor, never accused of being a “hawk,” wrote President Truman on August 12, 1959, that “you could make no other decision than the one you made.”

On the 75th anniversary of the bombing of Hiroshima, should not we at least entertain the thought that the American discovery and use of nuclear weapons at Hiroshima and Nagasaki have in fact saved untold tens of millions more lives in the intervening years than the number of lives lost at those two cities in 1945.

The fact is World Wars I and II, both occurring in the first half of the 20th century, were the bloodiest wars in human history with tens of millions dead in both wars.

In contrast, at the end of World War II with the debut of nuclear weapons and the Cold War, the second half of the 20th century was comparatively mild in bloodshed. Why? Could it be that the answer is nuclear weapons? If it were not for nuclear weapons and the Doctrine of Mutually Assured Destruction, we would have gotten into a war with Russia over Berlin and with China over Korea, seeking to keep the Communists from extending their control over Western Europe and all of Asia. Tens of millions across the globe would have died in such conventional wars. The threat of nuclear weapons has made conflagrations like the two world wars virtually unimaginable.

It must be acknowledged that this human calculus could all change in a moment of miscalculation between the Indians and the Pakistanis on the Indian subcontinent. Still, at this point, 75 years after Hiroshima, nuclear weapons have saved tens of millions more lives than the lives lost at Hiroshima and Nagasaki.

However, it must be conceded that 75 years after Hiroshima, nuclear weapons have had an enormous “peacemaking” impact on the post-World War II world.

I, as a baby boomer American along with millions of my generational cohort, would have spent significant portions of our youth and early adulthood in uniforms in far flung places in many cases sacrificing our lives to defeat the global totalitarian ambitions of the Soviets and the Communist Chinese. Since we had nuclear weapons guaranteeing Mutually Assured Destruction, we were spared that fate. And for that I, and I suspect many of my generational cohort, are profoundly grateful.

It was very moral. Saved many lives on both sides.

4 posted on 08/08/2020 9:51:33 AM PDT by SaxxonWoods (Prediction: G. Maxwell will surprise everyone by not dying anytime soon.)
[ Post Reply | Private Reply | To 1 | View Replies]
To: SeekAndFind
They started it and treated all non-Japanese as inferior.

Japan attacked us without warning.

The Atomic Bomb was our right to defend American Lives.

It did what it was suppose to do.

Screw with the Bull and you get the horn.

Nope, esp. the one dropped on Nagasaki which is where the torpedo’s were built that were used at Pearl Harbor. Karma. 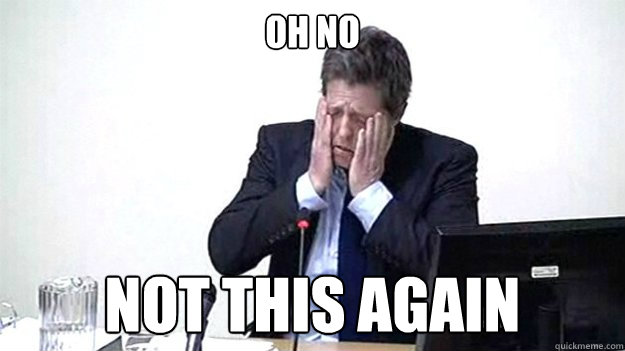 No
Ask the Chinese...
https://www.history.com/topics/japan/nanjing-massacre

No, but it was immoral from the Japanese to attack Pearl Harbor considering we were not at war and the Japanese were talking peace.

Bump for later. These articles are usually simplistic, childish, and predicated on assumptions that don’t stand up to factual analysis or middle-school logic. This article was pretty much what I expected in that regard.

I don’t care what all these words say.... My FIL was a first lieutenant on a ship headed for Japan.... He was to be in the first wave in the invasion... Then the bombs were dropped.... My ex wife and my children would not exist if not for the bombombs.. I cannot be convinced otherwise

12 posted on 08/08/2020 9:55:26 AM PDT by joe fonebone (Communists Need To Be Eliminated)
[ Post Reply | Private Reply | To 1 | View Replies]
To: SeekAndFind
I have a signed copy of the Paul Tibbets's Enola Gay book. Met him at an air show at Lunken airport in Cincinnati, Ohio. His book signing was well attended this was 9-11-04, he died a few years later. Every year around the anniversary of Hiroshima he would get a great deal of attention from the press asking questions along the line of did he have any regrets or second thoughts about dropping the first atomic bomb? He never waivered once in his response which was no, explaining that the bombing of Hiroshima and Nagasaki brought the war to an end quickly. Many more lives were saved than taken by ending the war abruptly.
13 posted on 08/08/2020 9:56:20 AM PDT by BluH2o
[ Post Reply | Private Reply | To 1 | View Replies]
To: SaxxonWoods

The reason the bombs were available to be dropped on Nagasaki and Hiroshima, was because they were not ready in time to drop them on Berlin.

After the two were dropped on Japan, the US had pretty much shot their wad for their nuclear arsenal. There was not enough material to make more for a while, at least several months.

Did not need to read the article.

You can write a million words and the answer is always the same:

I did watch an interesting video last night about British plans to nuke Japan.

Oh please God, not this now. Don’t tell me: Now we must pay reparations to Japan.

Only if you think it’s ok to sacrifice another 100k American soldiers and POWs. And besides, we didn’t nuke Tokyo.