According to the 1975 book Man Eating Sharks! by Felix Dennis, on a beautiful, clear summer day in 1955, one beach along the shores of Lake Michigan was packed with people looking to cool off and enjoy the sunny day, and one of these was George Lawson, a boy from Chicago. Lawson was out with many others splashing about and swimming off a boat near the beach when witnesses allegedly saw him pulled underwater, seemingly by something yanking him under and accompanied by the boy's panicked screams. Shockingly, a dorsal fin was reported by several others on the boat as cutting away through the water right after the incident.

One man named John Adler managed to reach the thrashing boy and pull him aboard the boat, where it was found that the victim was entirely missing one of his legs below the knee. Adler would say of his thoughts as Lawson writhed about and the pool of blood spread in front of stunned witnesses, "I just couldn't believe it, but I had to believe what I saw happening right before my eyes!" Lawson was rushed to the hospital, where doctors apparently were quick to recognize the bite wound as having been inflicted by a shark...

Often in Northern WI there are cases of Muskie attacks on swimmers.

But a Muskie? I doubt that.

Thanks for the link!! Can you imagine having one of those come up behind you while diving?

I’d have to see a lot more evidence before I could conclude that it was a Bull Shark. I have heard that Bulls have been sighted in the Mississipi River as far north as Alton, IL. But there does seem to be a limit as to how long that they can tolerate fresh water. As there have been no confirmed sighting north of that, I’d say that’s the limit. And of course, the only way into the Great Lakes would seem to be the Saint Lawrence. And there have been locks there, so...

There are Bull sharks in Lake Nicaragua which have been there for generations. I don’t know of any Snapping Turtle or Muskie that can remove someone’s leg, it had to be a Bull.

Our pastor knew of a family whose son drowned, when a large turtle grabbed his leg, pulled him under, and wouldn’t let go. He was a young teen or preteen, not a little bitty kid. Snapping turtles are ruthless.

“There are Bull sharks in Lake Nicaragua which have been there for generations. I don’t know of any Snapping Turtle or Muskie that can remove someone’s leg, it had to be a Bull.”

I don’t know this first-hand, but the evidence is that Lake Nicaragua is open to the sea. According to the Wikipedia entry for Bull Sharks there have been specimens tagged in the lake that were later found in the ocean and visa versa. Also, on the discussion of their evolved ability to tolerate freshwater there seems to be a definite limit when it comes to adult sharks. That they will eventually die, if only by starvation. But there may also be limits on toleration place on them via the functioning of key internal organs (ie. kidney & liver) that would kick-in long before starvation.

The theory is that Bull Sharks evolved to tolerate freshwater as a breeding-survival strategy. They go up into brackish water to have their pups, then move back into the estuary/sea. The pups grow up in freshwater, away from predators, and eventually move down to saltwater as they mature.

Some sharks can tolerate fresh water for a lengthy span and sharks have been caught or sighted in Peru in the upper reaches of the Amazon. They do rarely enter rivers and go long distances. I wouldn’t think they could get past dams and waterfalls but ...

Interesting..a shark in Fresh water?? Could they survive in lakes?

Just because science hasn’t seen it yet doesn’t mean it doesn’t exist.

Just as Bigfoot. He’ll tell you all about it.

Or, it could have been a Dogman swimming in the lake with a fake shark fin strapped to its back. 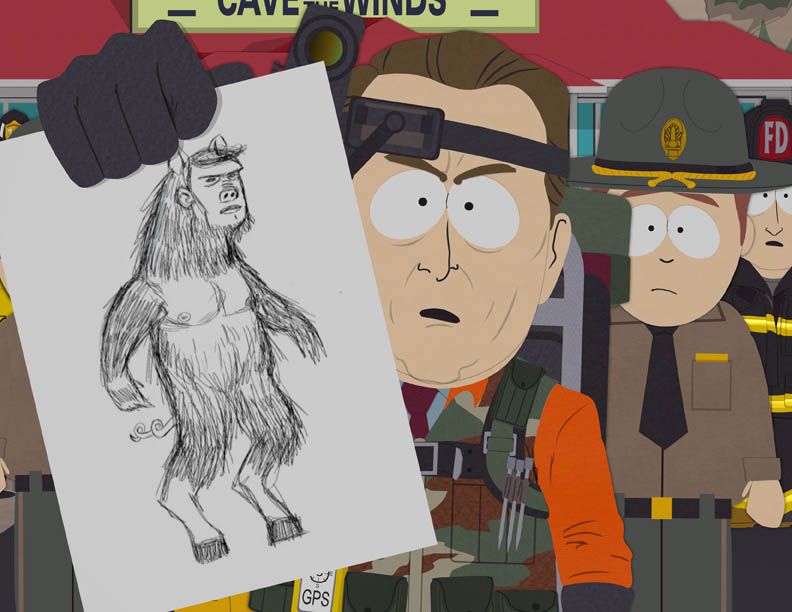 That article was well done. A great retort.

A fun aside: I live on Lake Michigan, a couple of hundred miles north of Chicago. When I clicked on this thread, my BS meter was off the chart.

I forget how many decades ago I read a great prank apology in our local paper. It pretended to be from a marine biology lab doing experiments in a man made lake adjacent to lake Michigan. It was apologizing to the public that a number of sharks having been bred to live in fresh water had escaped into the big lake. They were assuring the public it would never happen again.....

That bit of humor could have come from the Babylon Bee.

That story was the genesis of my screen name.

You know anything about this?

Sharks have been caught in the Mississippi River as far north as St. Louis. Bull sharks can handle fresh water just fine.