The MTA Is Going After an Etsy Artist Over a New York Subway Map It Didnt Make
Vice.com ^ | 9 Jan 2020 | Aaron Gordon

Jake Berman spent more than 300 hours making his own subway map because he didn't like the MTA's. Now the MTA says he can't sell it.

...What is not protected work under copyright law, Kjellberg said, are facts. For example, the MTA cannot copyright the fact that there is a transit station at Union Square and that the 4,5,6,N,Q,R,W and L lines stop there. Nor can it copyright the general location of a stop when plotted on a map, the direction in which it runs, geographic entities like the island of Manhattan, or the names of streets.

...After more than 300 hours of work and 15 or 20 different iterations, Berman finished the map and shared it online for others who might find it useful. But he didn’t sell it until about a year and a half ago, when he noticed, in what is now almost too ironic, that someone else had copied-and-pasted his map and was selling it on Etsy.

...But there is a potentially critical flaw in that logic. The MTA created The Weekender in 2011, two years after Berman created his map, which he uploaded to Wikipedia in 2009.

...That article also claimed the MTA received $500,000 a year in licensing revenue, a whopping .003 percent of the agency’s 2013 revenue. In fact, two Long Island Railroad foreman—an agency within the MTA—made more than that in overtime pay.

...The MTA may have thought it could scare off one independent artist from selling a subway map on a popular platform, but it may have miscalculated. In yet another ironic twist, the MTA picked the wrong artist. He has a day job.

“I'm an attorney by trade,” he said. “So this is something I know something about.”

Bullsh1t. Any roadmap can be copyrighted.

And ever since the London tube subway maps aren’t to scale.

This really isn’t how copyrights were intended to function.

They were meant to keep people from copying and selling someone else’s hard work. Your writing, your brush strokes, you photograph, it belongs to you because you made it. So if someone goes out and paints the same field and trees that Monet painted, Monet cannot claim that it’s a duplication. The trees don’t belong to the trees, his painting does, and the other man’s painting does not.

But of course, we all know in this modern age of digital copyright acts and all these other farce laws that the whole point of “intellectual property” is to create false scarcity for the sake of distributors NOT FOR THE SAKE OF ARTISTS AND CREATORS

Bullsh1t. Any roadmap can be copyrighted.

Yes, the map as a product can be copyrighted.

But that’s not what he did. He drew up his own map using the ‘fact’ that what trains use what stations and go where.

No different than Rand-McNally trying to copyright the route between Houston and Dallas and no one else can produce a map showing that route.

To quote you, BS!

He did not make a copy of the MTA map and sell it as his own. In fact, apparently someone made a copy of ‘his’ map and was selling it online.

Attorneys who fail at the courthouse go to work for the government and if they fail there they go into politics (Adam Schiff is an example).

A map can be copyrighted, but another person can create and copyright their own map.

That’s why maps will (or used to) have fake features, like non-existent roads or streams - so proof of copying can be established.

The MAP can be copyrighted. The DATA on the map cannot. Just because you’ve made a map of a city doesn’t mean somebody else can’t. 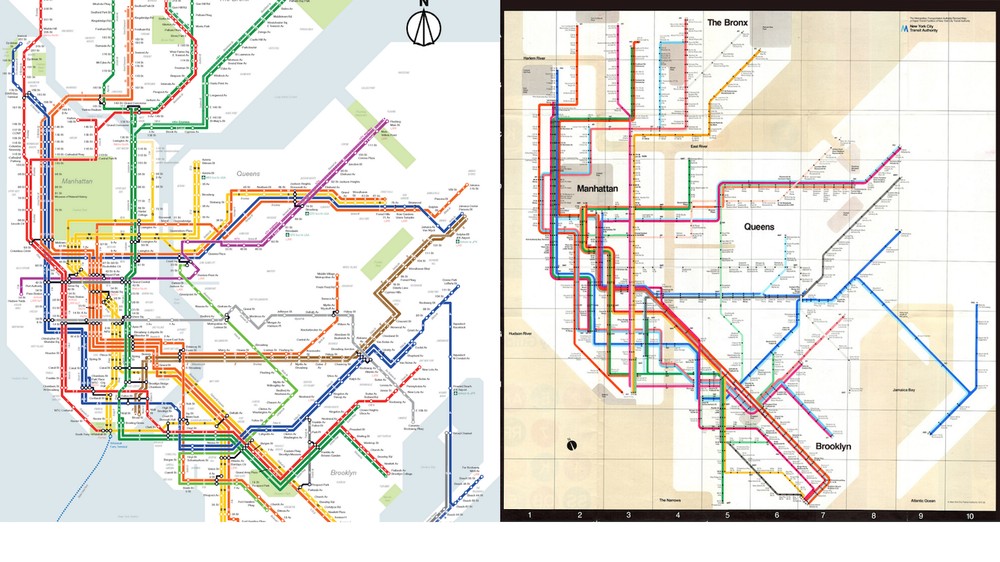 Do they map it out themselves or do they simply redraw your map?

Some map companies deliberately include some errors (naming etc) to catch misappropriation.

The same is true of music and film index information (label stock number etc or all the movies someone has been in).

You can’t simply good to discogs or imdb and lift that information to source your own commercial website.

Just a few more turns and bends and they will never know the difference. More importantly we will probably find out later. The artist was either a trump supporter, a white male or not diverse enough and had nothing to do with the map sketch

That’s always the question, which is why the fake towns exist on maps.

And actually you CAN lift the information from IMDB, you just need to rewrite it. Facts are not copywritable in America. Sentences are.