This post was published on 11th July 2019 The Teen Who Sailed Across The World – Robin Lee Graham Posted By: Emily Thompson

In 1965, 16-year-old Robin Lee Graham set out to sail from California. At the time, he said he just wanted “to be on my own and explore.” But he returned five years and 30,000 miles later, as the youngest person to ever sail around the world solo. His only companion was an ever-changing crew of cats.

Robin was a nonconformist in search of something bigger. He was sick of the regimentation of the classroom and craved freedom. He wanted to see the world and find himself, so in 1965, Robin’s father purchased him a 24-foot sailboat which he named “Dove.” It was the 21st of July, 1965, when Robin set sail. He first sailed alone from California to Hawaii, where his family lived. He declared Hawaii his starting point and set out on his way. His only companions aboard the sailboat were two kittens named Joliette and Suzette that he had been given for company.

Robin Lee Graham and one of his many feline shipmates. Credit: National Geographic. Robin’s journey wasn’t an easy feat and he suffered a lot of hardship. The treacherous winds of the Indian Ocean dismasted his sloop and threw him overboard, almost costing him his life. Nevertheless, Robin managed to survive. 1 Between New Guinea and Australia, he had a near-collision with a big steamer in the middle of the night. “It came so close to running me down that I could have reached out and touched it,” he said.2

In fact, Robin’s sailboat took such a beating that it had to be replaced. He purchased a 33-foot Allied Luders sloop which he named “Return of Dove.” He was able to purchase the boat with money he had earned from National Geographic, who had documented his trip.

Above all, however, Robin wrestled with loneliness, silence and near despair. Sure, he found that freedom he was searching for but nearly lost his mind in doing so. He learned all too well the terrors of isolation. “The loneliness and fatigue built up so much that I’d almost scream,” he said.3 He gained – and lost – a number of cats. Suzette deserted in Pago Pago and Joliette was run over by a truck in Fiji. Nevertheless, Robin was rarely without at least one cat throughout his journey; he had a crew of ever-changing feline friends. He persevered through the loneliness and speared fish and navigated with the accuracy of a marksman.

While sailing in the Fifi islands, Robin met Patti Ratterree, a young woman who much like himself was searching for a meaning in life. Patti had been hitch-hiking across the Pacific from suburban California when she met Robin while seeking a place to sleep for the night. “She looked gorgeous… She was wearing a brilliant blue island dress, very feminine. Her wheat-coloured hair was long on her shoulders,” he said.4

by TaboolaSponsored LinksYou May Like The New Budget SmartWatch, Everyone In United States Is Talking About TechWatch Here's What The Black Diamond On Your Measuring Tape Is For retrotreat.com Marie Osmond’s Daughter Is Probably The Prettiest Woman Who Ever Existed Medical Matters The two fell madly in love and cruised around the Pacific for five weeks, living off the land and taking in the natural beauty. But Robin had committed to sailing the world solo so the duo had to go their separate ways.5

Robin and Patti. Credit: Flathead Living. Nevertheless, the star-crossed lovers continued to cross paths throughout the world and when they reunited in a fishing village in South Africa, they married in the magistrate’s office. Robin later described their romance as “a leapfrog courtship across the Pacific.”6 Picking up where he left off, Robin finished his trip alone.

His worldwide trip took him to Hawaii, Samoa, Tonga, Fiji, the Solomon Islands, Australia, South Africa, South America, the Caribbean and Panama. Nevertheless, Patti was not far behind him; following their marriage, she followed him by ship and air. Patti was completely understanding of Robin’s goal: “He started out single handed and he wanted to finish single handed,” she said.

When he returned, Robin had accomplished something many dream of but very few dared to attempt. He became the youngest person to circumnavigate the world alone. As he sailed in to California, he was met by Patti, his family and a large crowd that had gathered to witness his return. On board, he had four cats alongside him to see him to the finish line. Upon his return, he said he would never do it again. “I wouldn’t go alone,” he said. “I don’t like being by myself.”7 Two months after his return, Patti gave birth to their daughter, Quimby.

Robin remained a non-conformer and abandoned a Stanford scholarship for a log cabin in the mountains of Montana where he settled with his new family. He went on to write a book titled “Dove” about his escapades at sea. He and Patti had another child, a son named Ben, and Robin pursued a career as a builder and furniture maker. Today, the couple are still happily married and live a quiet life on the shores of the Flathead Lake.

Amazing accomplishments considering the technology of that time.

This guy was my hero when I was teenager.

I was upset when I turned 16 and hadn’t tried to break his record.

I would call it the MIRACLE SURVIVAL OF A TEENAGE MORON.

What an exciting, inspiring story. He had the right kind of parents, most would have tried to prevent such a voyage from being attempted. My only question is his daughter’s name.
Why “Quimby”? Is that some exotic island?

You are right! He dared to step outside of the prescribed safety bubble society forces on everyone! Should have sent the whole Navy looking for this kid and his parents should have been locked up for abuse and neglect!

bravery, having a goal, and thinking outside the box were never your strong suit.

My mom gave me that book when I was a little kid. Very cool to remember. Thanks!

His only companion was an ever-changing crew of cats.

Thanks robowombat. Yo, ho, yo, ho, roll out the Viking Kitties Meme!

Parents would be cited for child abuse or something now.

The lure of the sea calls out at various volumes. This kid heard it loud and clear. 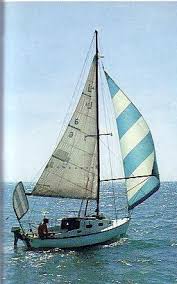 a " 24-foot sloop." isn't all that small - esp single-handed. A Lapworth sloop, it was up to the blue water. (https://sailboatdata.com/sailboat/lapworth-24 boat specs

More about the class - http://www.solopublications.com/sailglad.htm A better choice - the Dana 24

Sailed with him on the dovefor a day trip in 74 Puerto rico I think. real nice guy. Took us all out on the dove for a blue water swim.

He would sail till he needed to restock then dock and bag groceries or somesuch till he replenished his tackle and food then off he’d go...

Ran into him just before he took off, was blessed for a wonderful day. He had bought the dove just after it went around the cape.

Always envied his free spirit, never knew what happened to him. Glad to hear the rest of the story. Man, what a small world this is.

Got the book “The Boy who Sailed Around the World” for Christmas many years ago as a young boy, and still have it to this day. Great to hear him and Patti are still together!

I followed him through National Geographic. What an inspiration.

You are an example of what I love about Free Republic. So many of us have personal knowledge about so many threads. 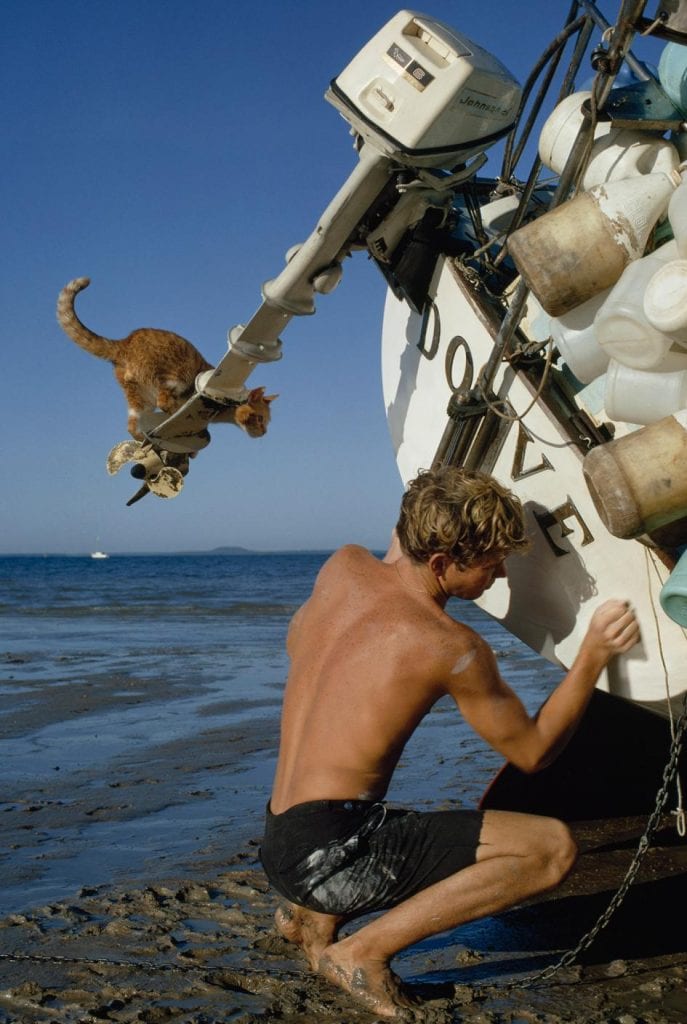