Looks like Pete Buttigieg is really pandering for the vote … in Buffalo.

The South Bend mayor and presidential candidate came out with a radical new policy for eating cinnamon rolls — as he was spotted cutting one up and nibbling on the tiny pieces like they were chicken wings.

The 37-year-old Democrat knew he was being photographed eating when he made his bizarre gustatory move, since the shot was taken at Ruby’s Restaurant in Decorah, Iowa, for a Thursday story about dining on the campaign trail by the Eater food blog.

Buttigieg’s cinnamon roll shenanigans led some on Twitter to wonder how someone can be leader of the free world if they can even eat a glazed bun right.

“I don’t care what your politics are, it is illegal to cut a cinnamon roll into pieces with a knife and then eat it like a chicken wing,” one revolted user tweeted...

Ohio Gov. John Kasich, who ran for the 2016 Republican nomination, was also ridiculed for the way he downed massive red-sauce dishes — and for then taking cannolis to go — during a trip to The Bronx’s Arthur Avenue.

“I have never seen a human being eat in such disgusting fashion,” Trump said at a campaign rally at the time.

Boy that song kicked some ass!

That’s not all he eats that way.

Sure, if you want to die obese and lonely.

That’s not the worse thing Buttplug has put in his mouth.

Hey media, post a picture or even better a video of Petey kissing his husband and report on the public reaction to that. Petey eating glazed buns is not a new item.

Seems like all presidential candidates get dinged for failure to properly appreciate/conform to the local cuisine (Kerry) when they aren’t stiffing the waitresses (Hillary). He’s queer. What do you expect. 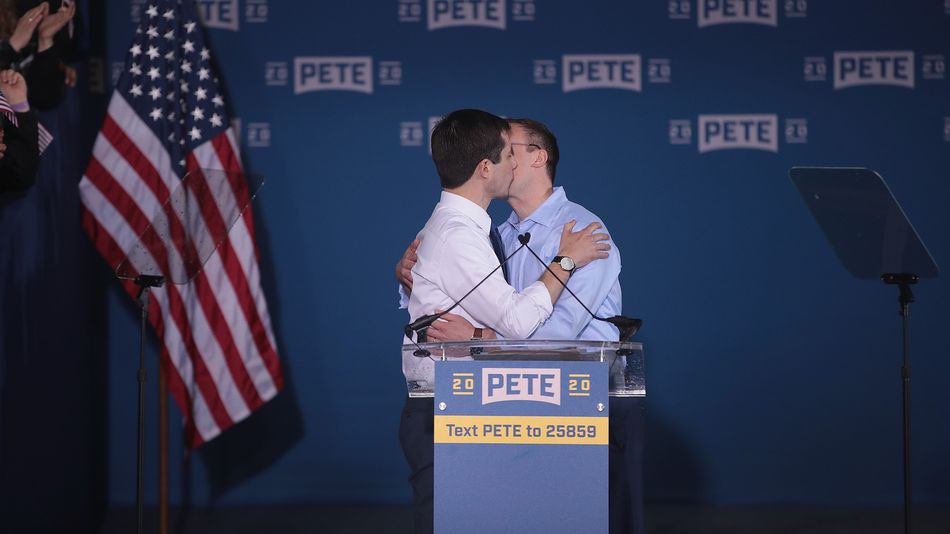 Be careful what you ask for...

I’ll admit to cutting up and eating a big cinnamon roll with a fork...otherwise it gets all over my beard/mustache. But the finger thing makes no sense at all.

Now, Amercans will vote in Pete because of gay guilt?

He just wanted to make sure he could savor and lick every bit of those hot...glazed...buns...

That’s what folks raise eyebrows about regarding Powder Puff Pete??

I suspect highly folks are raising eyebrows more about other behaviors of this guy.....

That is just plain weird.

Use a fork or pick it up with with your thumb and forefinger.

For crying out loud. Let the guy enjoy his food as he pleases. Juveniles pick at stuff like this.