The Long Island judge allegedly busted breaking into a 23-year-old ex-intern and neighbor's home to steal her underwear admitted as much before his arraignment Friday, and confessed it wasn't the first time he's been in that house for "panties," according to a felony complaint.

Robert Cicale, a Republican district court judge from Suffolk County, told cops he was in the house on Donna Place in East Islip Thursday and left when he heard the young woman come home, the complaint says. The woman called her mother, who then called 911, and cops found Cicale a few blocks away.

"He was found to be in possession with soiled female undergarments that we believe were either proceeds of this burglary or a prior burglary," Suffolk County Acting Police Commissioner Stuart Cameron said after the arrest Thursday.

According to the complaint, Cicale admitted the "panties" he had on him when he was arrested were "from other times I went into the house." 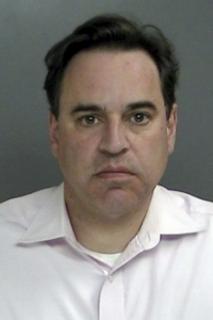 LOL!!!! Monica the lame azz SPITTER!? Best you could rate Billy Boy? President of the USA and you end up with some gag queen? Loser.

Really old and interested in vicarious sex. Some go in for sexy telephones, some like bycicle seats.

Really old and interested in vicarious sex. Some go in for sexy telephones, some like bycicle seats.

Yeah, and don’t forget the pizza and a box of cigars.....

And it seems that they’re mostly cops, judges and people from Florida

More and more, life seems like a James Ellroy novel, with outrageously flawed people bumping up against the moral consequences of their misconduct.

Probably not a good career move.

The house he was renting is still standing. Last time I drove by, which was a few months ago.

[“I was just going over some briefs.”]

He was just going over HER briefs.

I was raised in Suffolk County, Long Island....a long time ago.

I have relatives in NYC, and in Nassau and Suffolk County on Long Island.

So there is hope. Not everyone is a sicko like this so-called “judge.”

thank God, and I hope your family there are doing well.

“republican district”
______________
Good catch. Of course readers assume it’s a Republican. There seems to be no limit on how the press will try to smear Republicans.

I wonder if the SOB is ever bothered by what he’s done to her.

-Acres in the panhandle

“OKLAHOMA CITY - Jurors and others in Judge Donald Thompson’s courtroom kept hearing a strange whooshing noise, like a bicycle pump or maybe a blood pressure cuff. During one trial, Thompson seemed so distracted that some jurors thought he was playing a hand-held video game or tying fly-fishing lures behind the bench.”

Disgusting. Well? Does he still keep his job on the bench?