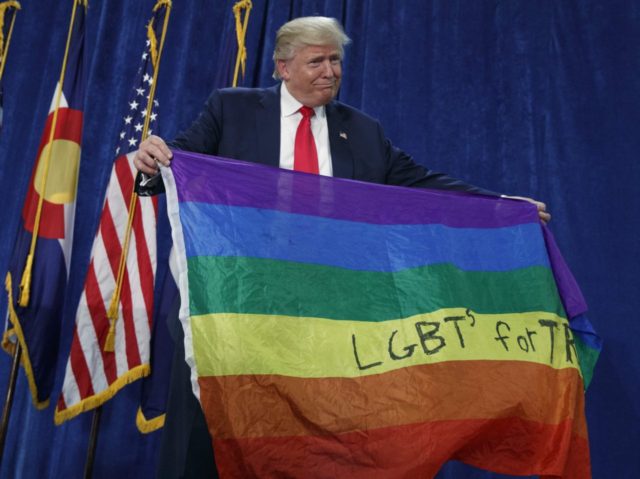 [[Keep bedroom issues in the bedroom, and we won’t have any problems.]]

That’s not entirely true for the following reasons-

most people think it’s just ‘sex between two people’, and doesn’t affect anyone else- but that’s just not true- most gays have 1000’s of partners- which is what is spreading diseases at an alarming rate- affecting even people not in the gay culture through dirty needles, blood transfusions, nurses getting stuck with infected needles, doctors contacting bodily fluids when there are accidents- etc-

Many gay people also admit to being what they call themselves- chicken hawks (gay people that prey on underage kids) so kids are being targeted, attacked, and destroyed as well- Kevin spacey is a typical gay person- preying on young kids- having multiple partners- etc-

Now, not all gay people fall into the above- but most do- that’s a fact- and it affects far more people than just their one partner=-

Also let’s not forget that when they pick up STD’s and become disabled, and end up on massively expensive medicines and operations, we the people pay for that-

And let’s not forget how they are infiltrating our schools and libraries, targeting kids- confusing kids- causing htem to question the natural order of things- and states are preventing parents from correcting their kid’s confused conditions via reparative therapy, should they become confused and think they were ‘born gay’

22 posted on 05/31/2019 9:15:20 PM PDT by Bob434
[ Post Reply | Private Reply | To 6 | View Replies]
To: MinorityRepublican
It just seems to me that President Trump does not lose much sleep over the “gay agenda“ that concerns so many Freepers. True, he has signed onto a few proposals involving gays in the military, but he does not see homosexual conduct or orientation as any kind of threat to the U.S., in the way that China or illegal immigration is, and does not believe that homosexuals should be stigmatized because of any threat they pose to American society. People should accept that.

If you do accept that, and think he is a great president anyway, because of his views on illegal immigration or what have you, that’s fine. But based on his decades of experience in business and politics it seems that he just does not think this “gay agenda” is any kind of big deal. If you think the main thing a president of United States should be concerned about is the gay agenda, he’s not your man, any more than a Democrat would be. It is true that a Democrat would be actively trying to promote the “gay agenda,” but the best President Trump will do is be indifferent to it.

Trump is President, not your priest or pastor FFS. It is not illegal to be LGBT any more than it is to be conservative or Episcopalian.

Acquaint yourself with the concept of “pursuit of happiness”.

Just keep your happiness to yourself and don’t peddle it to kids.

One could see it as a means to attract suburban women, who Trump supposedly has a problem with attracting.

The most pleasant surprise for me has been the president’s hard-line stance on abortion. I thought that would have been the issue where we would have had serious issues with him. Instead, I think his unapologetic pro-life position has emboldened pro-lifers to become even more proactive in this struggle, and led to the strong anti-abortion laws being passed in Georgia and Alabama.

All the people who once loved Bush here at Free Republic now say nasty things about him and his family,

Cruz has been PNGd in these parts,

so you know we’ll ALWAYS have your back!

Go, you Conservative Republican, you! GO!

I finally found something to disagree with Trump on and I do totally disagree.

75% of the rape victims of on duty Army are male and the crime is underreported by 15 to 1...there is a buggary epidemic in the Army..

As long as they shut up about it, and make recruiting underage boys a captital offense.

I believe what the bible says,they should be put to death.

Every one and their dog will probably tell you that support/acknowledgement of the rights of homosexual behavior is not endorsement of it.

I think it has been an ostrich burying head in sand approach. Back in the nineties I had several patients with HIV. Most were on Medicaid,and their drug cocktail Rx’s ran about $21,000 a year. Most lived 2-6 years. Of sixteen, all but one died.

Most of the, supposedly monogamous gay males I knew were promiscuous, and this, illusion of monogamy helped to spread the disease.

God gave people free will. Most of the homosexual agenda goes way too far by pushing it on our culture and society in a very destructive way. That doesn't mean we should have laws making it illegal for consenting adults. It's gross, and sinful, but making it illegal isn't converting people. We should protect our society from homosexual propaganda, but we shouldn't be looking at the private lives of those who aren't promoting it. We aren't doing either at this point.

Trump isn’t right about everything. Homosexuality is violence, a crime against nature
It should be punished. I wish it were a criminal offense in the UD, but it isn’t. Still, they will “receive in themselves the due penalty for their perversion. “

If we do not forbid that behavior by law, particularly since it attacks free exercise of religion by its legality, then the whole nation is fighting God by extension, and that leads down the darkest of paths, never mind the blatant disregard for our Founding Fathers (does anyone think “consenting adults” was their standard? legalization of homosexual behavior in recent times started in the USSR).

Glad to see most Freepers are not going to be led astray even if our president comes down on the wrong side of this issue. It’s disappointing that he does not recognize the threat of sexual perversion to civilization. In my opinion, the LGBT movement is a greater threat to our nation than even illegal immigration, and that’s a huge threat. Both are existential threats really.

The president needs our prayers.

We should not use our national influence to get other nations to lower their standards on this matter. We need to raise our own. While I believe ALL human beings should be treated with love, compassion, and mercy to the degree possible, we must remain firm in our opposition to behaviors that destroy families which are the bedrock of civilization.