Back at the start of the year, an unexpected controversy arose regarding the London Marathon’s rules and regulations for guide runners who support visually-impaired participants in the race.

For years, London’s official policy said guide runners could not receive a medal, despite having traversed the 26.2 miles with their partner like every other finisher. (In reality, volunteers at the finish line handed everyone a medal who wanted one, and a London Marathon official told Runner’s World UK they didn’t enforce the rule. But many were upset at the principle of the stance.)

Runner’s World UK and other media outlets sourced the origin of the criticism that bubbled up in early January to the Royal National Institute of Blind People (RNIB), a British charity. In a statement provided to Runner’s World at the time, RNIB senior official Lizzi Wagner confirmed the charity had spoken up, but didn’t clarify how or why it decided to do so then.

“We have been in conversation with the organizers, and we hope that guide runners will continue to receive the recognition they deserve,” Wagner said then. “Ideally, the policy would be updated, but if not, their contribution must continue to be recognized.”

Just over a month later, that update came, with the London Marathon organizers announcing several policy changes regarding guide runners. Guides will now receive every amenity, including a medal and T-shirt, and will have their own official timing chips, even as guide bibs remain free of charge.

“Guide and support runners do an incredible job to help others complete the 26.2 miles, both in training and on race day, and we want to celebrate their achievements,” said Hugh Brasher, the marathon’s events director, in a statement.

I’m impressed *anyone* can do 26 miles. If I ever got myself to that point, I would be just happy I crossed the finish line.

I thought treadmills already had those hand rails to steady you with.

They can register and get a number, just like anyone else. I do think they should get some kind of certicicate of completion as a guide. And give ‘em a T-shirt, for crying out loud...

4 posted on 03/06/2019 7:18:16 PM PST by real saxophonist (One side has guns and training. Other side's primary concern is 'gender identity'. Who's gonna win?)
[ Post Reply | Private Reply | To 1 | View Replies]
To: Tolerance Sucks Rocks; Gamecock; SaveFerris; PROCON; Yaelle
Wake-up call guy should get an award. That seems pretty important. Why wouldn’t they be on a segway scooter or something? If not...wear a tee.

I say no medals. However these people in my mind are heros. They should be recognized.

if, as the story says, everyone gets a medal that wants one, what principle are the helpers challenging? Do they want a black and white rule book change or a separate medal with helper inscribed on it? reparations? what?

Just give everyone a medal. 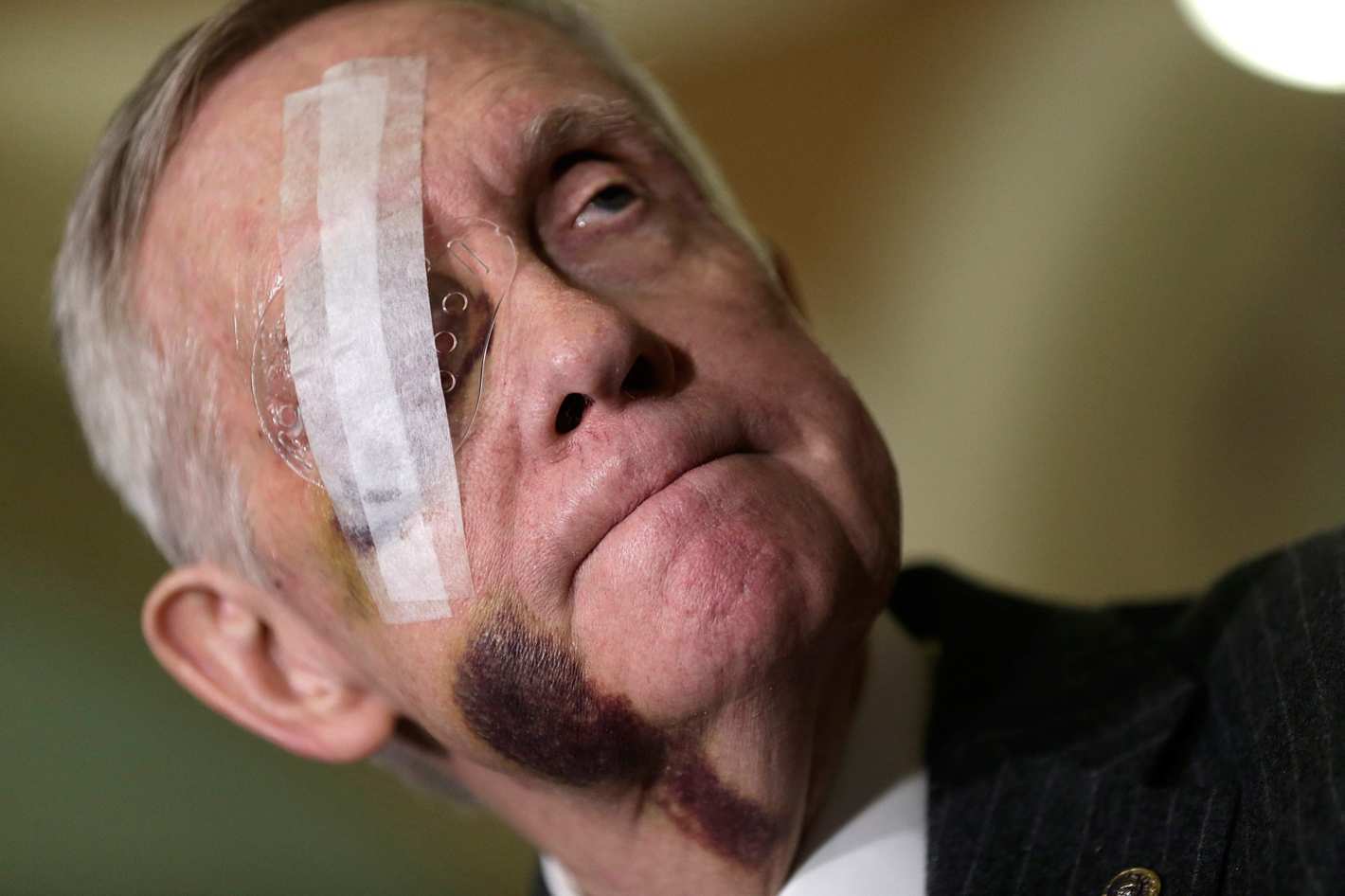 Give them a baton can call it a 2 man relay team.

12 posted on 03/07/2019 1:47:18 AM PST by a fool in paradise (Denounce DUAC - The Democrats Un-American Activists Committee)
[ Post Reply | Private Reply | To 4 | View Replies]
To: Tolerance Sucks Rocks
(Announcer): "Look at this poor sod, mate. This is what happens when these blind runners go it alone. A good guide-runner would come in handy right about now for this bloke. I don't think there's any doubt that guide-runners are a valuable part of the team.."

Then I read: even as guide bibs remain free of charge. and the whole thing became clear.

As always it's all about the money. Follow the money.