I've made some decisions.

I have to Saul. She's dying...and we both know it.

FR isn’t a shadow of what it one was in the early 2000s... but it’s still a solid information resource, and better than most out there. You just have to learn how to skip over the trash as much as you can... and you just have to yearn for the great insights and analyses from contributors that we used to have here... instead of the 30-60% of empty opinions and name-calling that it has become today.

I thought you were talking about Buster Brown's dog Tige.

oh yes, Libbylu, I remember that spectacular flame-out.... she did the opus type thing several times if I remember correctly.... it seemed she could not stop ranting and denouncing everyone at FR. Sorry, don’t have any links but maybe I will look.....

Isn't it funny how they claim to be so down with the MAGA agenda, yet won't take our president at his word?

No, it has to be a ruse, otherwise Q wouldn't be telling them to Trust Sessions.

They trust an anonymous internet cipher over their own president. It's absolutely batty.

Awww I was looking for the Unnngh thread the other day and couldn’t find it. Thanks for the linky

109 posted on 10/04/2018 9:50:32 PM PDT by deadrock
[ Post Reply | Private Reply | To 99 | View Replies]
To: Teacher317
Not all Q related conflicts are what they seem on the surface. If you are the Derp State, and Q is causing news not under your control to mushroom wildly... What sort of things might you stage to discredit the movement?

I’m just here for the comments....

‘Bye. It is its own thread, just avoid it. You have to SEARCH for it to read the updates, so your opus is not even honest.

As if this is a white nationalist site

Guess you’re as soft as the left

They do not do that sort of thing, any more than the regular threads would. Never saw this person on any threads on FR. Did he/she register under a different nane?

Her posting history is still there, but the thread I’m thinking of is not, must have been scrubbed.
She hasn’t posted since April 2016

"I’m getting old and have CRS. (can’t remember stuff)" 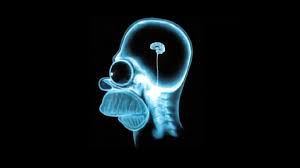 I understood absolutely none of that but have a good one, you gotta do what you think is right.

How did Q nation torment his 99 year old grandmother, I wonder.

I can’t stand it anymore. Q? What is that? (Besides the 17th letter of the alphabet and a character on Star Trek: The Next Generation).