I’m a staunch conservative who believes in the great American Promise of the Framers, which is enshrined in our founding charters, the Declaration of Independence, the US Constitution, and The Bill of Rights.

I believe strongly in every person’s right to keep and bear arms, and for the actual reason that the Founders inserted the 2nd Amendment into our Bill of Rights; that is, as a protection and final brake against the usurpations and tyranny of an over-reaching government.

I have a fervent desire to see our country return to a strict adherence to the prescriptions of our Constitution, as this document lays out what is perhaps the most perfect governing formula ever devised by the mind of man. One which guarantees peace, freedom, and plenty for all, if it is only followed.

I firmly believe that America has achieved its greatness, in part, due to the maintenance of a strong national defense. I believe as the great Ronald Reagan did, that the way to Peace, is through Strength.

I also believe that Islam is an abomination on the people of this planet, and has spawned little but violence and hate in all of its history. I believe that the practice of Islam stunted the natural evolution of those cultures where it took firm root in ancient times. Those same cultures were some of the most advanced of the earth, prior to the introduction and widespread adoption of Islam. Islam is currently a dangerous scourge upon the planet, and threatens all civilized nations. It should be resisted and destroyed, wherever possible.

I believe strongly in the doctrine of “American Exceptionalism”. No other country in the history of the world has given so much to the people of earth. Because of this, I remain convinced that no matter the threats we face as a people, whether foreign or domestic, that we will eventually triumph over them.

My genes fork off into America, Europe, and Africa. Even my most recent immigrant ancestors came to America no later than the late 1700s, so I’ve got roots that go deep into the soil of this great land.

I reside in North Texas, and am unabashedly proud to call myself a Texan. I wasn’t born here, but as they say, “I got here as fast as I could.” My GG grandfather was born here prior to Texas statehood, which qualifies my family for Texas First Families status. I am very proud that I can trace my very DNA back to the soil of this most wonderful state. 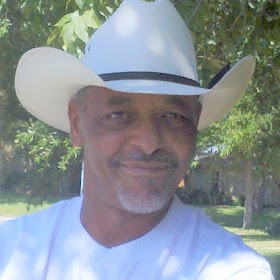 "Torches and pitchforks ripen on the vine. Left too long, they become black rifles." ~ Windflier


Reply to a hoplophobe

Hoplophobe: "Garbage in, garbage out"

Windflier: If you take the time to read the reports I posted (rather than just skim over them) you'd answer your own question. If my posted excerpts aren't enough, go to the site and read the volumes of essays there. There are literally dozens of supporting studies and pertinent resources linked into every report on the site, as well as charts, diagrams, and videos.

"Garbage in, garbage out"? I seriously beg to differ.

John Lott (owner of the site) is one of the most well respected firearms researchers in America. He's been doing it for decades, and has an encyclopedic knowledge of all things related to guns and their impact on society. It's obvious by the tone of your reply that you're completely unfamiliar with the extensive works of this recognized expert. Tsk tsk.

But enough with derailing the initial thread of our exchange, which was started by you, opining on your distaste for guns in general. That's actually what this conversation was about until you sidetracked us down a non-sequitur lane.

You don't like guns. I get that. If it were possible, I'm sure you'd like to see every civilian owned gun melted down. I ask you - who would then be left with firearms in their possession? Governments and criminals, that's who. The law abiding would then be at the complete mercy of those degenerate subsets of the population.

How much do you trust politicians and bureaucrats? They're responsible for hundreds of millions of deaths in the last century alone. Ever hear the phrase, "Power corrupts, and absolute power corrupts absolutely."? It happens to be quite accurate. When a government is armed and the people are not, it's the perfect recipe for despotism and death, because their power over you is absolute. WHEN (not if) that government becomes corrupted by that power, they can inflict whatever hurt and suffering they want on their citizens - and they will.

It's a lesson that should have been well learned by all the peoples of earth by now. Only an armed citizenry can resist the oppression and murderous impulses of a rogue government. There wouldn't be a USA if my ancestors hadn't been armed and willing to tell King George III to "Fuck Off!"

When he refused, we shot the bastards and won our freedom as a nation.

Due to having learned that vitally important lesson, our Founding Fathers encoded the natural right to keep and bear arms into our Constitution for all time. No, our 2nd Amendment had nothing to do with hunting or even personal defense. It was put there to ensure that our government could never subjugate us, and it has worked for over 240 years.

You don't like guns. I get that. Heaven help you if you ever get your wish and your government goes rogue. You will wish to God that you'd never been so foolish.

"Those who beat their swords into plowshares will plow for those who do not." ~ Unknown. 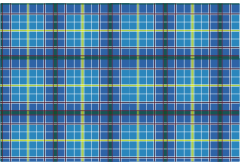