LYON, France, October 2, 2017 (LifeSiteNews) — No human being is ever a “vegetable,” but the phrase “Permanent Vegetative State” certainly described “Jack.”

If someone falls into a “Persistent Vegetative State” (PVS), being completely unaware and unresponsive for a whole year, their condition is diagnosed as permanent.

Colloquially speaking, Jack (a pseudonym) looked awake, but he “wasn’t there.” Now, French doctors have shattered that medical conviction by reviving the 35-year-old man who spent 15 unresponsive years after a severe car accident.

Doctors implanted a device to stimulate Jack’s vagus nerve, the longest of the involuntary nerves that runs from the base of the brain to the abdomen. Besides helping regulate heart, lungs, and digestive tract, the nerve has a lot to do with wakefulness and attention.

They artificially stimulated Jack’s vagus nerve every day for a month. The results produced a medical science breakthrough perhaps greater than the discovery of penicillin.

Their subject responded for the first time in 15 years.

Jack didn’t gain full awareness, but he responded to simple requests. He followed objects with his eyes. He could turn his head when asked. He stayed awake listening to a therapist read a book. His eyes opened wide when someone suddenly got in his face.

In medical terms, he went from a “permanent vegetative state” to a minimally conscious state. “He cannot talk, but he can respond. Now he is more aware,” study leader Angela Sirigu of the Institute of Cognitive Science in Lyon said.

His dramatic change was documented in brain scan “before” and “after” comparisons. (PIC of brain scan comparison)

To the pro-life layman, this is a major vindication.

“Ever since Terri Schiavo, writing about the wrongness of removing feeding tubes from patients diagnosed with persistent unconsciousness (PVS) ... is like spitting in the wind,” columnist Wesley J. Smith wrote. “Patients in this condition are often dehydrated to death by having their feeding tubes removed, which takes up to two weeks. ... People with minimal awareness are legally dehydrated in all 50 states.”

“This should be good news that should cause us to pause in removing feeding tubes from the unconscious,” Smith advised. “Some bioethicists even want such removals to become standard” after a year or two, he warned.

Some still defend starving or painfully dehydrating patients “because they may be in horror at their impaired condition or otherwise suffering.” But Smith said a major study of patients who appeared completely unconscious but proved later to actually be awake and aware “shows that most are ‘happy,’ and majorities would not want euthanasia.”

“Let’s care for these seriously disabled patients — both apparently unconscious and conscious — as full and equal members of the moral community,” Smith concluded.   “And let’s think twice before removing sustaining treatment that can only have one result: a protracted and perhaps painful death.”

Smith noted that 40 percent of PVS diagnoses are wrong, but it now seems possible, at least thinkable, that some who actually do fall into such a state may be revivable.

Jack’s results were published in the journal “Current Biology.”

Niels Birbaumer of the University of Tübingen pointed out that “many of these patients may and will have been neglected, and passive euthanasia may happen often in a vegetative state.” Jack’s example, Birbaumer said, “is a warning to all those believing that this state is hopeless after a year.”

National Geographic’s Karen Weintraub speculated that “if the method is shown to work in a broader population, vagal nerve stimulation could give people with limited consciousness at least a bit of free will and the ability to communicate.”

Hannah Devlin of The Guardian wrote that Jack’s success “offer(s) hope to the families of patients in PVS that it may one day be possible to re-establish some basic form of communication.”

University of Birmingham cognitive neuroscientist Damian Cruse called Jack’s story “pretty exciting.” “If you can just push the patient over the threshold so they can start responding to external stimulation you can maybe help them follow speech therapy and get them to a level where they can start to communicate,” he said.

In recent years, a brain-computer interface has been developed that facilitates paralyzed patients previously thought in a “vegetative state” to communicate basic “yes” or “no” answers to let loved ones know what they want, feel and need.

Vagal nerve stimulation has been used with epileptics, those with neurological disorders, and those suffering from recent brain injury.

Smith exhorts pro-lifers to “never call (human beings) ‘vegetables,’ a term as denigrating and dehumanizing as a racial epithet.”

There’s hope for Terri yet. Oh, never mind, too late.

Ridiculous. Why wasn’t he starved to death?

I saw The Dead Zone on amazon prime a few weeks ago. Still a great film.

5 posted on 10/02/2017 12:01:24 PM PDT by Sgt_Schultze (When your business model depends on slave labor, you're always going to need more slaves.)
[ Post Reply | Private Reply | To 3 | View Replies]
To: SeekAndFind
“Patients in this condition are often dehydrated to death by having their feeding tubes removed, which takes up to two weeks. ... People with minimal awareness are legally dehydrated in all 50 states.”

The accurate term for this is "murdered"!

I think it’s a great advance.

And I think that type of therapy should now be tried on everyone in a vegetative state and the walking vegetables known as Democrats.

First thing he did: register to vote as a Republican.

Now that the highway from brain to central nervous system has been re-established the brain can begin to retrain itself. This person may be limited for months, maybe years but I would bet they may be able to speak or move again.

Liberals are cursing his recovery. Either that or they are busy trying to cover this up. 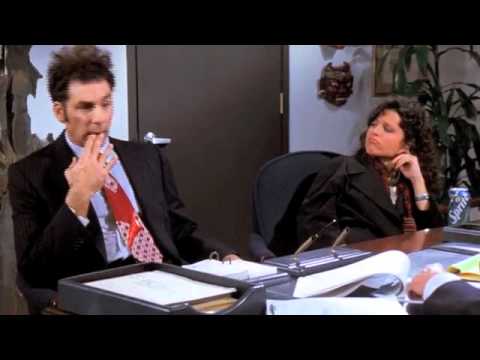 The man is French. He’s not supposed to be able to vote in the USA, but you’ll never know :)

Wow. Prayer and the Hand of God. Wait til the poor guy sees what his country has become while he was asleep.

There was a similar case written about last year where a guy "woke up" after 10 or so years in a "vegetative" state. Turns out he had a brain infection and it took that long for the body to rid itself of the infection.

He heard the doctors talking about him about his condition and he also heard his mother say to him after she got close to his face, "Why don't you just die?"

The lesson to learn is that just because someone cannot respond does not mean that they are not aware of what is going on around them. Hearing is the last sense to go.

Hey-a brain-dead French guy has a right to vote in US elections, too... don’cha know!

Hey, let me ask you something. How long do you have to wait for a guy to come out of a coma before you can ask his ex-girlfriend out?