One drug to rule them all: Researchers find treatment that kills every kind of cancer tumor
New York Post ^ | 03/29/2013 | By MICHAEL BLAUSTEIN

Researchers might have found the Holy Grail in the war against cancer, a miracle drug that has killed every kind of cancer tumor it has come in contact with.

The drug works by blocking a protein called CD47 that is essentially a "do not eat" signal to the body's immune system, according to Science Magazine.

Cancer researchers made a groundbreaking discovery by developing a sort-of “Ultimate antibody” — a single treatment that has been shown to kill every type of cancer it was tested on.

The latest developments are based on research that began a decade ago at Stanford School of Medicine, where researchers discovered a link between cancer cells and high levels of a protein called CD47 while studying leukemia. Irving Weissman, the biologist behind the breakthrough, continued to study CD47 and found at a CD47-blocking antibody that could cure some cases of leukemia by stimulating the immune system to recognize cancer cells as invaders.

Now, Weissman has established a link between CD47 and most of primary caners that affect humans, finding that cancer cells always had higher levels of CD47 than healthy cells. The inordinate amounts of CD47 produced by the cancer cells effectively trick the immune system into not destroying the cancer cells.

“What we’ve shown is that CD47 isn’t just important on leukemias and lymphomas,” says Weissman, according to Science magazine. “It’s on every single human primary tumor that we tested.”

Weissman and his team used that observation to develop an antibody that blocks cancer cells’ CD47, causing the body’s immune system to attack the cancerous cells.

In tests on laboratory mice infected with a litany human cancers — breast, ovarian, colon, bladder, brain, liver prostate — the antibody was shown to force the mice’s immune systems to kill the tumorous cells.

“We showed that even after the tumor has taken hold, the antibody can either cure the tumor or slow its growth and prevent metastasis,” said Weissman.

CLICK ABOVE LINK FOR THE VIDEO AND THE REST OF THE ARTICLE...

The next step is for clinical tests in humans, which should be underway thanks to a $20 million grant by the California Institute for Regenerative Medicine to move the findings to human safety tests, which was granted in 2012, after the study took place.

“We have enough data already that I can say I’m confident that this will move to phase I human trials,” said Weissman.

Researchers have previously noticed that a specific surface marker, called CD47, was expressed at high levels on cancer cells and cells in the blood. They found that this CD47 molecule signals the immune system to ‘not eat me,’ and protects cells from being killed off. Cancers use this flag to evade the immune system and hide while it grows and eventually spreads through the body, ignored by the immune system.

Recently the lab of Irving Weissman at the Stanford University School of Medicine in Palo Alto, California has treated mice with leukemias and lymphomas with an antibody that blocks and effectively hides this CD47 marker and calls on the immune system to attack and kill the cancerous cells.
Now in the most recent publication, Weissman and his research group has gone a step further and tested multiple types of human cancer cells including breast, ovary, colon, bladder, brain, liver, and prostate tumors in petri dishes and in mice to determine the effectiveness of this ‘Anti-CD47’ antibody treatment.

In vitro, in petri dishes, researchers found that when they blocked this ‘do not eat me’ signal, macrophages, a type of immune cell that eats harmful cells and bacteria, killed and ate the cancer cells. And without the drug, the macrophages ignored the cancer cells completely.

In mice, researchers transferred multiple types of human cancer cells, which would normally grow large, metastasize and eventually kill the mouse. Yet, the mice treated with the drug all had shrinkage of tumors, no evidence of cancer spread to lymph nodes and remained cancer free for four months after researchers stopped the treatment (when the experiment was completed).

From the Science editorial “In mice given human bladder cancer tumors, for example, 10 of 10 untreated mice had cancer that spread to their lymph nodes. Only one of 10 mice treated with anti-CD47 had a lymph node with signs of cancer.”

The editorial continues: Cancer researcher Tyler Jacks of the Massachusetts Institute of Technology in Cambridge says that although the new study is promising, more research is needed to see whether the results hold true in humans. “The microenvironment of a real tumor is quite a bit more complicated than the microenvironment of a transplanted tumor,” he notes, “and it’s possible that a real tumor has additional immune suppressing effects.”

Weissman’s research laboratory has received a $20 million grant from California Institute for Regenerative Medicine to move from mouse trials to safety tests in humans (Phase I trials).

This is very interesting. I just wish the laws were relaxed enough to let people make the informed choice to try it for themselves so doctors could collect the data and get it on the market if findings merit it.

US Scientists Find One Drug to Fight Different Cancers

Researchers at the Stanford University School of Medicine in California have discovered a single drug that has killed or shrunk every kind of cancer tumor it has been used against.

“We showed that even after the tumor had taken hold, the antibody can either cure the tumor or slow its growth and prevent metastasis,” biologist Irving Weissman of the Stanford University School of Medicine was quoted by Science Magazine as saying.

The drug was effective against several kinds of cancer tumors that were transplanted into mice, including human breast, ovary, colon, bladder, brain, liver and prostate tumors. In every case the antibody was able to get the mice’s immune system to kill the cancer cells.

“It is the first antibody treatment shown to be broadly effective against a variety of human solid tumors, and the dramatic response … has the investigators eager to begin phase-1 and -2 human clinical trials within the next two years,” the Stanford School of Medicine reported on its website.

The research was published Tuesday on the website of the Proceedings of the National Academy of Sciences.

A decade ago Weissman discovered that leukemia cells produce higher levels of CD47 than healthy cells, Science Magazine reported. And in the last several years, Weissman and his team of researchers discovered that blocking CD47 with an antibody cured some cases of lymphoma and leukemia in mice by stimulating the immune system to see the cancer cells as invaders.

“What we’ve shown is that CD47 isn’t just important on leukemias and lymphomas,” Weissman said. “It’s on every single human primary tumor that we tested.”

And our govt. will approve it’s use in about 1o to 20 years.

Our government should be funding important things like, for example, the sex lives of snails and ducks...and shrimp jogging on treadmills.

BTW, it is Friday and my cocktail hour begins in 2 minutes.

9 posted on 03/29/2013 2:00:07 PM PDT by RoosterRedux (Get armed, practice in the use of your weapons, get physically fit, stay alert!)
[ Post Reply | Private Reply | To 5 | View Replies]
To: SeekAndFind
I hope they didn't use any current malicious disease viruses to create this antibody. 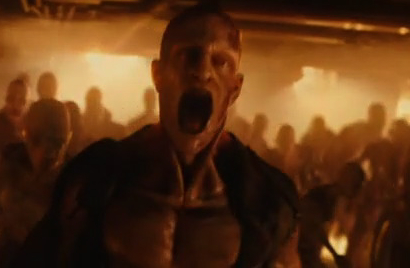 Will be withheld from seniors over 72 years old.

My uncle just passed from stomach and bone cancer. Though too late for him, this is excellent news!

I must admit, this line just about slowed me down....
“So far, researchers have used the antibody in mice with human breast”, but I kept on reading and now I don’t have an image in my head of mice with female boobs in a lab somewhere.

Other than that, this is really great news.

AMA & AHA will buy up rights and it’ll sent to Warehouse 13.

Unless one is a high ranking elite liberal.

It’s okay, we’ve got Will Smith.

Yeah, I was think about that movie when I read this article — sounds too good to be true. What side-effects will a treatment have if ever developed?

Such as most of the Republican senators.