WHOOPI GOLDBERG APOLOGIES FOR HOLOCAUST COMMENTS, THEN GOES ON STEVEN COLBERT AND DOUBLES DOWN ON STUPIDITY
Lieder With Crowder ^ | 2/1/22 | Brodigan

Whoopi Goldberg's ignorance and mind-numbing stupidity were on display Monday. It's par for the course when watching "The View." But Whoopi took it to a new level claiming the holocaust wasn't about race. Even Joy Behar sat there saying, "eesh, that's messed up." Whoopi was quick to apologize to those who were offended.

“If the Klan is coming down the street, and I’m standing with a Jewish friend, and neither one-- well, I’m going to run --but if my friend decides not to run, they’ll get passed by most times because you can’t tell who’s Jewish. It’s not something that people say, ‘Oh, that person is Jewish,’ or, ‘This person is Jewish.’"

Critics were not impressed.

Jewish radio host Tony Katz said it was "unreal" that she essentially doubled down on her stupidity.

Jewish commentator Ben Shapiro echoed those sentiments and pointed out how Colbert helped her do so.

Jewish radio host Tony Katz said it was "unreal" that she essentially doubled down on her stupidity.

Jewish commentator Ben Shapiro echoed those sentiments and pointed out how Colbert helped her do so.

TOPICS: Society
KEYWORDS: bidenvoters; colbert; jewishpinglist; whoopi; whoopigoldberg Navigation: use the links below to view more comments.
first 1-20, 21-40, 41-49 next last
Video at link. Whoopi is living proof of the old adage, "Better to keep your mouth shut and be thought of as a fool, than to open it and remove all doubt". She, like JoyLESS Bloward were somewhat funny back in their stand up comedy days and Goldberg's performance in Jumping Jack Flash wasn't too shabby, but since then, the stupid is intolerable
1 posted on 02/01/2022 3:18:46 PM PST by Impala64ssa
[ Post Reply | Private Reply | View Replies]
To: Impala64ssa

I told you that turd is a hideous creature 🤪

Has anybody noticed that this scumbag appropriated a conventional Jewish name to try to make herself sound more funny?

In other words, she is mocking Jews everywhere.

She is an ignorant, racist piece of sh*t.

Tomorrow her apology will be "I didn't mean to say you can't tell. They have those big noses and are tight will a buck, so obviously you can spot them."

Now can we talk about repealing 19??

going on Stephen Colbert is indeed doubling down on stupidity

But if Whoopi had said, “You can just look and tell if someone IS Jewish”...

That would have been a racist thing to say.

Basically, unless you are Jewish you have no right to say anything about Jews is the rule.

Just like Chapelle pointed out, was okay if he was making fun of blacks but when he got the (white) gays p*ssed off, he was toast.

Jews are no more a race than Italians are. It’s a religion and ideology and ethnic group. That’s not a ‘race.’

Whoopi has got to be Jewish... just look at her family name. 😂🤣😅

Yeah...when someone else writes her script she’s ok...

She is really piling up the poundage. 😋 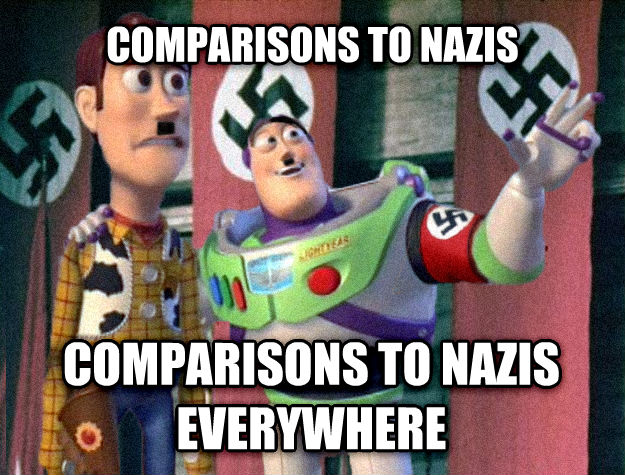 But she has immunity because she has Black privilege.

You mean if you saw a bunch of Democrats?

The staff of the View (or perhaps Staph) is simply not very bright. For the basic facts of the Holocaust to come a surprise to a woman Goldberg’s age speaks to deeply ingrained ignorance.

16 posted on 02/01/2022 3:36:53 PM PST by muir_redwoods (Freedom isn't free, liberty isn't liberal and you'll never find anything Right on the Left)
[ Post Reply | Private Reply | To 1 | View Replies]
To: Impala64ssa
I really wish her hairdresser would go back to the George Washington style white hair curls Whoopi was sporting for a while. It presented her in an entirely different view.

Jews are semites, a subset of caucasian

btw so are Arabs

Whoopi says, “Some of my best friends are Jewish.”

“If the Klan is coming down the street,”

there’s a near 100% chance that they are federal agents. Run.