There Are No Guardrails On The Left
American Partisan ^ | January 27, 2021 | Matt Bracken

America is entering a terrible period in its history at an accelerating pace, now that the Left has taken control of all the critical reins of power in the government, the mainstream media, social media, and big tech. Unfortunately, history teaches with laser clarity that there are no guardrails restraining the behavior of the Left when it is so empowered.

Normative legacy Judeo-Christian values usually provide self correction against outrageous excesses from the Right. Even when conservatives have the power, they restrain themselves from, for example, committing full-on genocide. An example of this is seen in the late 19th Century, when it was completely within the power of the American government to implement a “final solution to the Red Indian problem,” but the government and the American people, then grounded in Judeo-Christian values, did not do so. (This is not to excuse the execrable and destructive Indian reservation system, but it was not genocide.) Likewise, America could have utterly destroyed Germany and Japan after 1945, but we did not do so. The harshly punitive Morgenthau Plan proposed by FDR’s socialist Secretary of the Treasury for post-war Germany came close in its intention, but it was not implemented.

By comparison, the secular atheist (and now frankly insane) American Left has no self-correction mechanism. (Examples of contemporary Leftist insanity: transsexuals welcomed into the military, biological boys ordered onto girls sports teams and in girls locker rooms, etc.) This Leftist insanity is anything but unprecedented. From the French Revolution, to the Paris Commune, the Bolshevik Revolution and through all the horrors of 20th Century Communism, the Left has proven that when it is unchecked, it will drive at full speed straight off the cliff of civilized norms of behavior into totalitarian systems of guillotines, Gulags, forced starvations, and killing fields.

In 2021, having figured out how to rig elections, and then ban any discussion of their election fraud, the American Left has taken full power. Conservatives are battling to preserve tiny free spaces that are being targeted and obliterated one by one. Even the former president of the United States has been silenced, and is about to be tried in a Senate impeachment kangaroo show trial. After the January 6 U.S. Capitol “Reichstag Riot,” Washington D.C. is left under de facto martial law and military occupation.

Today, U.S. military servicemen and women are being forced to take a new loyalty oath, swearing that they do not belong to any “extremist groups.” The definition of “extremist” will soon expand to cover any groups that are not explicitly “woke” and Leftist. Any resistance to this leftward lurch will be regarded as sedition, insurrection, and treason. The ending of the social safety valve of free speech will predictably result in violence, which will lead to more draconian crackdowns against the Right, and this societal death spiral will accelerate at dizzying speed.

The only three possible outcomes that I can see are:

1. The Left being stopped kinetically, as in Chile in 1973. This is not possible in 2021, because the military is fully cucked, “woke,” and tilting hard-Left. Battlefield warriors are being replaced by social justice warriors. Americans holding traditional conservative values are being intentionally driven out of the military. This is the true purpose of forcing the Left’s trans insanity into the military, transforming it into a hard-Left organization whose leaders and troops consider the Constitution and Bill of Rights to be obsolete parchments penned by white racist slave owners. Don’t look to the military to stop the current slide into Communism, they will be fully on board with it.

2. An eventual full-out Communist victory leading to a Stalinist “deep winter” end state like Cuba or North Korea. This is unlikely because A. the conservative Right is too well armed, and too well trained in military special operations to be defeated kinetically, and B. the federal government is too weak, with an American economic implosion looming as trillions of digital fiat dollars are created out of thin air.

3. Economic implosion leading to a collapse of federal power, a breakdown in food and fuel distribution, leading to a civil war that will resemble Weimar Germany colliding with Former Yugoslavia and Rwanda at the same time. This new civil war, unprecedented in its horrors, might eventually lead to some type of pyrrhic conservative victory, but only on top of the ashes of the American constitutional republic, and at an enormous cost in lives lost and property destroyed.

My current vote is on #3, but the outcomes will vary greatly region by region. In any case, it’s very unlikely that we’ll still have all fifty states operating under our current constitution a decade from now. The best advice that I can give to anyone reading this is to move as far away as possible from Democrat-run cities, especially when these cities are located in Democrat-run states. There will be pain enough to go around, but it will be the worst in the suburban guerrilla warfare battlefields around our major urban centers after the food and fuel deliveries stop–and they will stop. History is crystal clear on this point.

Questions for everyone: How much food is grown in your zip code? In your county? In your telephone area code? Your state? Where does your potable water come from? Will it be dependable when that water delivery infrastructure runs across warring territories? 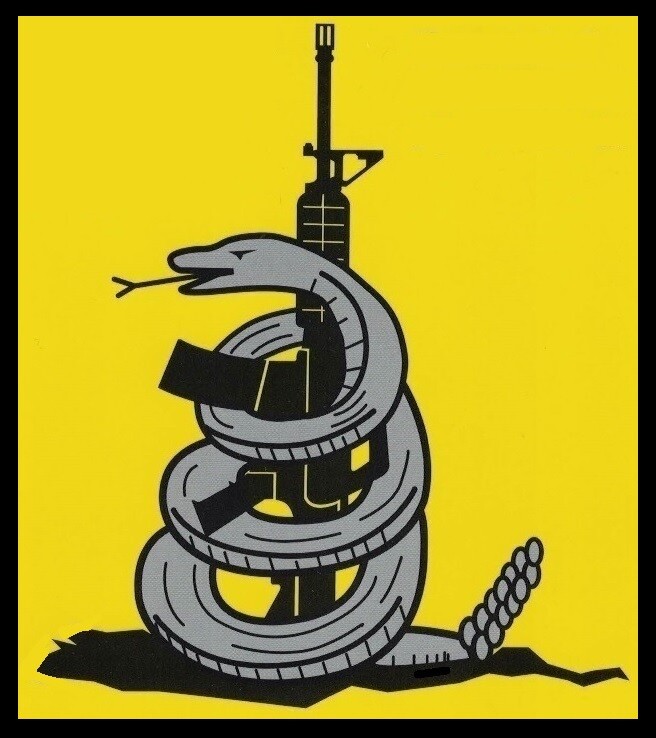 You think so, huh?

Wise words. History will not treat this era well.

How much food is grown in your zip code? In your county? In your telephone area code? Your state? Where does your potable water come from?

Good news for me and mine on the food front, water not so much.

I bought a place in the mountains just after the “election”, with well water and a large garden plot.
I agree that #3 is most likely.

Regardless of activity expectations, the outcome is severe disruptions.

8 posted on 01/27/2021 8:22:22 AM PST by CodeToad (Arm Up! They Have!)
[ Post Reply | Private Reply | To 1 | View Replies]
To: Travis McGee; 4everontheRight; 4Liberty; 5thGenTexan; 45semi; 101stAirborneVet; 300winmag; ...
Prepper ping - Expectations out of this years Communist Coup
'Understand the capabilities of your opponent', and evaluate your own liabilities and limitations - Sun Tzu

Travis McGee : "This essay will probably be outlawed within a year."

My Comment :("or sooner")
Essential reading !
'The best indicator of human behavior, ..is past behavior.'
No wonder they want to eliminate history, or re-write it !

More importantly, how long until FreeRepublic, Conservative Treehouse, American Thinker, Powerline Blog, PJ Media, Twitchy, RedState, Legal Insurrection, and all other conservative media are run out of business? Already American Thinker has had some difficult but unexplained problems that forced it to shut down its Comments section.

I expect half of conservative media won’t be around by next January.

-”the opposition will win an election sometime in the future, and we have to hope their crazies aren’t in charge”—

—they won and the crazies are “in charge”—

Yes Facebook and Twitter have control only on their sites many other places to use the media is always been one sided and not trusted they are damaging their self by the day things are changing fast but not for their good.
Even many of the D.C. hacks have had enough of the net power grab.

Biden’s got an executive order in the works, apparently, to stop federal employees from saying things like Wuhan Coronavirus at work.

Given that I’m a contractor, and my name for it is the Chinese Frankenvirus, I will probably wind up resigning sooner or later, for that reason or some other, even before I get something lined up in Florida.

Thank you for putting thought to paper, (digital). It seems that we are at the “Point of No Return.” Stay well and stay safe, Patriots, and never give up the fight.