Video: Alan Dershowitz Describes A Party With The Clinton’s: “Bill was dancing with every beautiful young woman at the party”
Red State Nation ^ | 07.31.2020 | Ray Pearson

The data include records of a 2011 meeting between accuser Virginia Giuffre and her lawyers where she talked about the powerful people in Epstein’s orbit who she said either flew on his private Boeing 727 or stayed on his private island in the Caribbean.

One of the names mentioned was that of former President Bill Clinton.

At one point in the conversation, the subject turned to Epstein’s powerful friends. Jack Scarola, one of Giuffre’s lawyers, asked her if she had any recollection of Epstein telling her that Bill Clinton owed him “favors.”

“Yes I do,” she responded, according to the documents. “It was a laugh, though. He would laugh it off. You know, I remember asking Jeffrey [a] ‘What’s Bill Clinton doing here?’ kind of thing, and he laughed it off and said, ‘Well, he owes me a favor.’ He never told me what favors they were. I never knew. I didn’t know if he was serious. It was just a joke.”

Alan Dershowitz was also mentioned in the documents but he denied the allegations.

Dershowitz claims unsealed documents regarding Jeffrey Epstein’s alleged sex trafficking accomplice Ghislaine Maxwell prove he “never had sex with anyone associated with Epstein” after the files outlined allegations against him.

An accuser named Jane Doe #3 in the documents claimed to have been trafficked to Dershowitz, an emeritus Harvard Law School professor.

The documents describe Dershowitz as “a close friend of Epstein’s” and claim Jane Doe #3 was forced by the financier, who was found dead in a New York jail cell while awaiting trial, to have sexual relations with Dershowitz. Jane Doe #3 is said to have been kept as a “sex slave” for Epstein.

But as always the internet never forgets and one video of Alan Dershowitz seems to expose former President Clinton even more.

During an interview as he explains a party at the Clintons, he said that Bill was dancing with every young girl in the room.

The staff members who worked in Jeffrey Epstein’s New York City mansion for close to a decade are seen posing alongside Hollywood stars, political heavyweights, and even a few royals so any of these politicians can be the possible “star” of the tapes.

There are actually two photos of Clinton, one of which shows the former president with both Jun-Lyn and her husband and another that shows only her husband.

Will the truth finally be revealed?

I think they both need to answer for their crimes!

Before COVID-19, Slick Willie was exposed to CUDDLES-14.

I’m pretty sure 50 y/o Presidents shouldn’t be trying to have sex with 16 y/o girls.

No Epstein teenager has filed a lawsuit against the $150 million net worth Clintons.

Most Democrat voters won’t care. All they care about is gimmiedat, abortion, LGBTQWERTY or the “Revolution.”

Where are all these young women? It would seem to me that a few of them just might like to get some payback for being pimped out to dirty old men and women. 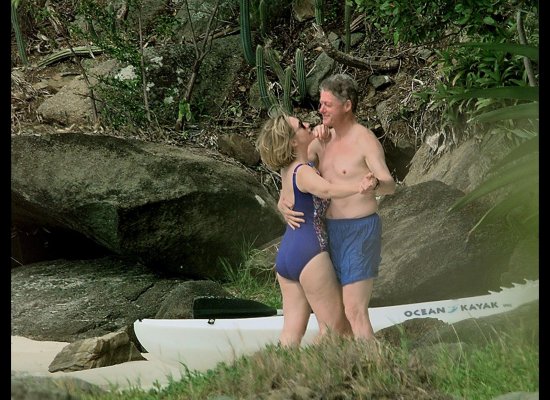 How can he confirm Clinton was dancing with all the pretty girls unless he too was there?

That picture has been photoshopped, Hillary’s ass is way bigger than the one in the picture....

No Epstein teenager has filed a lawsuit against the $150 million net worth Clintons.

Of course not. Someone has showed them the ever increasing list of Arkancide victims.

Dersh was dancing with all the dogs. He’s not exactly the sexiest man alive. I used to hold that title. About 35 years ago. 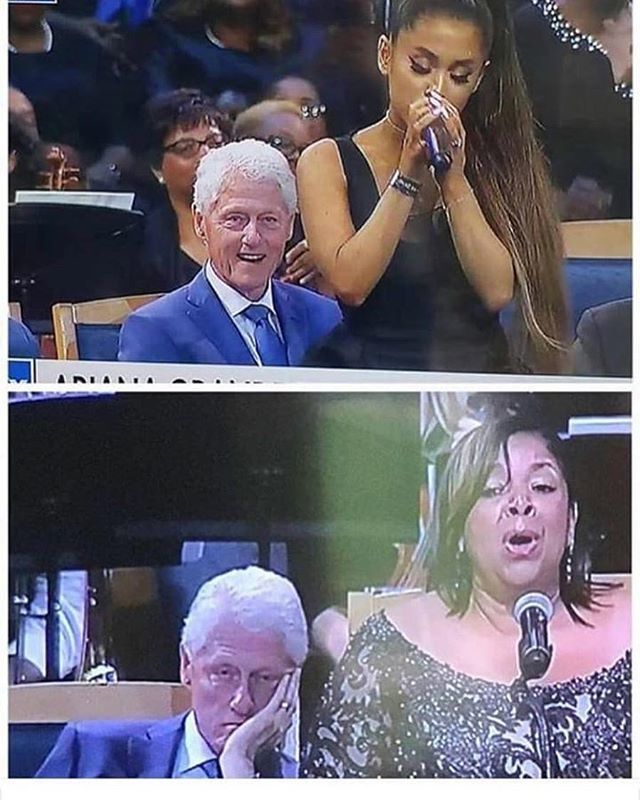 Slick Willie’s “Willy” described: “Arkansas state employee Paula Jones signed an affidavit in which she testified to the size(about 5 inches), circumference(A quarter-The Coin!) and unique angle of Bill Clinton’s penis, described by The Independent as “rather like a finger bent at the joint.”

Could this article with the title yelling “Video: Alan Dershowitz Describes A Party With The Clinton’s: “Bill was dancing with every beautiful young woman at the party” be click bait.

A young woman to me is a woman in her 20s. Is that illegal?

Could the Title of the article be contrived to influence the reader to visit the web site expecting to see solid facts proving Bill Clinton dancing with underage women?

Could this have been done to generate money for ads place on the website?

Mainstream media does this to drive up their TV ratings. According to my Ad blocker there were 22 ads on that page along.

Has the Red State Nation website became the National Enquire Minds want to know of the internet?

There is some good details in the article but the Video and the Title was way overboard and have nothing to do with the other details.

They probably don’t want to “kill themselves” like Epstein did.

Ariana Grande is hot, the other is not.

When L/E first examined Epstein’s books, they found Bill Clinton and his buddy Doug Band with some 20 or more email addies and tele nos. might explain why so many foreign govt’s gave the Clinton Foundation hundreds of millions of dollars. L/E considers having multiple communications a sign of money laundering.

ITEM—Doug Band ran Teneo Consulting which some consider the Collection Agency for individuals wishing to gain access
to the Buy-Me Clintons. Besides a foundation “donation), a huge speaking fee for Bill was always part of the access deal.

ITEM-—When she was running State, Hillary gave her top aide, Huma Abedin, a dispensation to work at State AND
Teneo both at the same time. Sen Grassley rightly called this the MO to sell top secret political intelligence to big buck buyers.

ITEM-—Billyboy had that “pass-through” account.....monet deposited in the AM was out in the PM....
could have gone anywhere....numbered accounts, offshore banks, hedge funds, another “do-good foundation.”