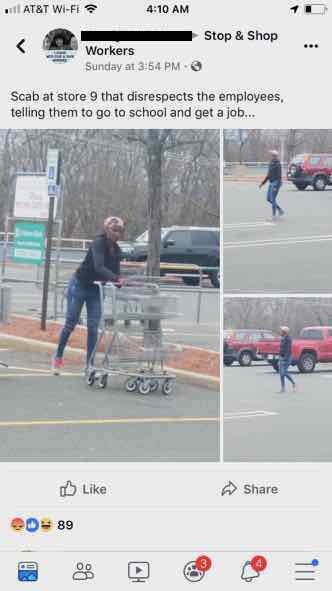 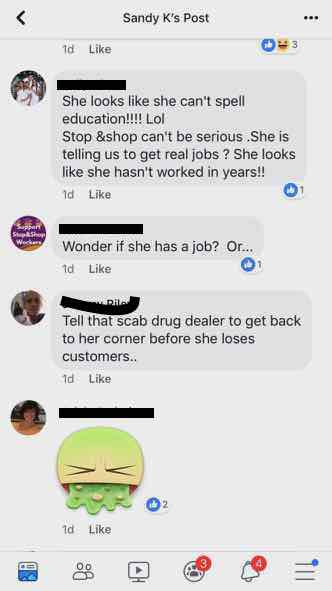 See link for full album. So 30k workers go on strike at Stop & Shop over increase insurance premiums of $2-5/week and they jump on the crazy racism train. Good luck getting you customers back.

These highly skilled employees will be very difficult to replace. Probably lots of people willing to try though.

Want to see them REALLY lose it?

Tell them “Better learn to code.”

Face it, liberals are racists. This is how they show their racial tolerance.

Like Bernie arguing against those who want to take his book “profits”.

Should take all his money just to see his head burst like that movie scene...

Glad to see a black person stay on the job, while loser whites whine about not getting enough money for less work.

That is STILL so disturbing...

I remember watching that movie many years ago, and noticing that right after the head explosion the shot was from further back and there was no gore anywhere.

When the grocery workers were on strike in LA years ago, I often went to the store because there was so few people shopping and I could get in and out fast. I remember getting into a yelling match with picketers, all Hispanic. It was fun. One jerk yelled out, “Don’t you care about families?” I answered, “Yes. I care about my family, not yours.” Nowadays, they’d beat the crap out of me.

They’re so nasty I wish they’d be fired and the “scabs” hired on.

In my town, the nurses were on strike at the hospital.

The hospital is at the end of a short street and on the way there are doctors offices, diagnostic labs, a dialysis place, a convalescent home, etc.

I was on my way to Quest Diagnostics and when I turned the corner the nurses were starting to converge on my car.

This was in the glory days of SEIU,Lord Zero,ACORN, etc.

Nobody in our family is going to this hospital unless we are bleeding out or in cardiac arrest or something.

Last time my husband went to the emergency room(different hospital)I watched 3 nurses attempt to install a picc line into his arm. It took them twenty minutes.

It made me think of that Leonardo DiCaprio movie “Catch Me If You Can” where his character posed as an airline pilot, a doctor and I forget what all. I thought these were people posing as healthcare workers.

While some people sing the praises of nurses as “the ones who do all the work” and hold them up as some kind of gender victims, I’d never leave a loved one unattended in a hospital for any period of time. Maybe they’re overworked, the shifts are too long, whatever; if you don’t have someone with a patient looking after them, they are ignored.

A striker called in to Dan Rhea last night. Works in the meat department, been there 25 years, makes $25/HR. He sounded like a sorry son of a bitch, more pathetic than vicious. 50k is not a lot of money in Massachusetts. I feel sorry for him, and am grateful that he does his best to support himself, unlike many others.

Realistically, Stop and Shop has about the highest labor costs among grocers in New England. They are barely surviving. The only way the union can win is by destroying the company, like mutineers who sink their own ship.

I understand why they are bitter. They are blaming the wrong people. It’s the Democratic politicians who deliberately and knowing betrayed them, importing millions of unskilled workers to compete against them, and hoping to keep both the white working class and gain the new entrants.

The white working class gave them Trump. The new entrants gave them Occassio-Cortez. The old guard Democrats like Pelosi and Schumer are relics, but in their death throes they don’t mind if they take the country with them. They are like Hitler in his final days, they blame the country for failing them.

I’ve heard that too.

When my husband was in the hospital with cancer I was down there almost everyday.

Interesting. I note that in my experience in Connecticut, Stop & Shop has more black employees than most supermarkets. When I’ve shopped there, the employees have always been helpful and courteous. It’s not my go to supermarket because other places have (to my taste) better meat, better produce, and sometimes better selections, but I’m tempted to go, just for the joy of crossing a picket line. (Only union I ever belonged to was the musicians’ union, which I had to join in high school when my Dixieland band got a regular paying gig at a local pizza parlor....)