Or in the immortal words of Father Guido Sarducci: 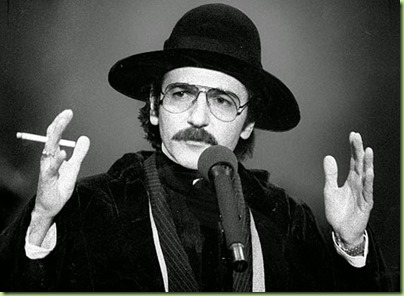 Even the path of the upcoming solar eclipse, according to Boston Globist, Matt Rocheleau, is about political sides: 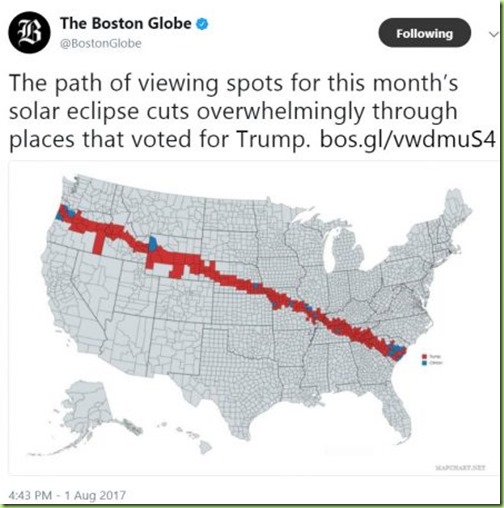 In the article that we’d like to think was tongue in cheek, but can’t be sure, Matt asks “Is the eclipse throwing shade at Clinton supporters?” The Twitterverse was quick to respond. 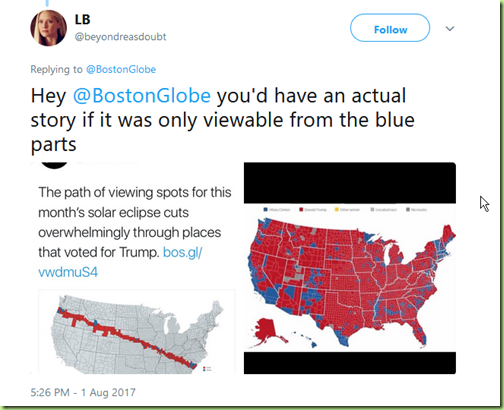 Indeed, the Hillary Eclipse would follow no known set astronomic physics - or rules of any kind  for that matter – and that would make it far more awesome: breaking the celestial glass ceiling so to speak. 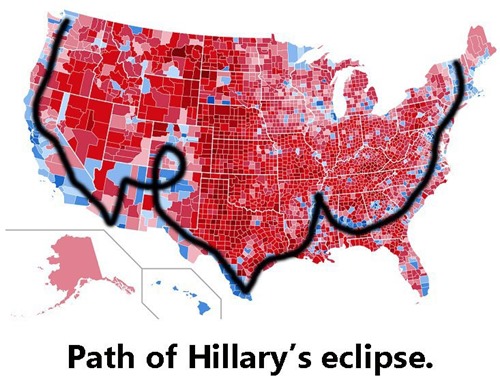 And I don’t know if this means anything or not but I would point out that the Mormon Trail also cut overwhelmingly through areas that voted for Trump.

I suppose that could indicate some sort of collusion on Trump’s part with one of our other sworn enemies, Mitt Romney. More likely, all it means is that there will be a lot of folks clinging to their guns and religion along the path of totality of the August 21st solar eclipse.

They’ll make you go blind too!

And a lot quicker than the other way.

It would be a good day to schedule a round-up. All of the elite looney left will be outside and concentrating on celestial matters.

Didn’t know solar eclipses were racists. We got to stop having racist eclipses...#BlackLivesMatterinSolarEclipes #StopRacistEclipeses

Someone needs to start an eclipse thread. Where do you plan to be?

Right here! I live in metro east saint Louis. We are right in the path!

I’m in Cape Girardeau, MO. We get over two minutes of totality. And as a bonus another one in 2024!

As for this Boston Globe observation, the idiocy of it is strong and leads one to wonder if the rest of their 'news coverage' equals it in intellectual value!

The Creation of the entire Universe is Racist.

Science itself is Racist.

For these fools the only thing real or true is in the now.

Hip hop, gangster rap, gender fluid, safe spaces and NOTHING that can be defined.

For these idiot progressives, anything that can be defined is attacked for its certainty.

As an example, when a white cop shoots dead a black person and there is clear evidence the cop was wrong, there are no protests. It’s only when the circumstances surrounding the shooting/death are somewhat unclear is when they rally their forces in protest.

They exploit uncertainty because they can’t exploit certainty.

Global Warming is another example.

Trump and Russia is yet another.

I hear you. I'm to your east, in the Cascade foothills, east of Lebanon. I'll be going to my back yard to see the "fun". Ho hum, another decade, another dollar. I was around for the near total eclipse in 1979, 82%. Had to stop work for 15 minutes, it was so dark.

I took my coastal vacation early this year, in July. Lodging and restaurant people in Newport said they were already building the barricades, so to speak, against the expected hordes.

This is the most mind-numbingly insane stuff I’ve seen today.